The Eviction Ban: A Case Study in Congressional Dysfunction 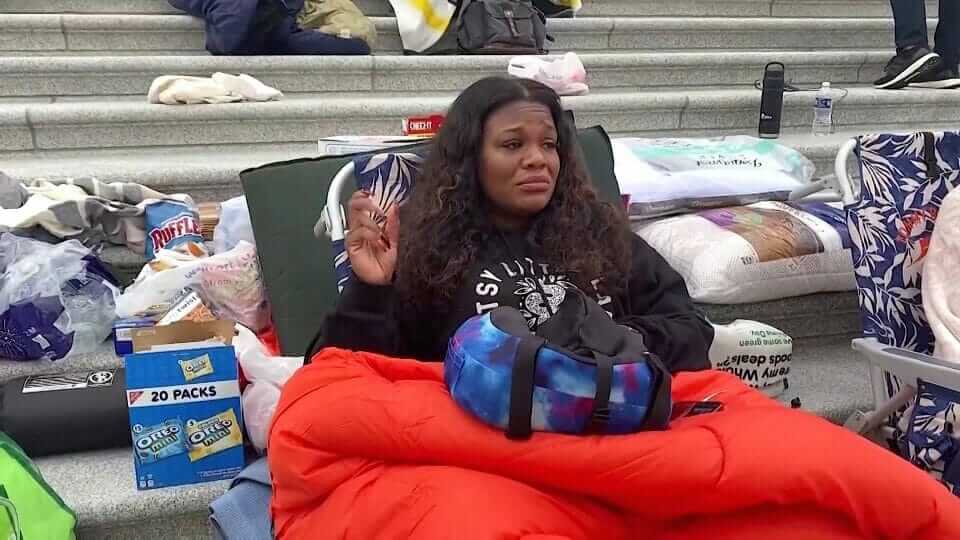 “Our members of Congress—no matter how extreme their ideological predilections—have a duty to quit using the institution as a performative stage and begin working within it to actually forge policy solutions to our most pressing issues.”

On Friday, July, 30th, Congresswomen Cori Bush, Ilhan Omar, and Ayanna Pressley slept outside of the United States Capitol to protest the lapsing of the Centers for Disease Control and Prevention (CDC)’s eviction moratorium.

That single sentence nicely sums up two dynamics that define congressional dysfunction: (1) the delegation of major policy decisions to the executive branch and (2) the rise in performativity by members of Congress in the absence of actual legislating.

I take no position on whether a nationwide ban on evictions is still warranted, and I do not doubt that these members of Congress feel strongly and genuinely about the ban’s importance. In fact, Congresswoman Bush once was homeless and lived out of her car with her infant children. While I disagree with many of her policy prescriptions on how best to combat homelessness, she writes movingly regarding the nation’s housing problems.

As Congress’s institutional knowledge and strength have withered away in recent decades under the weight of gridlock and partisan polarization, many members of Congress have never had much experience engaging in the grind and give-and-take of the legislative process. They are habituated to towing the party line when in the majority and then lambasting the other side’s moves when in the minority. Their law-making muscles are weak and memories of collaboration, especially across the aisle, nearly non-existent.

As a result, when major policy needs bubble up from the cities, suburbs, and countrysides of America, a few very strange things happen. Congress passes the buck to the executive branch, and then members of Congress begin acting like activists, influencers, and media stars rather than legislators.

Instead of stepping into the breach and working with one another to mete out relevant legislation in the face of genuine social and economic challenges, members of Congress look to the executive branch to take action. They seem to be capable of expending vast sums of money—especially in the event of a crisis, when that money can be quite necessary—then they leave it up to the executive branch to attach the detailed conditions to those dollars. Meanwhile, unwilling to go through the necessary yet painful process of compromise, they rely on the executive branch to formulate the detailed regulations that actually govern American life and drive our political debates. By shirking their legislative duties, members of Congress grant the executive branch undue power (which it tends to be all too happy to seize). In doing so, members of Congress rid themselves of their legislative responsibilities and free themselves up to play the role of ideological purists. This exacerbates polarization and dissatisfaction with politics on the part of everyday citizens.

How so, exactly? By excusing themselves from having to give an inch to the other side and from having to take a tough vote from time to time in order to pass meaningful legislation, members of Congress instill in their constituents a false sense that everything is both simple and broken. And in the event that a problem is not solved by delegation to the executive, these members of Congress can claim that their (and their constituents’) views on a given policy are eminently righteous and just and that they did all that they could, yet the “other side,” caught up in its sheer hatefulness, has thwarted said policy from coming into being. Often too ideologically zealous themselves, the constituents (who increasingly reside in “landslide districts” where their representative is as true a believer in some form of extremism as they are) take their members of Congress at their word: “Yes,” they think, “those (*fill in the partisan blank*) really are evil.”

In an alternative universe—with a less hate-filled citizenry and a more courageous and capable Congress—the knee-jerk reaction by members of Congress would not be to pass the buck and lament the other side’s cruelty or wrongheadedness when faced with a genuine opportunity for legislative solutions. Instead, there would at least be a bit of actual wheeling and dealing and giving and taking before everyone threw in the towel and retreated to their respective cable television news stations and Twitter feeds. (Note: The fact that this is not what is happening on the infrastructure bill, which seems to be nearing passage, is what makes that bill and the process that produced it so extraordinary. That said, it is a spending bill after all, most of whose pay-fors are holdovers from the massive Coronavirus (COVID-19) relief bills).

This brings us to the recent brouhaha over the eviction moratorium. While Congress was able to cobble together a number of massive spending bills in response to the pandemic, the CDC unilaterally promulgated substantive regulations surrounding evictions. With questionable statutory and constitutional authority, the CDC issued a moratorium on evictions in early September, 2020. It proceeded to renew that moratorium until it was allowed to lapse on July 31st.

The Supreme Court has rightly taken the ball out of the executive’s court here. In the case of Alabama Association of Realtors v. Department of Health and Human Services last term, the Court allowed the moratorium to stand by a vote of 5-4. However, in siding with the Democratic appointees as the fifth vote, Justice Brett Kavanaugh made clear that “clear and specific” congressional action would be needed to extend the eviction ban past July 31st. In other words, the Court gave executive overreach a pass for the time being due to the uncertainty and chaos unleashed by the pandemic, but it would not permit the CDC effectively to legislate forever. The legislative branch would have to step up and do its job.

Thus, the White House’s announcement that Congress would have to act if the ban were to live on was grounded in an inescapable and unmistakable legal reality. But Congress failed to act.

Even before running into a Republican roadblock in the Senate, House Speaker Nancy Pelosi failed to bring together a majority in support of the eviction ban’s extension in the Democratic-controlled House. Democratic House moderates—a key yet often undiscussed Democratic voting bloc in Congress—were unwilling to get behind it.

I do not know enough to say that progressive, extremely pro-ban extension members like Congresswomen Bush, Omar, and Pressley did not try to persuade and cajole their colleagues behind closed doors. That said, the White House issued its statement saying it would not be attempting unilaterally to extend the ban on July 29th. Congresswomen Bush, Pressley, and Omar were staging their protest by the night of the 30th. If there was any attempt at persuasion and compromise, it seems that it did not last 24 hours.

Thus, it looks like these younger members of Congress did what they do best: They took to activism, protest, and social media. They certainly gained attention and purity points with their bases, but they did not do anything actually to extend the eviction ban.

Senior leaders in Congress did not do much better. In fact, Speaker Pelosi responded to the White House announcement by asking the administration to do what it literally just announced it could not do. In a statement, Speaker Pelosi first elided the fact that she could not get the requisite bill through the House by saying that “it is clear that the Senate is not able” to pass the bill, and then she declared that “Action is needed, and it must come from the Administration.”

Whatever one’s views are on the eviction ban, it is depressing to watch congressional weakness and dysfunction and performativity all play out in real time.

Members of Congress are so fearful or incapable (or both) of creative thinking and compromise—even within their own party—that they are staging protests outside of their own institution, posing as outsiders as if they are not endowed with the power and privilege of being insiders. Constrained by purity and allergic to giving an inch, Congress appears incapable of doing its job.

The eviction ban debacle is just the latest example of this worrisome dynamic. Whether the policy itself is desirable or not, its abject failure in Congress underscores deeper institutional failures. If we cannot correct those failures—and fast—we will continue to be dependent on unelected bureaucrats and experts in the executive branch to fulfill our governance needs. We will continue falling prey to the notion that governance is simple and that the other side’s intransigence is all that is holding us back from reaching policy heaven.

Our members of Congress—no matter how extreme their ideological predilections—have a duty to quit using the institution as a performative stage and begin working within it to actually forge policy solutions to our most pressing issues.

Thomas Koenig is a student at Harvard Law School and the author of the free “Tom’s Takes” newsletter on Substack. He can be found on Twitter @thomaskoenig98