UFOs, Zombies, and Our Cyborg Futures 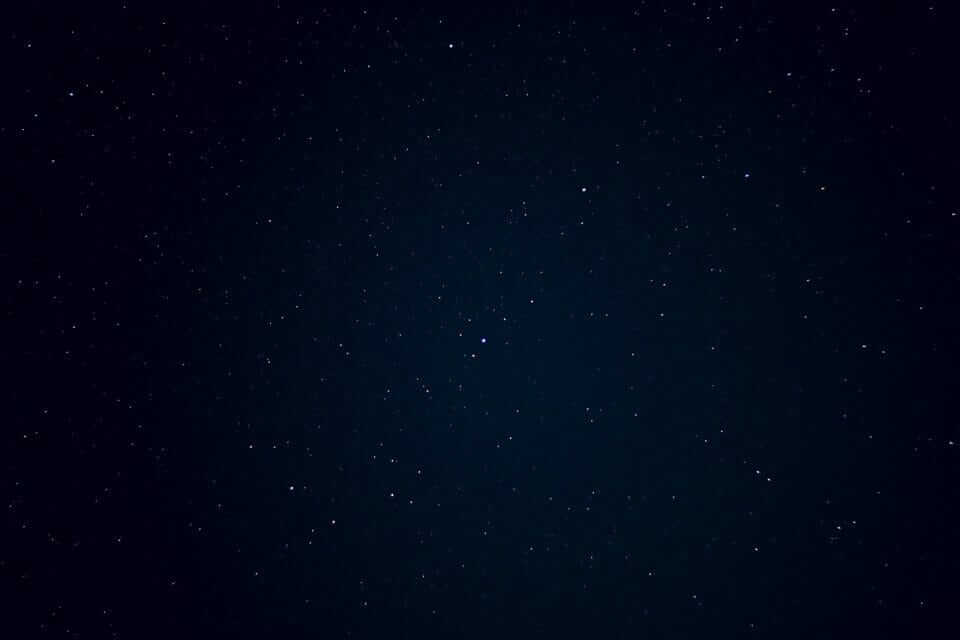 “However, without wishing to entertain hyperbole, we may conversely deem this great exposé to be rather trivial—even inconsequential—especially when considering the increasingly ‘extraordinary’ nature of our own existence.”

The question of whether or not we are alone in the universe has seemingly been answered.

After decades of denial, the government of the United States has recently disclosed that UFOs—or what it calls UAPs (unidentified aerial phenomena)—exist. This admission is best understood through a recent study exploring 140-plus sightings documented over the past two decades. While the results of the interim report have been termed inclusive, neither confirming nor denying a link to alien activity, the government’s concession that UFOs are real and true unknowns that require further investigation provides validation enough to the conspiracy theorists and believers alike.

One particular sect that may find solace in these recent revelations is the Fourth International Posadists, the disciples of a niche branch of Trotskyism that attempt to introduce elements of ufology into Marxist thought. Founded by J. Posadas in 1962, Posadism argues that only communism can allow for the development of interplanetary travel, concluding that visiting aliens from other planets must live in highly advanced communist societies. Ultimately, Posadists advocate that these aliens would readily help Earth-based communists bring about the world revolution, freeing the proletariat from the shackles of its labors. Indeed, in light of the government’s recent declaration on the existence of UFOs, Posadists may feel that the uprising is now due.

Of course, while the ideologies of this idiosyncratic socialist movement may feel like those of some madcap cult, the Posadists are far from alone in believing aliens exist, with over 50% of Americans similarily identifying as believers.

Man’s preoccupation with ufology and the possibility of alien life is time-honored, with sightings dating back to at least the 1500s. However, it is only in the last century that these close encounters have become common and widely reported. Much of the public’s interest in extra-terrestrials arguably stems from the flying saucer craze of 1947, during which the United States Army Air Forces announced the capture of a UFO, only to retract the story hours later, claiming that it was a crashed weather balloon and making for a bizarre U-turn that has fueled our curiosity for decades.

This mode of life, one that is defined by work, has previously been best understood through the zombie metaphor: a life of non-living.

Today, our fascination with little green men is made all the more curious as Washington comes clean on what many have long since suspected. However, without wishing to entertain hyperbole, we may conversely deem this great exposé to be rather trivial—even inconsequential—especially when considering the increasingly “extraordinary” nature of our own existence. This is to say, if aliens are defined as strange beings belonging or relating to another place, planet, or world, then it is no great exaggeration to suggest that they already walk among us. Indeed, with so much of our lives now being played out in a digital realm—a second life—we are no longer a species at one with our planet, rather an alien other seeking to live beyond it.

Truly, the digital revolution has played a pivotal role in making us “strange,” and this is no truer than in the way that mobile technologies have facilitated the pervasiveness of modern work, creating a seemingly inescapable and unbreakable bond between us and our labors. This mode of life, one that is defined by work, has previously been best understood through the zombie metaphor: a life of non-living. Stupefied by our labors, we, the proletariat, have long since been taxonomized as mindless revenants, plagued by aimless actions and incapable of sustaining coherent thought.

The idea that workers are condemned to a limited existence is a significant pillar of early political discourse, emanating from the classic period of Ancient Greece. Significantly, it was Aristotle who excluded slaves and workers from the categorization of those capable of achieving eudaimonia—a human’s telos or purpose, the deep-rooted happiness of self-actualization and the highest goal to which all others are subordinate. While Aristotle may be famed for his ancient cultural prejudices—also excluding women from such flourishing—it was arguably the conditions of their labors that led him to consider workers’ lives to be somewhat deficient. Specifically, Aristotle considered the lack of time for leisure, contemplation, and practicing the virtues, particularly phronesis, to be incompatible with such blessedness.

Coincidently, the Ancient Greeks are understood to have been the first civilization to have lived in fear of the living dead, with archaeologists unearthing graves containing skeletons pinned down by rocks and other heavy objects, assumedly to prevent the dead bodies from rising and reanimating. It was not until the 17th century, however, when West African slaves were brought to work on Haiti’s sugar cane plantations that the link between labor and zombies was more plainly established. With many slaves being worked to death within the first few years of arrival, the brutal conditions left the slaves longing for freedom as the life—or rather afterlife—of the folkloric zombie became an allegory for their servitude.

While the conditions suffered by the West African slaves were far more barbarous than the more nuanced forms of oppression we experience today, the zombie metaphor persists. However, as Carl Cederström and Peter Fleming note in their 2012 provocation Dead Man Working, while the analogy of worker-as-zombie serves well to communicate the hopelessness of a worker’s subjugation in general, it ultimately and crucially fails to mimic the significant marks of our current plight. Contrary to the unknowing zombies conventionalized by Hollywood movies, we are in fact acutely aware of our condition. Feeling constantly drained but not blessed with the luxury of ignorance or terminus, we occupy a suspended space, one where not only are we not living, but we also know it. This makes for a truly harrowing existence.

However, over the past decade, as the way we work has continued to evolve with the advent of new technologies, the zombie metaphor has become increasingly immaterial. Today, in our progressively connected world of work, I argue that the modern worker feels less akin to one of George A. Romero’s living dead and, instead, more readily comparable to a member of Star Trek’s Borg. These cybernetic organisms—or “cyborgs,” as coined by Manfred Clynes and Nathan S. Kline—are a construct of both organic and biomechatronic body parts, a harmonious marriage of man and machine. Of course, the idea that humans are becoming cyborgs is nothing new, with the likes of Donna Haraway long since citing that the relationship between people and technology has become so intimate that it is no longer possible to tell where we end and where machines begin. Considering the ceaseless advances in the field of computer technology, particularly in terms of the tools being developed to help us do our jobs, the trope of the cyborg appears more and more apt to describe our current condition.

However, it is not just individual relationships with technology that give just cause for such similitude. The Borg civilization exists as a hive mind known as the Collective. Within the Collective, each member or “drone” is connected by a sophisticated subspace network, ensuring that it is given constant supervision and guidance. New members are co-opted into the Collective through the process of “assimilation,” forcibly transforming them into drones by injecting nanoprobes into their bodies and surgically augmenting them with cybernetic components.

Naturally, the idea of having electrical and mechanical components surgically grafted to our bodies with the goal of integrating us into a wider network may feel like the product of some far-fetched dystopian narrative, aping William Gibson or Philip K. Dick. However, not unlike the Borg, we too have come to operate as a collective consciousness. With our compulsion to be always online—to be connected—it is not illogical to consider our ingrained relationship with the Internet as a consequential step in the “natural” evolution towards such a dystopia.

Ostensibly, they are equally a celebration of the role technology can play in moving our species forward, as much as they are a mark of the macabre end of humanism.

As new mobile technologies continue to emerge, further connecting and propelling us towards our cyborg futures, so to have a wealth of images documenting our changing landscape. Notably, there has been a proliferation of dank memes bastardizing the Evolution of Man, capturing our apparent progress. These images portray mankind’s evolution from ape to modern man and latterly to cyborg, which is principally depicted as a higher being, a more advanced man. Ostensibly, they are equally a celebration of the role technology can play in moving our species forward, as much as they are a mark of the macabre end of humanism.

But, while these images try to glamorize our cyborg futures, they also neglect to feature the significance of our zombie pasts, presenting our journey from modern man to cyborg as all too compliant. Crudely, they gloss over the decades of our subjugation, the breaking down of modern man into a docile vessel, prior to and ready for our reanimation.

The stark reality is that our bionic near-futures will not be the realization of some cosplay fantasy, mirroring the sexy androids common to manga and anime; our minds and bodies are far too tired and broken for that. Rather, we seem doomed to assume the relatively uncharted role of the zombie-cyborg: the monstrous hybrid has recently crept into pop culture psyche, appearing in games like Call of Duty and Minecraft and, even more recently, movies including Zach Snyder’s Army of the Dead. I argue it is this strange hybrid that has come to represent the zeitgeist of modern work, embodying the intersection between the mental atrophy experienced by the contemporary laborer and the pervasiveness of mobile technologies.

The foremost example of this ill-fated marriage can be located where casual workers are required to use apps to “win” work—an increasingly familiar arrangement for those working under zero-hour contracts within the retail and hospitality sectors.

As the Deliveroo riders circle the local fast-food plazas like vultures, ready to pounce on the scraps of work, they are pitted against each other in a Hunger Games-style contest. In this unique amphitheater, these hapless food couriers compete in a round of fastest-finger-first for the right to deliver another person’s meal, with some earning as little as £2 per hour for the honor.

However, while the overtly poor working conditions and meager pay render this picture unmistakably tragic, the horror of the situation is only fully understood when the courier’s smartphone runs out of battery or loses signal, excluding him from the game and, ultimately, from an income. In this scenario, the importance of being connected is laid bare, as the modern worker is presented with a Sophie’s Choice, assimilate or face extinction. Resistance, after all, is futile.

Al Binns holds a master’s degree in philosophy by research from Nottingham Trent University. He is the debut author of The Incredibly Strange Creatures: Or How I Learned to Stop Being a Mixed-Up Zombie and Survive Modern Work!!?, forthcoming from ZerO Books. He can be found on Twitter @Tsunami__Life