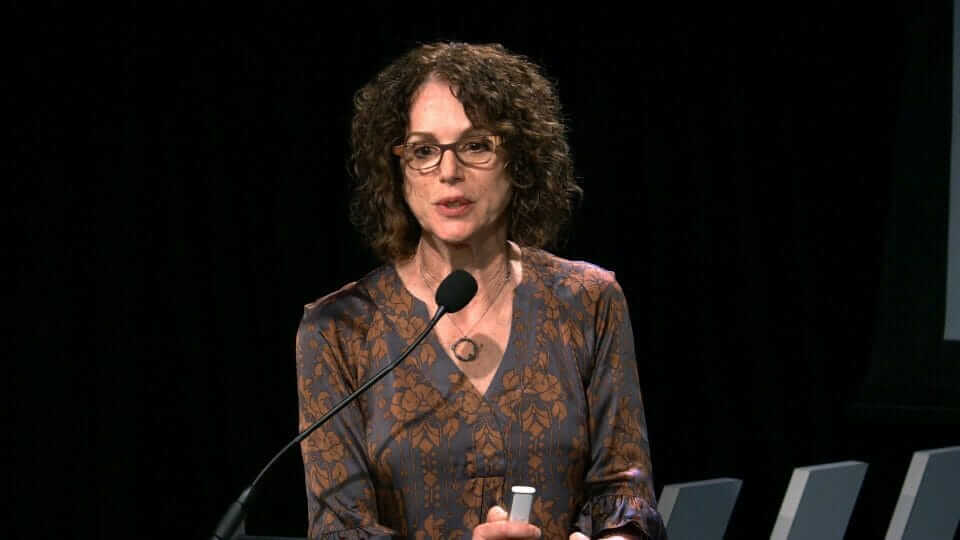 “One thing that sets Nice Racism apart from her other books is the depth of its cynicism.”

Robin DiAngelo’s new book, Nice Racism: How Progressive White People Perpetuate Racial Harm, is the third installment in what can be termed her “critical whiteness trilogy,” a group of books that attempt to promote white racial literacy and expand upon a discipline known as whiteness studies. As DiAngelo writes in her seminal 2011 paper “White Fragility,” “Whiteness Studies begin with the premise that racism and White privilege exist in both traditional and modern forms, and rather than work to prove its existence, work to reveal it.”

Nice Racism, like all of DiAngelo’s work, is not interested in using science or rational inquiry to prove racism or white privilege exist. Rather, it sets out to reveal their existence through so-called lived experience, an overreliance on anecdotal observations, and the frequent citing of critical whiteness literature, the bulk of which also ignores the scientific method by skipping rigorous data collection and jumping straight to conclusions.

According to DiAngelo, “niceness” is a white progressive’s “silence” or amounts to choosing racial comfort over daring to address the ways in which racism, white privilege, and white supremacy permeate all aspects of society. Niceness is also a kind of progressive phoniness, which manifests as goodwill and denies racism. Whites telegraph their niceness to people of color through “a light tone of voice, eye contact accompanied by smiling, and conjuring affinity such as a shared enjoyment of a music genre,” among other superficial white gestures. Whereas White Fragility was concerned with so-called “white tears” (all the ways white fragility manifests through complaints about how hard racism is on whites), Nice Racism is concerned with a type of facecrime DiAngelo labels “over-smiling,” which “allows white people to mask an anti-Blackness that is foundational to our very existence as whites.”

In the first book of her critical whiteness trilogy, What Does It Mean To Be White?:Developing White Racial Literacy, DiAngelo poses the essential question, “What does it mean to be White in a society that proclaims race meaningless, yet is deeply divided by race?” But this question was flawed. White America does not believe race does not matter; it believes it should not matter, as Pew Research and other studies have shown. Such nuance was not lost on DiAngelo; she has a bachelor’s degree in sociology and Ph.D. in multicultural education. DiAngelo purposely framed her essential question in such a manner to enable her to redefine and attack traditional colorblindness and individualism, two concepts DiAngelo targets and believes are central to systemic racism and white supremacy in America.

In her next book, White Fragility: Why It’s So Hard For White People To Talk About Racism, she repackaged the concepts in What Does It Mean To Be White? into a more mainstream text that was genius in its ability to serve as a playbook for activists and politicians using identity politics to gain power, win elections, and transform American culture. It centered around so-called “white fragility,” a phrase DiAngelo coined in 2011 which to her surprise caught on in 2014. “White fragility,” which has now become a quasi-psychological term used to describe the defensiveness of whites when discussing racism, is heavy on politics and light on science. DiAngelo has not bothered to do a single rigorous, quantitative study on the supposed psychological condition, outside of anecdotal observations in diversity workshops and a handful of qualitative studies in her Ph.D. dissertation.

Yet the political usefulness of “white fragility” has protected it from rational inquiry ever since, and, as a result, it is now a plausible psychopathology those pushing identity politics can use to shut down any criticism or disagreement with their policies or positions on racial issues. As DiAngelo states in White Fragility: “We have yet to achieve our founding principle, but any gains we have made thus far have come though identity politics.”

This leads to Nice Racism, which DiAngelo acknowledges is an unofficial second installment of White Fragility. More accurately, it is a second repackaging of What Does It Mean To Be White?, the first of her critical whiteness trilogy and clearly the best of the three books in terms of depth and scholarship. By the time we get to Nice Racism, DiAngelo is repeating herself yet again, though she does manage to coin new terms (like “nice racism” and “over-smiling”) and develop more intricate and elaborate ways to identify and expose racism, which DiAngelo is convinced exists in every white person in every situation in America.

Although this anecdote is used to frame the thesis of the book—that progressive, well-meaning whites can unintentionally do harm to people of color—it gives readers a glimpse of DiAngelo’s questionable instincts when it comes to race.

In the opening chapter of Nice Racism, DiAngelo recounts a time in college when she and her partner went out to dinner with a black couple and how DiAngelo, who had no experience around blacks, decided to show this couple how progressive she was by explaining how much she differed from her family, who were overtly bigoted. DiAngelo did this by sharing “every racist joke, story, and comment” she could remember her family making, and she ended up offending and embarrassing the black couple. Although this anecdote is used to frame the thesis of the book—that progressive, well-meaning whites can unintentionally do harm to people of color—it gives readers a glimpse of DiAngelo’s questionable instincts when it comes to race. This bizarre episode was already covered in What Does It Mean To Be White?, which is one of many examples of the recycling of material and ideas found throughout Nice Racism.

DiAngelo, clearly facing criticism from the public over her generalizations about whites, goes on to qualify the audience of Nice Racism to “progressives,” but then she generalizes about all whites anyway. Further, she uses linguistic gymnastics to explain why her derogatory characterizations of white people do not qualify as “stereotyping” before distorting the traditional concept of individualism (a philosophy of self-reliance where individuals have intrinsic value independent of the collective), which she describes as “the concept that we are all unique and that our group membership (such as our race, class, or gender) are not important or relevant to our opportunities.” This is a hallmark of DiAngelo’s work: redefining traditional positions on issues to make them easier to dismiss or nullify.

She makes no attempt to hide her manipulation of language to shape narratives and discourse, as she literally explains to the reader in her Introduction that “language is not neutral” and that “the terms and phrases we use shape how we perceive or make meaning of what we observe.” As such, DiAngelo redefines “individualism,” “universalism,” “colorblindness,” and even Martin Luther King Jr.’s “Dream” into crippled versions of themselves. She does this in order to knock them down like strawmen. It is not that any of this is new; she redefined these terms already in What Does It Mean To Be White? and is now simply solidifying her newspeak jargon in Nice Racism.

Other things covered in Nice Racism, most of which have been recycled from previous work and neatly repackaged under new headings, include the notion that whites are racially illiterate and that “opinion” is different from informed knowledge (Chapter 3: There is No Choir). The so-called “moves of whiteness,” which were previously covered in her Ph.D. dissertation and highlight the ways whites downplay their advantages, include lecturing people of color on racial solutions, pretending racial segregation in their neighborhoods and schools is accidental, dominating conversations on race, and rushing to prove they are not racist, among other behaviors (Chapter 5: The Moves of White Progressives). The disingenuousness of white guilt is discussed, and she asserts that it is a ploy to control the narrative on race and perpetuate white supremacy, given her view that white emotions are sociopolitical (Chapter 7: Let’s Talk About Shame). And she also describes how whites, because of the pseudoscientific concept of “intersectionality,” can still be racist and privileged and perpetuate white supremacy, even if they are working class, or LGBTQ, or married to a person of color (Chapter 10: How White People Who Experience Other Oppressions Can Still Be Racist, Or ‘But I’m a Minority Myself’).

Nice Racism, like all of DiAngelo’s work, manages to take universal human foibles (arrogance, argumentation, narcissism, etc.) and associate them solely with “whiteness,” as if white narcissism were somehow different from, say, Latino narcissism or African American narcissism; even suggesting as much seems incredibly racist, which is yet another irony of DiAngelo’s strange worldview. As a critical whiteness scholar, who embraces many of the fundamental tenets of critical race theory, DiAngelo seems primarily concerned with disrupting white Western culture, not on providing practical suggestions for improving it. Studying racism is not solving racism, nor is it meant to. The goal of her work is political activism and not interpersonal skill-building or the development of common values.

One thing that sets Nice Racism apart from her other books is the depth of its cynicism. Even cross-racial relationships are rarely legitimate according to DiAngelo, as most are either developed at work or with neighbors. As such, they are not “authentic” according to her rules. DiAngelo even goes so far as to dismiss as racist and condescending spiritual teachers who teach that on a cosmic level, we are all one unified consciousness (Chapter 6: Spiritual, Not Religious).

Nice Racism is the third installment of DiAngelo’s dystopian critical whiteness trilogy, and it is as neurotic as it is bleak. It is not enough that we discover and root out racism in all its evolving forms, including unconscious implicit biases and microaggressions, but now we must also find it in niceness, too. In short, racism has permeated everything, good and bad, overt and covert, and it sadistically lies behind smiles as well as frowns.

Christopher Paslay is a Philadelphia schoolteacher and the author of Exploring White Fragility: Debating the Effects of Whiteness Studies on America’s Schools.