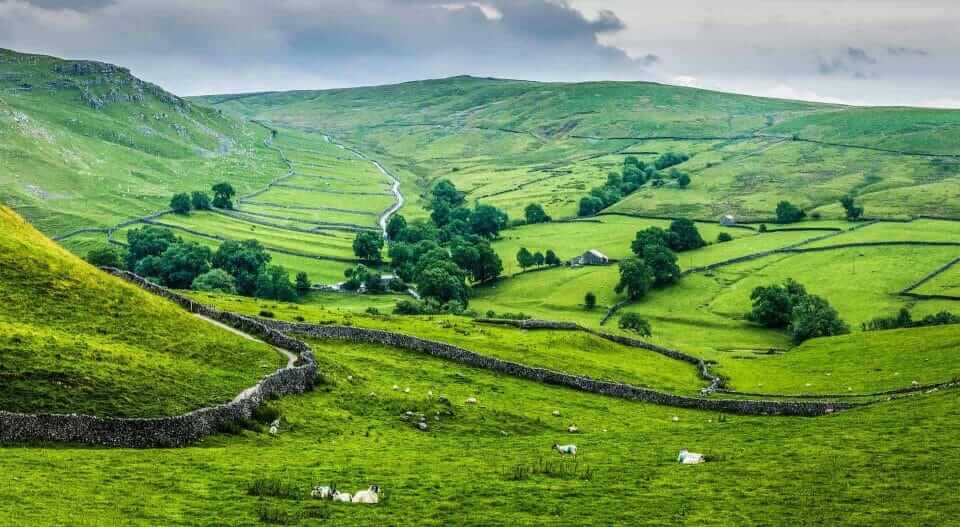 Sohrab Ahmari’s The Unbroken Thread: Discovering the Wisdom of Tradition in an Age of Chaos and Michael Brendan Dougherty’s My Father Left Me Ireland: An American Son’s Search for Home are ostensibly about different subjects: tradition as guide and Ireland as a spiritual and ancestral home. These two books are bound by their contrasts. They each converge on their diagnosis of what ails us in this time of late modernity. In their particular ways, they come together on what might act as a salve to our sense of loss in a world we navigate as wanderers without a destination or home to which we can return.

Our modern culture is geared, more perfectly than any other, to not only not answering our deepest questions, but denying such questions are legitimate. These existential questions include “Who am I?” “What is my place in this world?” “Where is home?” These questions constitute our search for meaning. The questions are universal; the answers are particular. Liquid modernity dissolves all solid structures and ties that could orient us towards answers that might ease the pain of an unnamed longing so many feel but cannot express.

This is the point of Ahmari’s book: to ask 12 questions believed irrelevant by our modern, Western societies. These questions are asked in order to guide his own son, Max, short for Maximillian. The Maximillian this young Max is named for is the Catholic priest Maximilian Kolbe, anti-Nazi and Auschwitz inmate condemned to death. Kolbe gave himself willingly as an act of martyrdom, hallowing himself and his fellow prisoners with his sacrifice, and gaining a “strange yet perfect form of freedom” through “intense spiritual resolve.” This kind of courage born of grace through love is almost impossible to imagine in these comfortable days of materialistic attainment and utilitarian gain.

The book is an extended letter to Ahmari’s son, broken into chapter-length essays divided into two parts, one titled “The Things of God” and the other “The Things of Man.” The questions include the limits of scientific knowledge; reason and revelation; the liberation of limits, conforming to divine authority to protect our human dignity, loyalty to parental authority, and acceptance of spiritual authority; the prison of liberty without boundaries, and how sexual freedom can lead to unfreedom for women; our Gnostic rebellion against our bodies, which leads into avoidance of thoughts of death and dying well to live well.

At the heart of Ahmari’s message to his son and his wider political project is what Christopher Lasch called a rediscovery of the need for limits, grounded in sanctifying tradition.

The overriding theme of Ahmari’s book is that our society’s orthodoxy of individualism enabled by social and economic liberty and scientific ways of knowing “limited to…what can be observed with our senses, measured with our instruments, and generally expressed in mathematical language,” which erases “the…experience of beauty” cleaves us from the sacred. This leaves us lost in a landscape of the heart we do not understand, and we, thus, cannot find our way through to a sense of home. Endless liberation and a search for ever more boundaries to erase in a drive for absolute individual autonomy in our lives—achieved through the market-state and scientific mastery over the world—has left us deeply unhappy and unfulfilled. At the heart of Ahmari’s message to his son and his wider political project is what Christopher Lasch called a rediscovery of the need for limits, grounded in sanctifying tradition.

Ahmari’s nightmare is that Max will grow up, go to a fine college and graduate into the corporate world where he will make money, find a relationship neither side is really committed to beyond self-fulfillment, and be able to repeat the standard bromides about diversity, articulating “the defining ethos of our age,” claimed as “think for yourself and question authority.” Anything substantive or of deep conviction is to be avoided.

Max may be materially comfortable, or even extremely prosperous, but will he have plumbed the depths of what life is? Like so many, in this worldview “moral life becomes an endless, solipsistic quest to figure out ‘what my true self stands for.’” Will he have seen a little way into what our time on earth means, or simply focused on the business of individualistic meritocratic accomplishment as the marker of the sound person in the modern West? Ahmari writes to urge his son to think beyond the temptations of what Paul Kingsnorth calls the Machine of our modern, managerial capitalist, and therapeutic society.

This detachment from the things that give life weight is a central theme also of Dougherty’s My Father Left Me Ireland. Dougherty, like Ahmari, styles his book as a series of letters. Ahmari’s is to his son who is not old enough to understand the words, the ideas, or the beliefs within. Dougherty’s concerns his absent Irish father, encompassing life lived without a part of himself that should have been there. Dougherty’s recipient is separated by space, Ahmari’s recipient separated by years. Dougherty answers some of Ahmari’s questions about what makes a life worth living that points to the universal search for the good life that unfolds in a particular way, burning away the cool technocratic distance from the goods of family, faith, and community.

Both authors embody the universal revealed through the particular. They are both, in thought and word, seeking a way to find and feel a connection to something beyond the everyday banalities of our late-modern era. For Dougherty, it is to his Irish roots—not just as an American pastiche but as something grounded in the soil of the green isle itself. Its people, history, and culture can anchor him in a world of disconnection from sincerity and dissociation from meaning. As he writes, nationalism expresses the fear “that nobody in authority or around you is taking the nation seriously, that everyone is engaged in some private enterprise, while the common inheritance is being threatened or robbed. It might put on a mask of invincibility, but it does so in full fearful knowledge of the nation’s vulnerability.”

While I am ambivalent at best towards the legacy of the 1916 Easter Rising of which Dougherty writes, an argument for attachment and commitment rooted in a particular history is universally applicable. Who in our time has not felt that things are slipping away, that all that was solid is melting into the air of the global market-state of liberalism? That things that matter, substantive goods like family, community, faith, and nation are falling apart from external pressures and internal neglect and repudiation?

In Dougherty’s telling, the romantic force underneath the Irish nationalism he supports is a force of life in the face of cultural death, one which in its different, particular forms can act to revitalize us, wherever and whomever we are, and break us from our lassitude. As Ahmari writes of Augustine’s lessons for us, “the aim of political life was not to protect maximal individual autonomy but to discern and promote the common good.”

His father left him, and now the Ireland of his heart has.

Dougherty writes that the attitude that he and his peers soaked up during the prosperous holiday of the 1990s was one of skepticism of taking anything too seriously, of making an unironic commitment to any idea, belief, or cause that might reveal a crack in one’s skin of detachment from the things that matter. Nothing really mattered other than living one’s life in accordance with one’s desires, desires which somehow always seemed to coincide with what the market was selling and the culture was encouraging one to desire and to achieve, whether in work or leisure.

It was not that teenaged Dougherty hated Ireland and its history: He killed its call to his soul with studied indifference that can only be cultivated in the culture of consumerist fulfillment. In other words, Dougherty was what Ahmari fears his son Max will be. Perhaps the greatest irony is that as Dougherty works to realize his reconnection to his Irish past throughout the book, the Ireland he loves abnegates itself in favor of sinking into the liberal-globalist sea, pulling away from Dougherty. His father left him, and now the Ireland of his heart has. His grief at his father’s absence has lessened, but there is a sadness at the loss of a land that tied him to his father.

But this is the point of both Ahmari’s and Dougherty’s books. Nothing works out how we would wish it to. The restlessness of our hearts only ceases once it finds its final rest, as Augustine wrote. While we are destined to be wandering and wondering creatures, as Peter Augustine Lawler put it, we can at least find some way to a reconciliation with our time and place on this earth. Ahmari offers ways to this sense of home in this life through the questions he asks, grounded in the consoling demands and limits of tradition. Dougherty does so by reconciling with his father, and with the imperfection of the land he yearned for.

In an age of iconoclasm, Ahmari reiterates the indispensable need for the icon of tradition that points beyond itself to the everlasting, and Dougherty captures how the icon of national particularism can also point beyond itself to the universal. The waters of liquid modernity are rough, but each writer in his own way shows that there is a hope of making it to dry land, and the hope of homecoming at last.

Henry George is a writer from the U.K., focusing on politics, political philosophy, and culture. He has also written at Quillette, Arc Digital, Reaction, The University Bookman, and Intercollegiate Review.