George W. Bush’s “Out of Many, One”: A Message of Gratitude 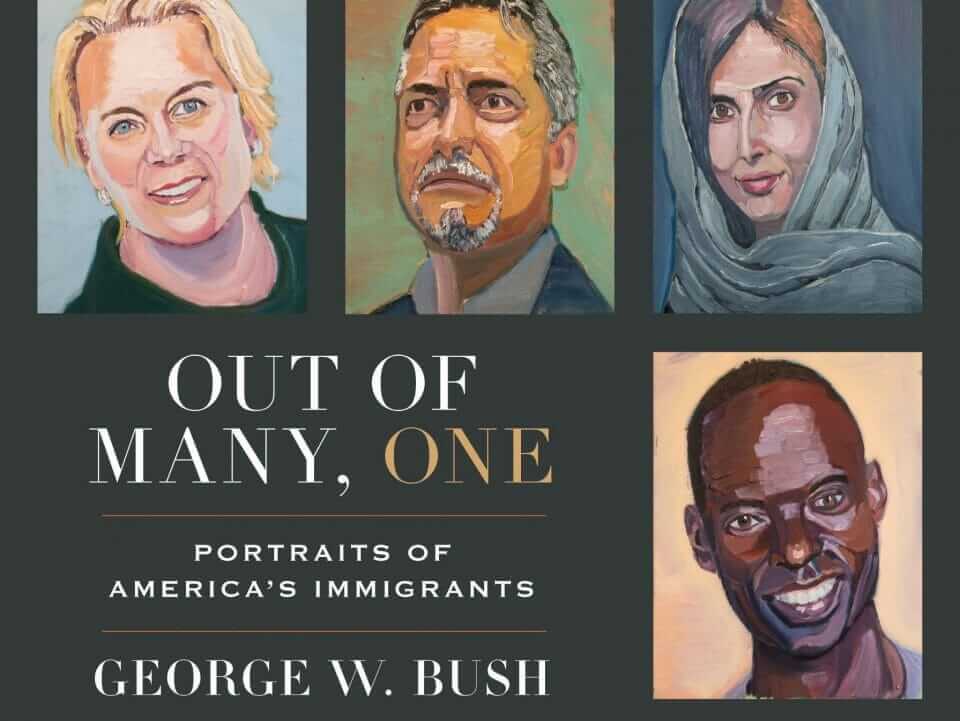 “And at a time when so many, on both the Left and Right, seem intent on tearing everything down, President Bush reminds us how much we have.”

In my personal life, I find that my darkest moments are ones that are marked by ingratitude. When I fail to appreciate all that I have been given—by way of opportunity, gifts, and the love and guidance of family and friends—I am my worst self. I am most prone to feeling resentment towards others; I grow sour and irritable; I turn inwards.

I suspect I am not alone here. Ingratitude offers a stage upon which our vices act out and flourish. Gratitude, on the other hand, opens the door to our very best selves. When we are grateful for all that we have been given—spiritually, materially, physically, emotionally, mentally—we are best positioned to use it for good, to flourish, to be the sort of people we are called to be.

Joseph Kim, for example, went from being a homeless beggar in North Korea to an American citizen, college graduate, and aspiring orphanage founder.

Since reading former President George W. Bush’s new book, Out of Many, One: Portraits of America’s Immigrants, I have been thinking that the lessons of gratitude on the individual level hold true for nations, too. In the book, President Bush pairs his wonderfully painted portraits of 43 American immigrants with each of their incredibly inspiring stories. Almost without exception, each and every one harbors deep and genuine gratitude for America and all it has to offer—particularly its political freedoms, religious liberties, physical safety, and opportunities for socioeconomic mobility. As President Bush writes in the preface:

“As I researched the stories of these unique men and women from thirty-five different countries, consistent themes emerged: their resilience and perseverance, their patriotism, their generosity, and perhaps most of all, their gratitude. To a person, they expressed profound thanks for being here and determination to make the most of every opportunity. That’s what I hope readers come away with—a renewed sense of gratitude for the freedoms we sometimes take for granted, and for these remarkable people who choose to live among us.”

President Bush’s timing with this pro-gratitude message could not be better. Our political problems are nearly as deep as they are numerous. We are not perfect; we have profound and persistent challenges in this country. But we will never cope with them well or solve them if our approach is devoid of gratitude. And at a time when so many, on both the Left and Right, seem intent on tearing everything down, President Bush reminds us how much we have. Destruction and revolution are likely not called for; piecemeal reform and conservation probably are.

Out of Many, One calls on us to approach America in the same manner as those who at first did not call our country home. Their experiences of living elsewhere—often in war-torn, restrictive, or depressed parts of the globe—have engendered in them a deep appreciation for all that America has to offer. Since they are well aware of the alternative forms of government and culture that are out there, they profoundly appreciate America’s mix of liberty and democracy.

To some extent, native-born Americans like myself are lucky. We have never had to experience life outside of America’s shores; with exceptions, we are strangers to domestic warring and severe socioeconomic depression and lack of opportunity. On the other hand, we are working at a deficit: Since this is the water we have always been swimming in, we fail to appreciate it for how exceptional it is.

There are various ways through which the native born can overcome our in-born gratitude deficit. Learning our nation’s messy, complex, tragic, and beautiful history is key, and so is engaging with stories like those that populate Out of Many, One—stories that remind us how lucky we all are to call ourselves Americans.

President Bush tells the stories of just about every type of immigrant: refugees, illegal or undocumented immigrants, legal immigrants, and asylum seekers. Joseph Kim, for example, went from being a homeless beggar in North Korea to an American citizen, college graduate, and aspiring orphanage founder. Alfredo Duarte went from being smuggled illegally into the United States by “coyotes” to becoming an incredibly successful American businessman and food distributor. Salim Asrawi went from growing up in war-torn Lebanon to being an American citizen, entrepreneur, restaurateur, and job creator. Thear Suzuki went from being a Cambodian refugee to a principal at Ernst & Young. The list goes on.

As readers make their way through Out of Many, One, they will be struck by the wisdom of Kim Mitchell, a Vietnamese refugee turned U.S. Navy officer: “America is the greatest country in the world, but it comes with responsibilities.”

Indeed it does. And perhaps the first responsibility we must meet as Americans is to be grateful that we are Americans. By exposing us to the extraordinary stories and profound gratitude of so many of our fellow Americans, Out of Many, One can help us seize that responsibility.

Thomas Koenig is a recent Princeton University graduate who will be attending Harvard Law School in the fall of 2021. He can be found on Twitter @thomaskoenig98