Open Carry in the Time of the Pandemic 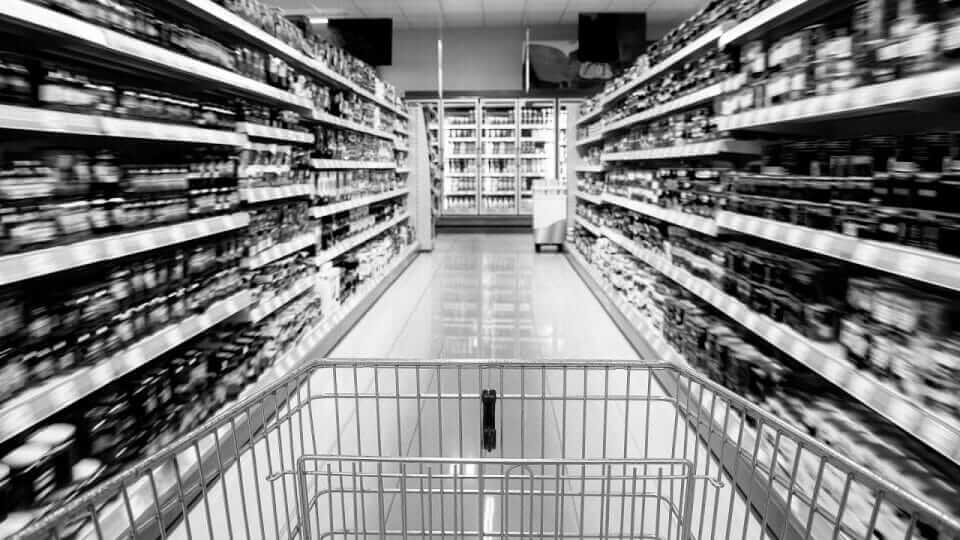 “Channeling Uncle Bill, who died over a decade ago, I invite his ghost to weigh in. But rather than answering, he walks me downstairs in his old Brooklyn house, where we stand together in his paneled den—the perfect skin we’d heard about, now on the floor.”

Shopping at my neighborhood Walmart—the enormous supercenter near my home in Fayetteville, North Carolina—I enter, wearing my KN95 mask, wheeling my cart into the produce area. I pick up a package of tofu, shop for broccoli crowns, oranges, arugula, and take off to locate rice, coffee, milk, and dried white northern beans, which, if I remember correctly, is in the international food aisle.

Although I sometimes shop here, I’m not sure where everything is located, and I confess that this cavernous Walmart isn’t my favorite place. But it’s cheap and convenient, and here I am.

On another aisle, I bend to retrieve a bag of brown rice from a bottom shelf as a shadow looms above me, and I look up to find a short stocky man with a buzz cut. He stretches his arm up to lift a box of quick rice from an upper shelf, and I notice that his thick belt holds a black holster with a large handgun in it.

Rising, I assess. He seems benign. I notice his tattoos—a faded flower on his forearm and words that I can’t read on his neck. But as I glance again at his gun, my mind flashes to the recent mass killings at the Indianapolis Fedex facility, the Colorado grocery store, and Atlanta spa, then back to the San Antonio Walmart, where a gunman opened fire. And further back to Stoneman Douglas High School, Newtown, Connecticut, Charleston, Tree of Life Synagogue—the list goes on….

My mind floods with images, fear gripping me.

Then, as I look up, the man is gone. I stand, my heart still wild.

Rice in my cart, I think of completing my shopping elsewhere, but I only need a few items, so I continue. Down aisle ten are the international foods as well as sauces and pastas, and, as I locate my beans, I see the man again, this time from a distance as he pauses by a shelf of pasta.

He’s fortyish, white, wearing a paper ear-loop mask, jeans, and a faded yellow tee-shirt. He lifts a few boxes, examines and replaces them. For some reason, I walk toward him, and he glances at me, dropping a box of tri-colored elbow macaroni into his cart. I stop nearby and pretend to read the label on a box of whole wheat spaghetti.

What am I looking for? Warning signs? Then, he’s gone.

In the coffee aisle, I spot him again. The aisle is crowded, and the man’s shirt has pulled back so that his gun is fully visible, but no one seems to notice or care. I grab my Walmart brand of Guatemalan organic coffee and add it to my cart. Above our masks, I try to make eye contact with someone who sees this man’s gun and, like me, is concerned that he might become an active shooter. But there’s no one.

I think of the phrase active shooter and wonder how does someone become an active shooter—because it’s this man’s potential that I fear.

Walking toward the back of the store for milk, I remind myself that it’s legal to open carry. The man’s firearm is probably registered and licensed. I question my fear, perhaps unwarranted, as no one seems to share it.

Two young African American men, possibly students at the nearby university where I teach, push a half-filled shopping cart by me, politely excusing themselves as they walk around the armed man. An older, white woman in a shopping scooter also excuses herself as she maneuvers around him. A mother with two young children selects cereal, elbowing the man, then apologizing.

Do they notice the gun? Do they feel terror? Judging from their lack of reactions, I’d guess not.

I wasn’t raised in a gun-owning family. I grew up in a middle class Jewish home in a New York suburb. The only person I knew who owned a gun was Uncle Bill, my mom’s brother-in-law, who lived in Brooklyn and practiced general medicine, now called family medicine. Uncle Bill, a World War II veteran, was a hunter and would travel the American West to shoot game. It always struck me as incongruous that he would choose such a hobby—killing animals—when his professional life was dedicated to saving human lives.

That said, I never saw his guns or rifles. He kept them locked in a large, old-fashioned safe in the downstairs family room, where he displayed his trophies. One time with relatives sitting around his kitchen table, Uncle Bill talked about a recent hunting trip and how he had made a “clean shot,” killing a large buck by shooting him up his anus so that there were no holes in the skin. He planned on turning the pelt into a rug.

Family members congratulated him but didn’t seem enthused. Uncle Bill’s wife, my Aunt Lee, a beautiful woman and my mom’s older sister, managed to smile and to redirect the conversation. Later, my mom confessed that though she respected Uncle Bill, she couldn’t understand his conflicting impulses to kill and heal.

I shift my gaze to what’s in front of me—salad dressings—lifting bottles of Annie’s Organic Red Pepper as the man examines some other dressings. Dishonest work, my subterfuge, but it gives me time with my thoughts.

I imagine his life. Up close, I see that his dull yellow t-shirt has a logo from a Florida crab shack and that his blue jeans cinch just below his large belly. An ordinary man, but I’m full of judgment.

He’s a redneck, votes Republican, a Trump supporter. He has a GED, lives way out in the county. Maybe he works at the local Goodyear Tire plant. Drives an old pickup, is married, has two kids, eats tons of fast food. His wife, I imagine, works at a local factory. My mind collects data points to support my profile.

I walk the aisles, obsessed—a spy, tailing and profiling an unsub—a television word pulled from a cop show.

But the man is gone. And without incident.

I don’t want to live in a society that promotes killing and violence. Not the trophy killing of animals, not fake television killing with cop and sniper shows, and movies with bullet-riddled bodies.

Channeling Uncle Bill, who died over a decade ago, I invite his ghost to weigh in. But rather than answering, he walks me downstairs in his old Brooklyn house, where we stand together in his paneled den—the perfect skin we’d heard about, now on the floor. I look at a wall of trophy heads. There is a bear with a snarling open mouth; a regal buck, staring into the distance, its majestic antlers an example of nature’s artwork; and a mounted wide-mouth bass, appearing to wiggle free from its plaque.

I stand alone in the cereal aisle, thinking about the stranger and his gun. I imagine him lifting it from its holster, aiming and firing—people scream and scatter—the stranger morphing from shopper to shooter.

But that hasn’t happened. Though it could have. We live in a world that, in an instant, can shift our lives toward death.

Especially now with COVID-19, when the pandemic already has shifted us in that direction. Some people might argue that guns don’t encourage violence; rather, they keep us safe. But from what? Other guns and the violence they pose?

Back to my shopping list, I decide on what I can do without. I’m saddened. The store has filled up, and although we’re all masked, we’re all potential targets—for COVID-19, for gun violence, for unexpected death.

I stand six-feet apart from the woman in the checkout line in front of me. Then, after paying for my groceries, I exit the store. This could have been the worst day of my life, I think.

But it wasn’t. I—and everyone in the Ramsey Street, Fayetteville, North Carolina Walmart—can go home, unpack groceries, and enjoy a normal day. Not so for the victims of the Fedex facility, Colorado, Atlanta, and other shootings—nor for their families. Nor for the thousands of Americans affected by gun violence every year.

Standing by my car in the parking lot, I sigh as tears well up; I’ve had a reprieve. The afternoon sky appears bluer, my future more precious.

This could have been the worst day of my life, I remind myself. In this time of mass shootings and COVID-19, all of us who survive are lucky. And for now—without gun legislation, without herd immunity—luck will have to be enough.

Robin Greene is a writer in North Carolina. She previously served as the director of Methodist University’s writing center and is the author of five books.