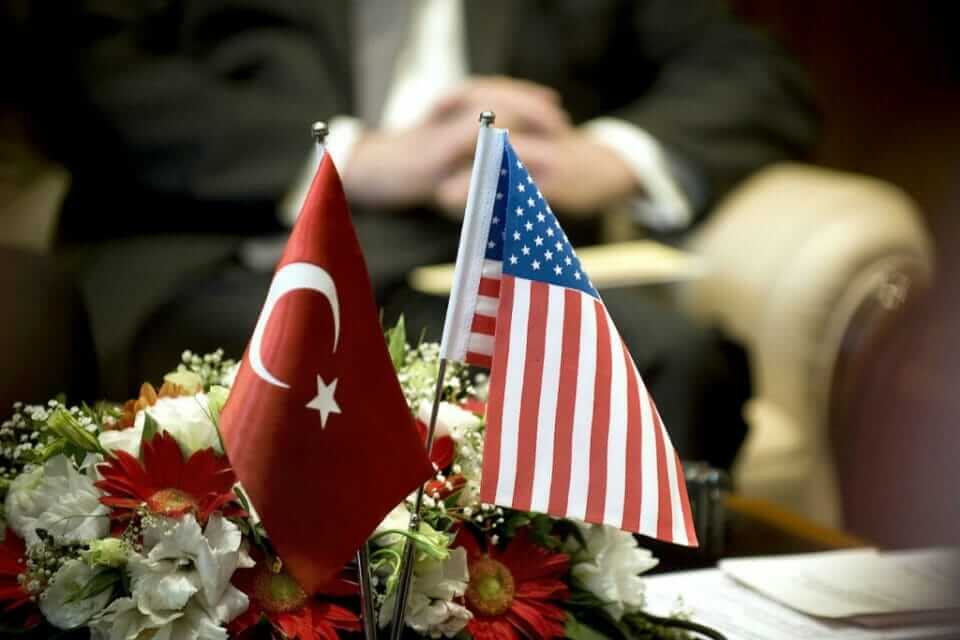 “But the thinking man ought to deploy le mot juste—the precise term—because of the heartburn it gives petty tyranny, as all truths reliably do.”

It has been voiced a lot lately. Refreshingly often, in fact, for a sound that can offend at least one entire nation. Sometimes, there is no escaping it. On the treatment of the Uyghurs in Xinjiang since 2014, for example, what alternative could a serious person substitute? (Austere housing policy? Strongly subsidized family-planning? Nothing else will do.) Secretary of State Antony Blinken  did not prevaricate in this instance. But, historically, the American establishment has been frugal with its use. To dodge the word on one annual occasion especially, chief executives, with the exception of Ronald Reagan in 1981, have contorted themselves with a muffled twinge and a bite of the lip—the unavoidable symptoms of a choked truth.

Forget international justice. There is one good reason to cough up the wounding phrase: Terminological inexactitude is embarrassing for the speaker and patronizing to the listener. On the modern American political stage, the ring of sincerity would be almost avant-garde.

Absent the Armenian genocide—that wasn’t so difficult, was it? I say it all the time—it is doubtful whether Raphael Lemkin would have been moved to invent the term in 1943, before the scope of the Holocaust had become wholly apparent. By way of prelude, the more than two million Ottoman Armenians mostly east of Anatolia had been regularly robbed and hounded in the second half of the 19th century, and markedly during the reign of Abdul Hamid II, the imperial endling. An Armenian merchant class had long attracted the resentment of the Muslim majority, as did the emergence of Armenian revolutionary nationalists after 1878 (some of whom attempted to dispatch the Red Sultan in 1905) that of the Sublime Porte.

The night before and in the early hours of April 24, 1915, the new government of the Committee of Union and Progress—a party of the secular, pluralist Young Turk movement, whose subversion of the caliphate in 1908 Armenian guerrillas had supported—arrested a couple of hundred Armenian intellectuals in Constantinople and made them vanish. Plenty of evidence, as that unearthed by Turkish scholar Taner Akçam, corroborates that this was the beginning of not merely another round of bloodletting but, rather, of Turkifying the empire (a project that required intensive de-Armenianizing).

Euphemisms are laughable when not funny. (After reading about the new American “nuclear posture” for instance—an armory of megatonic missiles—I wonder when someone will argue that it looks rather “slouching,” or perhaps indicative of “nuclear scoliosis.”) Clichés, on the other hand, are malignant. They denote little, convey even less; they blunt the edges of our understanding. “Mass atrocity” is too recognizable a sound to the Armenian ear. Public transit in northeast New Jersey is a mass atrocity. Where Armenians in 1915 found themselves was one of the ghastliest haunts of human existence, abutting inexistence. Having just managed to shake off the accrued smut of despotism in 1908, the Ottoman Empire was already in terminal throes. Present at this Turkish constitutional rebirth, therefore, were both 20th century industrial efficiency—physicians euthanizing Armenian children en masse, for example—and an unmistakable primitiveness, such as desert marches and drowning and torture (enhanced interrogation?) of Armenian prisoners by fire and bastinado. The official Turkish position? Wartime relocations and collateral damage.

Unlike a term like “hate speech,” which has never had legal import in the United States—but which many deploy as if it does—”genocide” is a legal coinage recently diluted in colloquial currency. It is now occasionally used in a faint or metaphorical sense, following the qualification “cultural.” But when added to refer to the non-physical, this extinguishes the word’s flame. Setting aside whether international law really is law, its language aspires to nothing short of legal precision. The Genocide Convention Implementation Act of 1987 (President Reagan, again) codified the crime in the United States as that of intentionally destroying an ethnos in whole or in “substantial part,” this defined as “a part of a group of such numerical significance that the destruction or loss of that part would cause the destruction of the group as a viable entity within the nation of which such group is a part.” Meandering but precise. Both chambers of Congress passed resolutions acknowledging the Armenian genocide in late 2019.

The jury is no longer out, but some scholars are, and there they should stay. Edward Luttwak, arguably the greatest living military mind and a seasoned bruiser, wrote an erudite review of Ronald Grigor Suny’s 2015 monograph “They Can Live in the Desert but Nowhere Else.” (The book’s title is the reported response of Talaat Pasha—chief member of the Ottoman ruling triad during the First World War—to U.S. Ambassador Henry Morgenthau Sr., who had confronted him about the fate of the Armenians.) Luttwak joins a platoon of dissenting historians like Bernard Lewis and Norman Stone to argue that the sort of ethnic cleansing devised by Talaat and the other two pashas—Enver and Djemal, ministers of war and of the navy—falls short of the definition of genocide; that the Young Turks had not intended, as the Third Reich had for global Jewry, to entomb all Armenians everywhere. There still remains an Armenian community in Constantinople today, however attenuated, despite the party of unity and progress having had ample time to wrap up the job.

Heterodoxy especially on the question of genocide should be afforded legal protection and welcomed to all public fora, for to interrogate the details—or the very occurrence—of an alleged crime of such magnitude is bound to be unpopular, and our aversion to skepticism under these conditions disposes us to intellectual laxity. To wit, the French parliament in 2016 voted unanimously to prohibit the denial of the Armenian genocide, a decision that the constitutional council rightfully repudiated six months later. This would have been ethically equivalent to Article 301 of the Turkish penal code, by which it is illegal to defame Turkishness (say, by suggesting that it motivated the murder of Ottoman minorities). Insult and truth and doubt are symbiotic; they are ruled out together.

I met Luttwak at his Washington home in Friendship Heights (no euphemism here but a little irony) in the summer of 2018. I said that I admired his writing. He said I must not have read his view on the Armenian question. Naturally I had. The polymath and autodidact showed me copies of unique Armenian historical manuscripts that he had translated at the Matenadaran, the national library and museum in Yerevan. That was when I should have pressed the point: that the intent of the pashas was absolute even if they were willing to cut corners—kidnapping, forced conversion—that their fastidious German counterparts a few decades later would not; that the charge of genocide does not require the genocidaires to be impelled by pseudo-biology; that the Final Solution was final because it followed other proposed solutions, such as deporting Polish Jews to Madagascar. L’esprit de l’escalier—my belated epiphany—was that of Steven Katz, whom Luttwak mistakenly counts among his comrades of doubt. Katz’s argument for the “unique intentionality” behind the Shoah does not disqualify the Armenian (or any other) case any more than the concept of a war of annihilation disqualifies the concept of a war of attrition.

This is not a social-justice cause. There is no need to speak truth to power because power, by all indication, already knows the truth. The American President’s utterance of the word will be politically inconsequential. The German Bundestag declared the Armenian genocide as such in 2016, despite the $6.7 billion bahşiş Europe had just slid in Turkish President Recep Tayyip Erdogan’s palm to keep Middle Eastern refugees away from open water. But all Ankara managed after the Senate resolution in December 2019 was a tinny bleat and a small truth of her own: that the legal dimension of the Armenian case is implausible.

As Brendan O’Leary  points out in a brief response to Luttwak, the Genocide Convention was promulgated in 1951 and cannot apply retroactively. Besides, there can hardly be material reparations from an empire that was vanquished a century ago; from perpetrators who have expired and often with bullets sent by their victims’ sons; for victims whose property is untraceable; for heirs at a distance of several generations—a whole world—who should not even put up with talk of indemnity. Who would compensate whom and for what exactly? (Norman Stone hinted in 2007 that litigation may have been the reason why Congress was keen on the claim of genocide, which only shows that his expertise was decidedly not legal scholarship.)

Around noon on the January 19, 2007, a Turkish-Armenian journalist and editor of the newspaper Agos—who had been previously censored under Turkey’s Article 301 and had planned to travel to France to commit secular blasphemy, if the genocide-denial law had passed—was gunned down in Constantinople by a teenage fanatic. In March, Joseph Robinette Biden Jr., chairman of the Senate Foreign Relations Committee (and second-time presidential aspirant), showed unusual verve by publicly offering Ankara a piece of his mind. Unless he has since changed it, the self-respecting thing to do next is obvious.

The natural poeticism of the ancient language has generated the term Medz Yeghern, or Great Calamity, which Presidents Obama and Trump bravely mispronounced to circumnavigate the flammable word and appease a state that claims the old sultanate both as heirloom and blueprint. But the thinking man ought to deploy le mot juste—the precise term—because of the heartburn it gives petty tyranny, as all truths reliably do. Whether President Biden speaks it or not, take this advice, future presidents and vice presidents and secretaries of state. Sir, madam: Familiarize yourselves with its sound. Come April each year, you will get your turn.