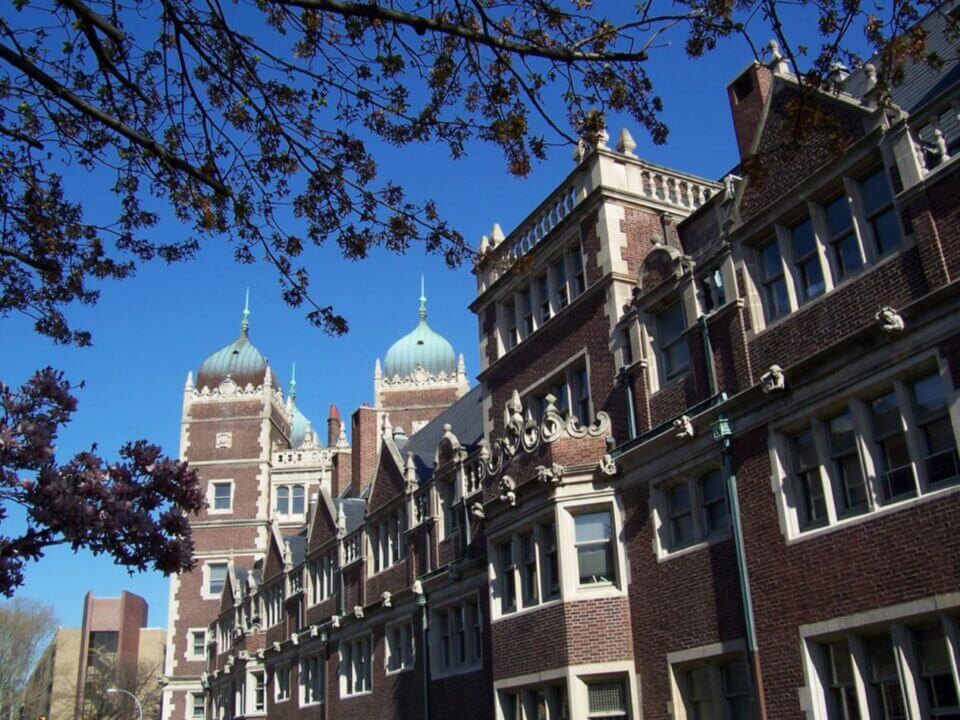 “Upon my father’s return, I was shocked by the change in his appearance. His arms and back were a series of scars and discolored blotches.”

My father, Leodus Jones, was a businessman, community activist, and leader in the prison reform movement in Philadelphia. He was also a human guinea pig who endured both mental and physical assaults at the hands of a prominent dermatologist and prestigious university, while incarcerated in the Philadelphia Prison System in the 1960s. The experience proved catastrophic both for him and my family.

My father’s subsequent commitment to inform the public about the city jail’s experimentation program and improve conditions in Philadelphia’s prison system led him to testify before Congress about the rampant medical abuses that occur behind bars. It also led him to file lawsuits against those who had grown comfortable using our nation’s cellblocks as an endless pool for test subjects for scientific research.

Although I was a child at the time, it has taken me some time to recognize the damage that was done by his incarceration and repeated use as a test subject in unethical and dangerous experiments, I now believe that the University of Pennsylvania and the many pharmaceutical companies and government entities that exploited imprisoned African Americans as cheap and available research material should apologize and pay reparations to the families that were harmed by the practice.

As historian Allen M. Hornblum has cataloged in his well-documented books, Acres of Skin and Sentenced to Science, Dr. Albert Kligman and the University of Pennsylvania School of Medicine turned a city jail into a busy commercial enterprise that made millions for themselves and the many contractors who knew where to go when in need of “research material.” Philadelphia’s three prisons—Holmesburg, House of Correction, and Detention Center—became commercial laboratories testing everything from hair dyes, soap, and athlete’s foot medications to a dizzying array of Phase I drug studies. Worse yet, black prisoners were injected with radioactive isotopes, smeared with dioxin, and they swallowed an assortment of chemical warfare agents. The Philadelphia Prison System, as Hornblum has said, became “the largest human experimentation factory in American history, a virtual K-Mart of investigative opportunity” that probably tested “more drugs and concoctions on more people, for more years, than any place else in the country.”

How a big city jail became something of a cottage industry for human experiments and was sought out by businesses and government agencies stretching from Dow Chemical and R. J. Reynolds to the United States Army and the Central Intelligence Agency can be found in Hornblum’s books. But they will not show the devastation that was done to the families of the test subjects. That story—long hidden by many of us—discloses the trauma, embarrassment, and dysfunction that comes when a loved one takes on a new, aggressive personality and begins to be verbally and physically abusive. Once relied upon as the breadwinner and cherished head of the family, my father’s mental state had changed for the worse after his experiences in prison.

The problem becomes all the more complex and destructive when medical experimentation is added to the mix.

As I look back at my father’s erratic behavior, especially as I was growing up in the 1960s and 1970s, I see the behavioral puzzle more clearly, as well as the events that transformed my life. Until my father’s imprisonment and introduction to Kligman’s experiments, my childhood was basically joyful. I enjoyed a home with two loving parents, and my siblings and I laughed, danced, and went to various Philadelphia parks and playgrounds. We ate meals together, enjoyed each others’ company, and our spirits were always bright and cheerful. I was “daddy’s little girl,” and he was my hero and protector. But then my father went away; he went to prison, and things changed dramatically.

My mother was forced to get a job in order to support our family. The absence of my father and mother was jarring, but what really affected me was her trust in a family member to babysit us. This trusted family member abused me sexually. Ashamed and confused, I did not share this with anyone until well into adulthood. It was in a drug recovery program years later where I was told I could not begin to heal until I confronted my past.

Upon my father’s return, I was shocked by the change in his appearance. His arms and back were a series of scars and discolored blotches. Just looking at his strangely marked skin frightened me. When I questioned him, he tried to pass it off as “just some tests” he had participated in while away, but I would end up dreaming about them at night. I had nightmares.

Worse than the physical signs of his incarceration were the stark mental changes. His behavior changed radically as he became paranoid, argumentative, and extremely critical of family members and colleagues. This was especially the case with my mother, who still has trouble talking about it. In short, my family was destroyed by Kligman’s lab rat.

Not long after, when I was about eight, my parents split up, and I began to withdraw from life. I was in such a bad state I stopped communicating with my mother and argued with everyone around me. I was too young to recognize I was emotionally damaged. I could not stop dwelling on the loving home I once had and then the arguments and fights that my father had instigated. Increasingly disturbed, I dropped out of school, rebelled in various ways, and was placed in a group home for girls in West Philly. Unhappy there, I ran away. Although I was just 15, I lived on the street while constantly looking out for the police who were attempting to track me down.

One day, I found the arms of a man who was 12 years older than I was. We slept in abandoned houses and stole food to survive. He would sleep in the streets with me, and then he would return to his home. I was not allowed to sleep there because his mother did not tolerate her son taking up with somebody so young. I slept in abandoned cars by myself and would wait for him to return. In 1979, an elderly man in the neighborhood noticed me sleeping on the steps under his second-floor window and allowed me to sleep in a room in the building. One day, he entered the room and stabbed me in the chest with a pair of scissors. I nearly died and was hospitalized for two weeks.

At 16, I was still wandering the streets, angry at my family, and committing crimes to survive. I was eventually arrested, imprisoned, and forced to confront the downward spiral my life had taken. In prison, I would earn my GED, work on good decision-making, and develop the tools to handle the pressures of life through a T.C. (Therapeutic Community) program. As I read more about my father’s Holmesburg experiment experience, I would also conjure how different my life would have been if my father had not become a Kligman guinea pig.

My story is not unique; many others who grew up in families with an incarcerated parent have faced similar obstacles and family dysfunction. The problem becomes all the more complex and destructive when medical experimentation is added to the mix. There has been much talk over the last year about African American resistance to acquiring the new Coronavirus (COVID-19) vaccines, but there are good reasons for the hesitancy. Many blacks distrust doctors, distrust the hospitals they work in, and distrust the drug companies they are affiliated with.

For much of the country’s history, as Harriet Washington has written in Medical Apartheid, “blacks were only valued as ‘test subjects.’ We weren’t marginalized, we were throwaways who could be used as lab rats without fear of retaliation, lawsuits, or negative publicity.”

Kligman and the other doctors and professors at the University of Pennsylvania knew blacks in the local prison system were an ideal test population that would not make trouble. My father and others could be slathered with wart virus, ivy poison, carcinogens, and mind control agents without any concern of community blowback, inquisitive journalists, or litigious lawyers. While the inmates received chump change for pieces of their skin, the doctors and institutions made out like bandits. The creation of Retin-A and Renova alone made millions for Kligman, the University of Pennsylvania, and Johnson & Johnson. The inmates who suffered through the retinoid experiments—Kligman admitted he nearly killed inmates in the process—received a dollar a day. Growing rich off his “acres of skin,” Kligman boasted, “it was a wonderful time” to do human research.

In December of 1973, my father testified in front of Senator Edward Kennedy’s Senate Health Committee investigating the infamous Tuskegee Syphilis Study, where hundreds of impoverished Alabama sharecroppers went untreated for syphilis for 40 years. Similar medical abuses were coming to light, including one in Philadelphia. The Holmesburg story received national exposure, and, just a few months later, city leaders decided enough was enough: Kligman and the University of Pennsylvania’s decades-long human experimentation business were kicked out of the city jail. They cried all the way to the bank.

It would not be for many years—not until 1998 when Acres of Skin was published, that former inmate test subjects would finally learn what they had been used for, exposed to, and many still suffered from. My father notified community activists, organized informational meetings, and helped file a lawsuit of 300 men that named Kligman, the University of Pennsylvania, the City of Philadelphia, and several parties as defendants who hoodwinked them into participating in unethical and dangerous medical research.

Kligman and the University of Pennsylvania walked off with the patents and money; the “guinea pigs” went off with scars and nightmares.

Controversial and easily dismissed a generation ago, the concept of reparations for African Americans harmed by systemic racism is becoming increasingly accepted. Just recently, the Jesuits announced that $100 million dollars would be raised for “descendants of enslaved people” once owned and sold by Georgetown University. And the city of Evanston, Illinois has plans to establish a $10 million dollar fund for African American households that were systematically discriminated against in past housing policies.

No doubt other institutions and organizations under public pressure or just coming to grips with their complicity in immoral and illegal practices will announce similar attempts to make amends, clear their conscience, and promote racial reconciliation. The University of Pennsylvania—an elite, Ivy League University that spends freely in promoting its nationally recognized bioethics program—should be one of these.

Imprisoned African American men and women—many of whom were untried—who were used as raw material for experimentation in Philadelphia are no less worthy than descendants of enslaved people or those impacted by housing discrimination. The few former test subjects still alive, as well as their descendants, are deserving of some of the wealth they sacrificed their health to produce. Kligman and the University of Pennsylvania walked off with the patents and money; the “guinea pigs” went off with scars and nightmares. It is time for those who exploited our community to make amends; a sincere apology and educational stipends for the children and grandchildren of those who suffered would be a good start.

Adrianne Jones-Alston is the daughter of the late Leodus Jones, who was subject to medical experimentation at Holmesburg Prison in Philadelphia. She is now an activist living in Virginia and be reached via email at makeitright@gmail.com