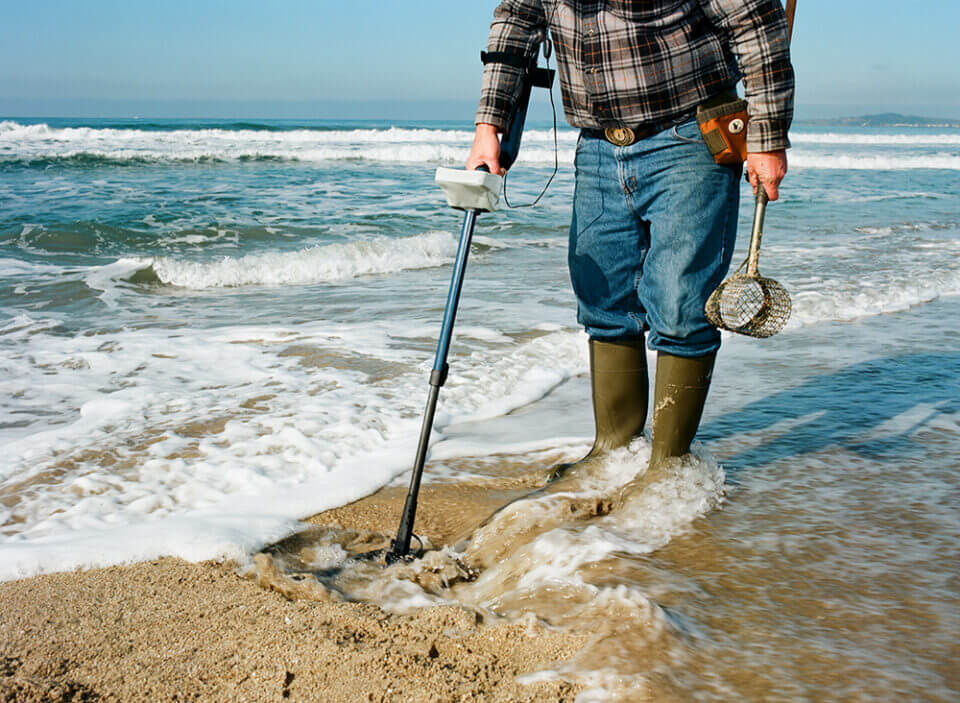 Dad borrowed a metal detector from a customer and dragged us all over the flat woods and fields of Southern Georgia and Northern Florida in search of Civil War treasure, but, except for an occasional musket ball or brass uniform button, we found no treasure. He said we just hadn’t found the right spots, but that he’d dreamed of the treasures since his childhood and was as convinced of their existence as much as he was that Jimmy Carter was the best President because he was from Georgia or that Jesus was coming soon and from the East, which was why every generation of our poor-believing family was buried facing East.

Before the metal detector, we’d go to dumps when the corn was plowed under and dig for old bottles, but we never found the blue Milk of Magnesia bottle, valued at $400. Instead we found vinegar, iodine, and milk bottles, valued at one dollar each, and old Indian head pennies. After Dad couldn’t borrow the metal detector because the customer was tired of loaning it out, he shifted his attention to Native American mounds—though he knew if he discovered one he couldn’t dig it, since it was against the law. That didn’t stop him from trying before sunup, when sheriff deputies were either sleeping in patrol cars or sipping free coffee at the Waffle House and flirting with the waitresses.

Nervous and tired, we made our way into the pine thicket where Dad had seen a mound, laid our flashlights on the ground, and dug into the moist dirt. We’d removed enough dirt by eight o’clock to fill in a grave at the cemetery, and we were soaked with sweat and swatted gnats and mosquitoes in the humid heat. By eight-thirty, dad hit something, squatted, and used a trowel to scoop around the treasure. He pulled it from the ground, shook the dirt, and discovered the treasure was nothing more than a bundle of barbed wire fence that a neighboring farmer had buried in the woods. “Shit,” Dad said, the only curse word I ever heard him say and likely the only one he ever would say, though I knew he’d probably thought worse, just like Carter had admitted to lusting without having had any sort of affair.

Dad never searched for buried treasure again. He instead bought lottery tickets, entered contests online, and invested in a million dinar after Iraq fell and Hussein, who’d fancied himself a reincarnated Nebuchadnezzar, had been hung, and Iraq’s money was worth less than a penny on the dollar. Dad followed his dreams and even though they didn’t come true for him, they enriched our lives more than watching television ever would have. Twenty years later, I found some gold coins buried in the sand on a beach in Florida with my own metal detector.

Niles Reddick is the author of the novel “Drifting Too Far From the Shore,” the story collections “Reading the Coffee Grounds” and “Road Kill Art and Other Oddities,” and the novella “Lead Me Home.” His work has been featured in 19 anthologies, 21 countries, and in over 300 publications including The Saturday Evening Post (which ranked his story its seventh best in 2019), PIF, New Reader Magazine, Forth Magazine, Citron Review, and The Boston Literary Magazine. Reddick works at the University of Memphis, Lambuth, in Jackson. He can be found on Twitter @niles_reddick