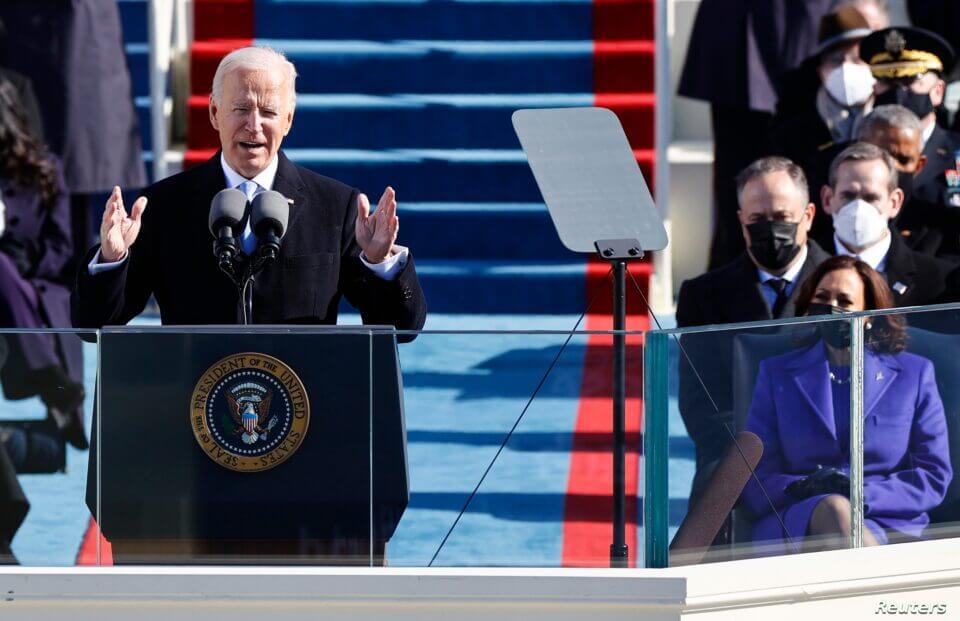 “Instead, we should follow President Biden and Gorman’s lead and frame our political debate and public discourse within an overarching language of civic virtue.”

The inaugural address delivered by President Joe Biden on January 20th has been characterized as one of the most significant such addresses in American history. Coming just 14 days after an armed mob stormed Capitol Hill leaving five people dead, President Biden was tasked with restoring fundamental democratic principles to an extraordinarily fissiparous polity.

In doing so, he drew on his vast experience of public service and his Catholic faith to identify the “common objects of love” that he felt still defined the American people: “Opportunity. Security. Liberty. Dignity. Respect. Honor. And yes, the truth.” It was time, President Biden argued, to “end the uncivil war” by demonstrating a “little tolerance and humility,” as well as a willingness to “stand in the shoes of others.” This empathy is important, he claimed, because “there is no accounting for what fate will deal you.”

For The Washington Post’s Steven Pearlstein, President Biden’s address placed a reassertion of civic virtues at its very center. The embrace of a “rhetoric of civic virtue” served as an “antidote to a national conversation poisoned by presidential tweet storms, cable news calumny, and social media vitriol.” President Biden’s speech was, therefore, a recognition that the civic virtues most closely associated with flourishing liberal democracies—tolerance, respect, prudence, etc.—had been placed in existential peril during the administration of President Donald Trump.

Yet President Biden looked forward as well as back. In this sense, an emphasis on civic virtues was as much about tapping into their appeal to broad swathes of the American public as charting their relative decline. If the coronavirus (COVID-19) pandemic has two faces, one characterized by a selfish individualism and the other by a community-mindedness, President Biden sought to build on the civic spirit of the latter. Alongside President Biden, the youth poet laureate Amanda Gorman spoke of putting “differences aside” and seeking “harm to none and harmony for all.” This most historic of inaugural addresses, thus, serves as a significant symbol of an increasingly visible and decidedly global “civic moment.”

Apart from Pearlstein’s analysis (and despite the prominence of virtue concepts throughout President Biden’s address), few commentators have utilized the language of civic virtue to describe community responses to the pandemic or the emerging political convergence. Instead, a bewildering array of terms—from “social capital” to “mutual aid”—have been competing in an increasingly ill-defined linguistic marketplace.

While these terms often refer to distinct phenomena, they overlap in significant ways. Without a common linguistic currency, however, we run the risk of obscuring this agreement and talking past each other. Instead, we should follow President Biden and Gorman’s lead and frame our political debate and public discourse within an overarching language of civic virtue.

Civic virtues can be defined as the character traits and dispositions that enable citizens to participate positively in the public life of their communities, whether they be local, national, or global. Historically, virtues such as civility, tolerance, reciprocity, and neighborliness have been seen as the building blocks of character. They are necessary for engaged, responsible citizenship that contributes to the common good. They are also intimately connected to the development of moral and intellectual virtues that allow us all to live flourishing lives.

Using a distinct language of civic virtue is important for a number of reasons. First, it captures important aspects of the current moment missed by terms like social capital. As highlighted above, an explicit language of civic virtue recognizes the markedly political nature of the instability and division which have engulfed liberal democracies in the last decade. Inculcating civic virtues offers a potential antidote to the decline of civil discourse, the lack of empathy or tolerance in public life, and the irrevocable nature of contemporary political conflict.

While the concept of social capital, for example, speaks to many of these concerns, it remains either too narrow or too broad in its focus. In the case of the former, it excludes political activity—the nature and tone of democratic debate or political education and questions of citizenship—and focuses exclusively on “apolitical” voluntary action or community projects. In the case of the latter, it bundles together too many components. In one of the most influential accounts of social capital, for example, the sociologist Robert Putnam included:

“Your extended family…your Sunday school class, the regulars who play poker on your commuter train, your college roommates, the civic organizations to which you belong, the Internet chat group in which you participate, and the network of professional acquaintances recorded in your address book.”

While Putnam’s ground-breaking research continues to represent an important contribution to a common good politics, this definition of social capital remains too broad and fails to capture or adequately address the distinctly political nature of the current problems afflicting liberal democracies. The language of civic virtue, therefore, offers a clearer conceptual path, capturing the upsurge of voluntary community activism, as well as recognizing the political challenges of incivility and intolerance.

The second reason is that the concept of civic virtue while requiring an update for the 21st century, is capable of contributing to an inclusive social contract that recognizes the challenges posed by inequality and discrimination. Civic virtues like civility or tolerance should not necessarily be read, therefore, as seeking to stifle dissent or eradicate conflict.

Instead, as the likes of Jason Springs have argued, we should encourage the development of “healthy conflict.” Here, questions of justice and civility are not in opposition but, rather, reinforce one another. In Springs’s words, “an approach to healthy conflict recognizes that relationships are never merely face to face. It is equally concerned with relational spaces and relational histories.” If conflict is inevitable, the healthy variety identifies and works to repair injustices while holding out the possibility of eventual reconciliation.

This is about defining the limits and boundaries of a new public discourse. As Gorman powerfully elucidated at the inauguration:

Fundamental to answering these questions is to recognize the impact of structural inequalities on our conceptions of civic virtue. The classical republican model of the public sphere was one dominated by white men. This is clearly no longer tenable for contemporary liberal democracies. Civic virtue, in short, needs an update.

The concept is capable, however, of undergoing such a transformation. No political concept is static or uncontested. The meaning of civic virtue has already changed significantly over time and is recognized in a diverse array of political traditions, from the conservatism of Edmund Burke to the anarchism of Mikhail Bakunin. While among and within these traditions, the nature of these civic virtues is contested, a shared political language provides the foundation upon which debate and transformation can occur.

Finally—and most importantly—the language of civic virtue connects to a broader ethical project, building on the firm and increasingly influential philosophical grounding of virtue ethics. As the work of the Jubilee Centre has highlighted, another way of characterizing civic virtues is to consider them as a subclass of moral virtues: that is as moral virtues applied in larger societal contexts, as distinct from more intimate personal relationships. The language of social capital, by contrast, approaches questions of community action or voluntary service in a transactional manner. To ensure that the sprouting of social action witnessed during the pandemic continues, all of those organizations and institutions involved in supporting individuals in volunteering or community service will have to think in terms of fostering habits. A fundamental part of this is ensuring that individuals engage in social action for the right reasons.

This will require policymakers, voluntary organizations, schools, and other institutions to be alive to the character of citizens outside of their public role. The character of these citizens—their moral and intellectual development—acts as a necessary precondition of and for citizenship, as well as a prerequisite for flourishing, habitual civic action. It is only through developing a language of civic virtue that this essential connection can be realized, maintained, and enhanced.

The language of civic virtue should be at the heart of any political vision of the common good. It should form the basis upon which we seek to improve the tone and boundaries of public discourse, encourage participation in (and engagement with) democratic institutions, and develop the deep reserves of community action and voluntary service COVID-19 has brought to the surface.

As has been emphasized above, encouraging civically virtuous behavior is not about stifling dissent nor about condemning those who engage in protest outside of established mechanisms that have, too often, let them down. A vigorous civic sphere can strengthen these increasingly fragile democratic bonds while recognizing that not every challenge to these bonds is an existential breach of the social contract.

In this sense, the pandemic serves as a moment of reflection, a time to consider the substantial civic resources and exemplars we already have—from the one million people who signed up as National Health Service volunteers to the inspiring actions of Sir Tom Moore—as well as an opportunity to develop these resources to construct a new political, social, and economic settlement that places a renewed and updated conception of civic virtue at its core.