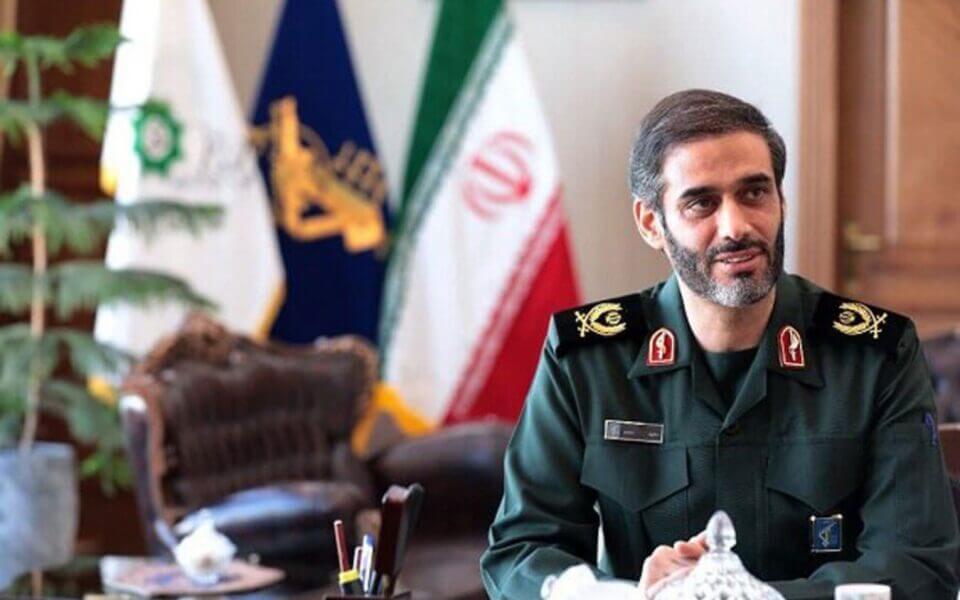 After this summer, the face of Persian politics might be the angular, carefully bristled one of Saeed Mohammad. Until he resigned this month to run for the Iranian presidency, Mohammad managed Khatam al-Anbiya, a massive development conglomerate and the premier moneymaker of the Islamic Revolutionary Guard Corps. He seems to be the sort of fundamentalist stripling in whose pious lap Iran’s octogenarian Supreme Leader, the Ayatollah Ali Khamenei, hopes to plonk the country. He is also, however, a second-generation member of the Guard Corps—with a doctorate in civil engineering and a uniform unwrinkled by combat. If the 2015 nuclear agreement is not soon resuscitated, President Joe Biden and Secretary of State Antony Blinken will have to deal with a new kind of man in Tehran: an officer and a businessman.

The nearly 200,000 Guardsmen, or pasdaran, who permeate Iranian society constitute a distinct class. The Guard Corps is the spawn, the conserver, and exporter of the 1979 Islamic revolution by which Shi’ite theocrats ended the Pahlavi dynasty. It is parallel to the Iranian Armed Forces, comprising its own military branches, the Quds Force—a special operations and intelligence hybrid—and a volunteer militia that runs the streets like an open secret police. But it is not all arms and ascetics. While other Islamist organizations, too, have tried to pad holy providence with cash, the Guard Corps’ financial enterprise appears to have superseded the scriptural. American foreign policy should recalibrate accordingly. Besides war, the greatest known threat to a business empire is good, old, American free-market capitalism.

“Back in the ‘80s, it was a very pure force, ideologically. Very Islamic,” an anonymous Iranian economist told the Los Angeles Times in 2007, “but now the whole thing is about making money.” The Wall Street Journal in 2019 calculated the Islamic Revolutionary portfolio to be worth $28 billion. That is with its large stakes in shipbuilding and auto-manufacturing but without the inestimable shadowy revenue from directing charitable foundations and smuggling oil, guns, and Afghan heroin. A truer figure might be close to $100 billion: nearly a quarter of Iran’s national income (a thick slice of which each year is served to the Lebanese Hezbollah and other armed, regional sectarians). However strong their religious conviction might be, younger Guardsmen have developed a taste for lush leather and indigo suits.

The Guard Corps’ formal market share is concentrated in the banking, energy, and construction sectors; Khatam al-Anbiya controls over 800 Iranian companies. Besides malls and gaudy hotels, its subsidiaries have built national infrastructure by lowballing competitors and winning no-bid government contracts, chiefly between 2005 and 2013, during the presidency of Mahmoud Ahmadinejad. In 2009, the Guard Corps bought a majority share in the Iranian Telecommunications Company. It beat the second highest offer—which by then had been suspiciously disqualified—by three rials. (Like Stieg Larsson’s description of a fictitious, corporate tycoon’s handiwork, this was “fraud that was so extensive it was no longer merely criminal—it was business.”)

Like a criminal syndicate, it is adapted to and operates best within the system; in Iran, in fact, it is the system.

“They have their own schools, their own markets, their own neighborhoods, their own resorts,” one of Dexter Filkins’ sources reports on the pasdaran class in The New Yorker last year. “The neighborhoods look like a carbon copy of Beverly Hills.” In 2019, the United States Department of State classified the organization as a terrorist group. But, by the look of it and by the numbers, the Islamic Revolutionary Guard Corps is the world’s most successful cartel. Unlike a terrorist organization, it is not a non-state agent seeking political overhaul or domestic legitimacy. Like a criminal syndicate, it is adapted to and operates best within the system; in Iran, in fact, it is the system.

Both types can be dogmatic and pragmatic, but not simultaneously. For example, in 2014, ISIS terrorists fought bravely and stupidly to seize the useless Syrian town of Dabiq—the namesake of the group’s now discontinued magazine—because they believed it to be the location of the final showdown between the faithful, pursuant of divine real estate, and heathendom. This is ideology (and eschatology). In 2011, the Guard Corps approved the attempt of an Iranian-American used-car salesman to hire sicarios from the Los Zetas, a Mexican drug cartel, for a hit against the Saudi ambassador in Washington: This is business. Terrorist groups are too different from—and, thus, unlikely to ever collaborate with—organized crime. The Guardsmen are much less squeamish (or, if one prefers, more inclusive).

Besides a category error, the State Department’s designation of the Guard Corps as a terrorist organization, in April of 2019, was practically superfluous given the sanctions reimposed on Iran the summer before, when the Trump administration jettisoned the nuclear deal, and given that the United States Department of the Treasury had already targeted the organization under the Countering America’s Adversaries Through Sanctions Act of 2017. For instance, the Guard Corps relinquished its majority share in the Iranian Telecommunications Company in October of 2018, possibly to spare the utility and one of the country’s largest cell-phone operators. The visible hand of counter-threat finance works but, in this case, only until the market adjusts.

In the summer of 2019 (a few months before Qasem Soleimani—the pasdaran spymaster and commander of the elite Quds Force—was visited by an American MQ-9 Reaper drone), the western spotlight briefly shone on Saeed Mohammad. “The sanctions are an opportunity for us,” he claimed. By awarding hydrocarbon projects to giants like Total, Iranian Oil Minister Bijan Namdar Zanganeh  had hoped to prevent the Guards from capturing the energy sector. But when foreign investors scampered away, Khatam al-Anbiya hurried in. The country’s economic growth rate is likely to be positive again this year. The bungled nuclear deal and the sanctions and a bitter recession have all occurred on the watch of President Hassan Rouhani’s relatively moderate cabinet. The Guards have become richer, more influential, and—with legal oil exports stifled—their smuggling skills more valuable.

Since the Iranian system is suffused with Guardsman green, American sanctions repel foreign business altogether. And whatever is inflicted on the Guard Corps, the moderates in government and the private sector suffer, too, perhaps more acutely. Last August, Mohammad announced that the state owed Khatam al-Anbiya 500 trillion rials ($2 billion) in unfulfilled contracts. In January, he offered to accept a number of government-owned entities to settle the debt, including a power plant, a steel mill, and—did you see it coming?—the Iranian Telecommunications Company.

Mohammad will most likely run against several other senior Guards in June’s election. With the Ayatollah’s expiry date pending, expect a succession scuffle. There is at least one uniformed faction that would like to keep following the money, mollify the middle class, and gradually replace the supreme authority of the old men of the cloth. General—no, Doctor—Mohammad fits the bill, and he is not alone. Policy towards Iran must be suited not to religious ideologues who happen to be flush with petrocash but, rather, to racketeers who happen to be religious ideologues.

Reinjecting competition into the Iranian system would be a start. Consider how the legalization of the sale of just one narcotic in a few American states bruised Mexican capos, however mildly. A selective but sizable, abrupt dose of sanctions relief (a gesture of American magnanimity, say, to resweeten the nuclear deal) might be the only non-kinetic means of disrupting the Guards’ game. Foreign multinationals would not only compete with pasdaran commercial cliques but also offer private Iranian entrepreneurs and industrialists an alternative ecosystem of partners with whom to do business. They would, no doubt, be the underdogs in the Islamic Republic’s clientelist arena, yet they might just be able to give the Guardsmen a run for their rials.