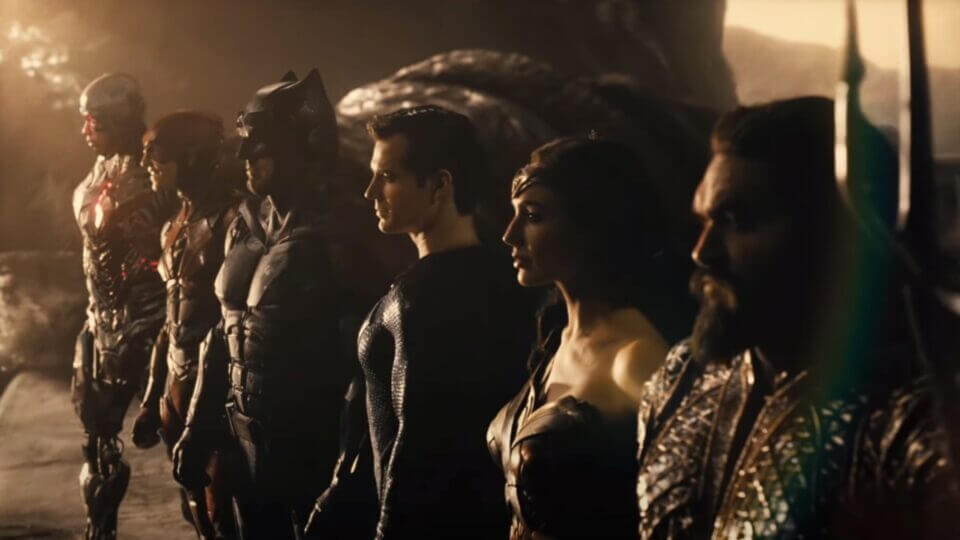 “Fixated and obsessed with Superman’s ‘whiteness,’ Phillips cannot appreciate a movie for what it is, content instead to completely misinterpret it in order to make her misguided social beliefs more palatable.”

Bad reviews do not come from biased critics. No, the worst reviews come from biased critics who either refuse to admit—or are entirely unaware—that they hold a bias in the first place. Such insidious partiality is the primary fault of New York Times critic Maya Phillips’ recent review of Zack Snyder’s Justice League, which was released last Thursday on HBO Max. Replete with meaningless appeals to “hope,” as well as a fundamental misunderstanding of the character of Superman, Phillips’ review is nothing but a poor excuse to push a warped view of social justice.

Six paragraphs into her review, Phillips finally begins to outline her main problem with the extended cut of Justice League: how the movie portrays “hope” or, rather, in her opinion, how it fails to do so. She points out that the movie is “laced with the notion,” culminating in the fledgling Justice League’s decision to resurrect Superman, “not just because of his power but because of the hope he represents.”

To Phillips, this is the film’s biggest mistake—not just in terms of cinematography but from a racial, gendered perspective. She accuses Director Zack Snyder of focusing the whole movie on a “hero ex machina: a white male Übermensch as the default image of hope and salvation,” resurrected to save Aquaman (played by Hawaiian Jason Momoa) and Wonder Woman (played by Gal Gadot, who, obviously, is a woman). Combined with the dark, sepia-toned landscapes of the “Snyderverse,” Phillips asserts that a hope centered on “one [white] man” is not hope at all. Of course, she does not elaborate on why this is. Instead, after making this extremely provocative and unfounded claim, she pivots to the Coronavirus (COVID-19). For a world that has been through so much, she says, a hope is not “the dead bodies of a villain and his henchmen at the end of a great saga. It’s something lighter, brighter — so much more than the dark.”

Those lines certainly make for a snappy, powerful-sounding conclusion. Functionally, however, they are meaningless, serving only as a means to end the review on an agreeable note. Everyone can agree now—with the pandemic receding—that the future will be bright. But obscuring controversy between truths does not change the nature of the hidden. Just as a chaser does not negate the fact that one has just taken a shot, general platitudes about “hope” do not make up for unexplained accusations of racism and sexism.

For comic writers, Superman is one of the most difficult characters to write. Even the Russo Brothers, the directors behind rival studio Marvel’s Infinity War and Avengers: Endgame, agree. Simply put by Anthony Russo, “The more powerful a character is, the more difficult to deal with that character on a narrative level.” When a character is faster than a speeding bullet, more powerful than a locomotive, and able to leap tall buildings in a single bound, it is an extraordinary challenge to avoid falling into what Phillips’ called a “hero ex machina.” After all, how can one make an interesting story for a superhero, with obstacles to overcome and growth to be made, when that character is all-powerful?

To take on this enormous task, the most successful Superman writers have focused on the internal tensions of the character: the struggles within the man trying to live as both Clark Kent, son of Kansas farmers who worked every day of their lives for what they have, and Superman, a nigh-omnipotent alien being whose 9-to-5 is saving the Earth on a daily basis. If he wanted to, Superman could disarm and subjugate the human race in a matter of seconds, that is, if he did not want to destroy the world outright. The thing is, though, he does not want to. Raised to be a humble, hard-working American by Jonathan and Martha Kent, Superman is a God-fearing man in the body of a modern-day deity. It is a beautiful contradiction, and it is precisely at that uneasy balance that the best Superman arcs strike. What would happen, for example, if Superman did not crash land in the cornfields of Kansas but, instead, in the icy, frigid planes of the Soviet Union? What would happen if the immortal man knew he was about to die?

Zack Snyder’s Superman is not perfect. But is his Man of Steel “a hero ex Machina?” Not at all. In fact, when Superman is first brought back, he nearly obliterates hope; confused and furious after his resurrection, Superman is moments away from murdering Batman when he is stopped by Lois Lane, who reminds the alien of his humanity. It is true that Superman saves the day at the end of the movie, but only after he is reminded by the woman he loves that he is more than just a would-be killing machine—but also Clark Kent.

It must also be remembered that, while, as Phillips’ points out, other members of the League are “powerful” and “charismatic” in their own ways, they are not strong enough on their own, Superman included. That much is revealed in Cyborg’s visions of the deaths of the Justice League if plans go awry. Alongside scenes of a defeated Wonder Woman and Aquaman, Superman, fighting alone, is also bested by Darkseid. Even at the end of the movie when Superman arrives on the scene, without the rest of the Justice League, Darkseid and his armada would have still made it through the portal. Batman, Wonder Woman, and Aquaman had to fight off the hordes of Parademons and Steppenwolf to defend Cyborg, the only member of the team who could unlink the Mother Boxes. But without the Flash, Cyborg would not have had enough energy to break into their systems, and even Superman would have been useless. Without the Flash, in fact, the Justice League would have lost; it is only because he taps into the Speed Force to turn back time that the heroes have a chance at winning. It would seem, then, that Superman is not a deus ex machina, arriving just in time to save the day, as the Flash literally had to time travel to give the team a shot at victory.

I also fail to see how the ending—despite the movie’s grittiness and violence—is not hopeful. Six heroes managed, against all odds, to defeat a conqueror of hundreds of thousands of worlds, who had only ever lost once. The one time he did lose, mind you, he only did so because millions of humans, Amazons, and Atlanteans fought together, led by the Greek gods and a Green Lantern. Make no mistake: Darkseid will return. But when he does come, he will be met by a unified Justice League, battling as one.

If Justice League does not have a “hero ex-machina” nor is it devoid of hope, what, then, is the last remaining objection that Phillips has about the movie? Hidden behind a mask of misinformation and empty words, the true kernel of Phillips’ major concern becomes apparent: Superman, the Kryptonian alien who was born lightyears away from Earth, is a “white” man.

Had Phillips actually acquainted herself with the character of Superman before writing her review, she would have known that even though a character is powerful, that does not automatically make that character a deus ex machina. Had Phillips actually watched the movie, which repeatedly states the power of unity and togetherness, she would have seen that no one character saves the day by himself. But none of that really mattered to the review. Fixated and obsessed with Superman’s “whiteness,” Phillips cannot appreciate a movie for what it is, content instead to completely misinterpret it in order to make her misguided social beliefs more palatable.

Matthew Pinna is a student at University of Chicago and a former Merion West intern.