How to Harness Tribalism to Unify Americans 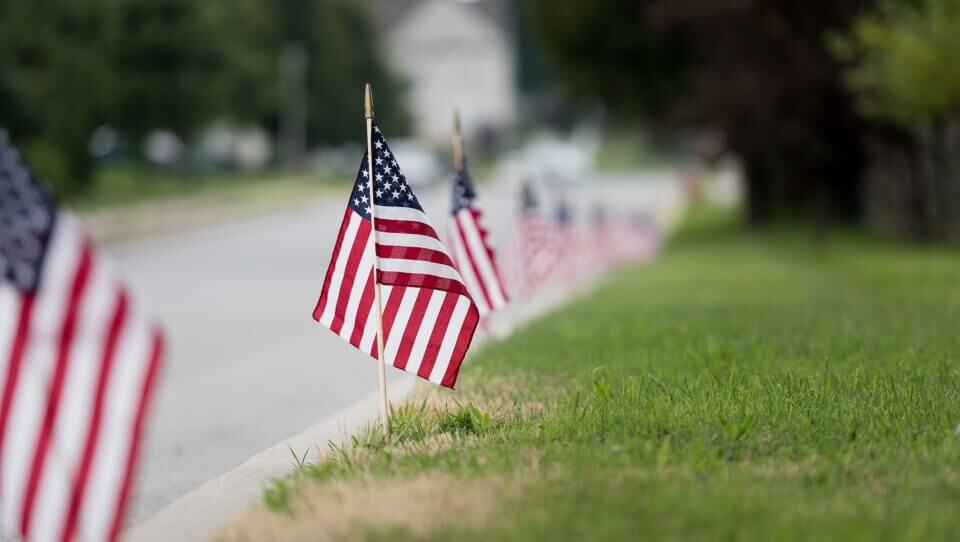 “To the contrary, we can take advantage of certain aspects of our tribal nature to ease tensions between groups and, critically, to pursue common goals that are important for human flourishing.”

By now, we have all heard that tribalism is part of human nature and the cause of many of our problems. And for good reason: There is a considerable amount of evidence at multiple levels of analysis—from historical studies to political science surveys and laboratory experiments—that humans naturally organize themselves in groups, think about the world in terms of groups, are biased in favor of those whom they perceive as part of their own group, and can relatively easily be provoked to distrust, dislike, and dehumanize member of other groups.

Many have argued that to reduce the negative consequences of our tribal nature, people should be encouraged to judge others as individuals. This is helpful and very much part of the classical liberal tradition that has not only advanced the cause of individual rights but has also deeply influenced the founding of the United States. The Founders understood the importance of treating each person as an individual under the law, even striving to break away from the group dynamics of social class by explicitly prohibiting the granting of titles of nobility.

However, we should also accept that no amount of conscious effort will fully liberate us from our tribal dispositions. To the contrary, we can take advantage of certain aspects of our tribal nature to ease tensions between groups and, critically, to pursue common goals that are important for human flourishing.

To accomplish this, we must first recognize the benefits of our tribal nature. Tribalism has a bad rap, but many of the social and group-oriented aspects of human psychology that can cause great harm and suffering are also key to the success of our species. Even in early individualistic America, the French commentator on American society, Alexis de Tocqueville, was struck by the ways in which Americans organized themselves into civil associations to accomplish everything from building hospitals to bringing to light some truth.

Being able to organize ourselves in groups and coordinate behavior in the pursuit of shared goals has led to amazing scientific, engineering, and artistic accomplishments. A single person, regardless of how gifted he or she is, can only do so much and only lives so long. It is through groups, large and small, that most of us will have a positive impact on the world. It should, thus, come as no surprise that part of what makes people feel like their lives are meaningful is the belief that they are part of something bigger than themselves. Social bonds and group identities help us find transcendent meaning.

Therefore, to best take advantage of our tribal nature, we must focus more on building, maintaining, and privileging superordinate group identities.

Yet many of the traditional sources of group identity and meaning have been on the decline in recent years. The share of Americans describing themselves as Christian declined by 12 percentage points, from 77% to 65% between 2009 and 2019. Furthermore, the percentage of Americans describing themselves as “nothing in particular” rose from 17% to 26% over the same period. Similarly, a report from the Joint Economic Committee found that, compared to the 1970s, fewer Americans attend religious services regularly and Americans are spending less time with neighbors and co-workers (outside of work).

Such trends might help explain why, over the past several years, we have also seen a rise in political extremism. For some, political ideology might be serving as a substitute for other meaning-making beliefs and identities.

Obviously, our tribal nature can and has led humans down dark paths. Many have died and many more have failed to experience true freedom or reach their full potential as a result of the bigotry and hatred that tribalism can fuel. Therefore, to best take advantage of our tribal nature, we must focus more on building, maintaining, and privileging superordinate group identities. These are groups that unite smaller, even antagonistic, groups under a shared group identity.

When individuals privilege the superordinate group identity over the smaller group identities, they are better able to value and connect with those whom they may otherwise distrust. The benefits of this common identity can help such individuals work together in the pursuit of shared goals.

For example, hyper-partisan politics in the United States has led many Americans to think of themselves as divided into two distinct and opposing tribes—Republicans and Democrats, or conservatives and liberals. However, these two groups, despite their many real (and often exaggerated) differences, are part of a superordinate group. Much like competing sports teams that fiercely struggle against one another during a game and then shake hands in mutual respect afterwards, their superordinate group identity as players of the same sport is more important than their membership on a particular team. While they disagree strongly on a host of issues, even committed partisans are Americans and can unite around that group identity.

This may sound like wishful thinking. Just because people share a national identity does not mean that identity will work as the type of superordinate group that will bring partisans together. But there are good reasons to believe that people on the Left and Right can unite around a shared positive American identity.

A recent survey of American adults conducted by the Archbridge Institute and the Challey Institute for Global Innovation and Growth found that 87% of respondents are proud to be American. Critically, the vast majority of people across different political groups similarly indicated that they were proud of being American. Another survey conducted by the Archbridge Institute found that the majority of Americans believe they have achieved or are on the path to achieving the American Dream. Moreover, Americans overwhelmingly support positive-sum policy priorities such as making sure that no one lives in poverty or ensuring that everyone has a fair chance of achieving success, rather than prioritizing the “us versus them” policies of post-hoc income redistribution.

We should continue to advocate for the classical liberal tradition of treating people as individuals, especially in the legal system. However, we cannot completely shake the tribalism that comes as part of the package of being human. To that end, we should work towards using our group-oriented cognitive and motivational inclinations to solve common challenges.

We cannot expect to eliminate all social conflict. But we can certainly do a lot more to promote harmony and flourishing for all by recognizing and promoting a positive, shared American identity.

Dr. Clay Routledge is a professor of management at North Dakota State University and a senior research fellow at the Archbridge Institute, where Ben Wilterdink serves as director of programs.