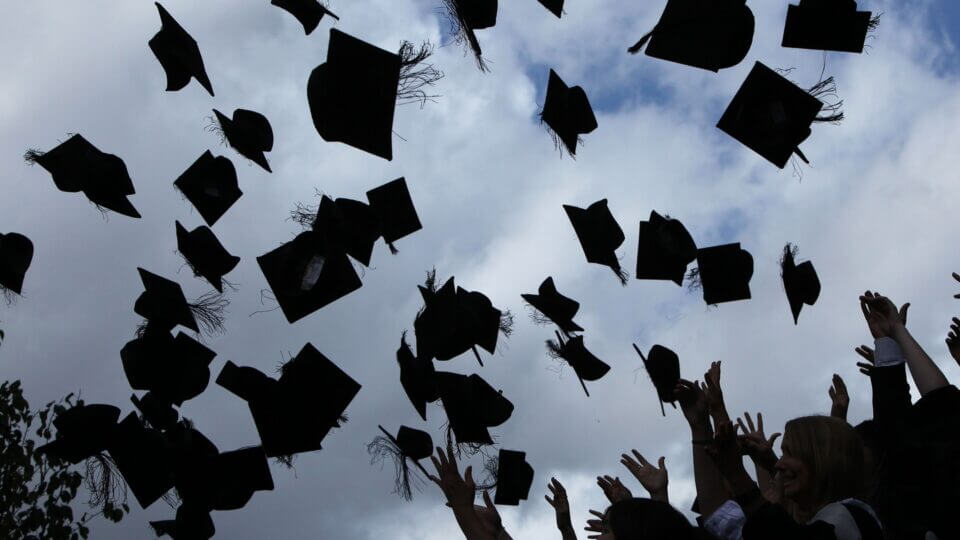 “Relief that starts and stops with student loans is merely distracting from larger issues.”

Recently, I came across a tweet by Kayla (@KAYbeginskiss): “A lot of poor people don’t have student loans…they have payday loans and medical debt, and an inflated car payment. They deserve to have their debt erased just like college grads.”

And, indeed, forgiving only student loan debt is classist. Other forms of debt cause active harm, too. Simply, all debt should be forgiven to help foster not just economic prosperity but basic wellness.

But, first, I will provide a note of positionality because objectors will want to know. Thanks to savings, to teaching, and especially to many generous scholarships, I never had student loan debt. I still support forgiving all loans. I also support a guaranteed basic income and Medicare for all. It is just the moral thing to do.

Some people in the United States are effectively too poor to attend college. They have not had the opportunity to acquire student loan debt. Application fees and transportation costs are only two obstacles that present substantial barriers. And, take note, Kayla’s tweet does not say—and I am not saying—that poor people never have debt from tuition and textbooks. Such individuals with the very least amount of capital are, however, often indebted to pawnshops, to payday loan businesses, and to other wealthy predators of the Imperialist White Supremacist Capitalist (Heteronormative Ableist Theistic) Patriarchy.

Forgiving student loan debt but forgetting the poorest would be immoral. And we should remember that some are too poor to qualify for credit.

An objection I have encountered to the wipe-out-all-debt argument is that while the government owns most student loan debt, it does not own other forms. Here, it is important to realize that because of pervasive neoliberalism, banks in the United States are state actors. Said differently, banks are effectively branches of government. And these banks/de facto governments and their trillions of collective dollars could easily afford to clear the “balance due” columns. The CEOs and CFOs probably would not even really notice; they would certainly remain among the 0.001% of the richest people to have ever lived.

And herein lies what can be an especially hard truth for some.

Those in the United States tend to avoid conversations about class. Except for perhaps the few convicted of serious crimes, seemingly “everyone” in the United States is seen as at least “middle class.” In reality, especially with the economic inequality we are seeing in the 2020s, most people fall within the “lower class,” “working class,” or “lower-middle class.” Basic survival is a struggle across the board when over half of the population does not have an extra $500 on hand. When critics like Kayla say, “A lot of poor people don’t have student loans…they have payday loans and medical debt,” defenses go up. People do not like to be reminded of their own economic inequality.

The only reason forgiving student loan debt is truly a topic of conversation is that it is considered an acceptable debt on the path to the so-called “American Dream.” If there were not sufficient numbers of people with college degrees, with enough money, and with enough “cultural credibility” (and so-called white-collar jobs) to have their voices heard, serious conversations about student loan forgiveness would seldom happen. And, to be clear, student loan forgiveness cannot forget people who left higher education for other paths toward survival—most who start college do not and cannot leave with a degree.

We should also acknowledge race. While poverty is systemic in the United States, many of the poorest are people of color, who have been effectively prohibited for generations from accumulating any kind of wealth. And if white individuals were not the largest group of college graduates (and the largest group of politicians), again, serious conversations about student loan forgiveness would exist only on the fringe.

The wide-spread illusion of “individual responsibility” also hinders all progress towards economic equality. Any conversations about burdensome debt and forgiveness must consider long-term solutions and must recognize that people en masse would not be in such debt if employers—the people in control of the purse—actually paid anything close to a living wage and if tuition were affordable.

Relief that starts and stops with student loans is merely distracting from larger issues.

Andrew Joseph Pegoda (@AJP_PhD) holds a Ph.D. in history and teaches women’s, gender, and sexuality studies; religious studies; and English at the University of Houston. Previous articles can be found in The Conversation, History News Network, The Houston Chronicle, Time, and The Washington Post, among others.