Is the West “at War with Islam”? 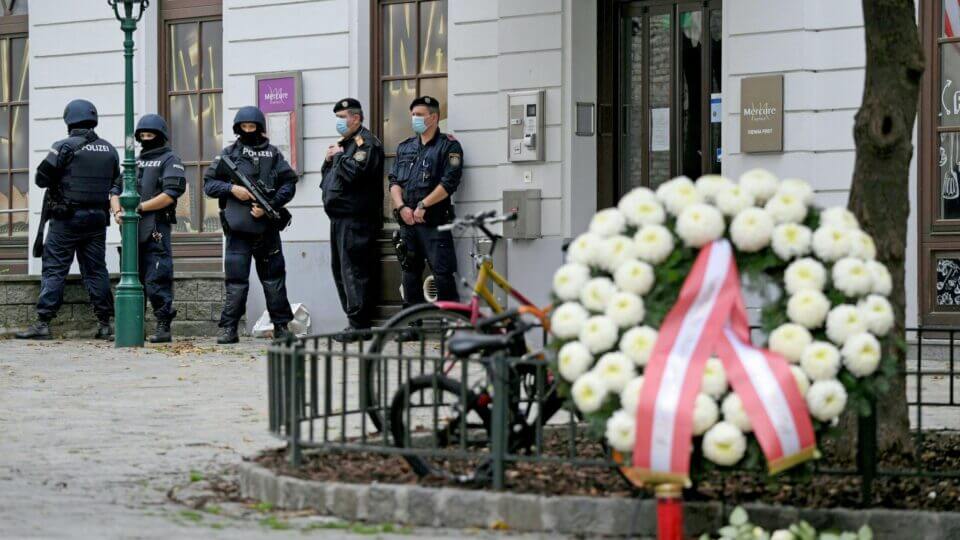 “This becomes painfully clear when it is one’s own city that is being attacked. I had cycled through the neighborhood a mere 30 minutes before the attack commenced.”

The recent terrorist attacks in France and Austria bring to mind a controversial statement made by Sam Harris in his 2004 book The End of Faith: “We are at war with Islam.” What does he mean by that? The neuroscientist-cum-philosopher elaborates:

“It is not merely that we are at war with an otherwise peaceful religion that has been ‘hijacked’ by extremists. We are at war with precisely the vision of life that is prescribed to all Muslims in the Koran, and further elaborated in the literature of the hadith, which recounts the sayings and actions of the Prophet.”

Having read the Koran, I concur with Harris’s conclusion that a peaceful future is one “in which most Muslims have learned to ignore most of their canon, just as most Christians have learned to do.” Unless we are willing to assert that Muslims are, somehow, incapable of maturing out of theocracy and ancient superstition, this is not an unreasonable expectation. As Harris points out, however, “[s]uch a transformation is by no means guaranteed to occur…given the tenets of Islam.”

Nor is such a transformation sufficiently incentivized by the West. On the contrary, the Western media is rife with apologism for even the most gruesome, most barbaric manifestations of Muslim bigotry. In the wake of the recent killings of French citizens by Muslim terrorists, The Associated Press, for example, commented: “Why does France incite anger in the Muslim world? Its brutal colonial past, staunch secular policies and tough-talking president who is seen as insensitive toward the Muslim faith all play a role.” And Politico blamed “An extreme form of secularism and embrace of blasphemy, which has fueled radicalism among a marginalized minority.”

Not only do these publications have it backwards—secularism and freedom of expression are here to protect us from religious intolerance, not the other way around—they also contribute to a culture of masochism that leaves Western society increasingly vulnerable to theocratic subversion. Even if only a small percentage of the 1.8 billion Muslims of the world, including those living in Western democracies, have jihadist intentions against the West, these media outlets are playing a dangerous game.

In a secular society, Macron argued, blasphemy is protected by the right to free expression, a right we must defend at all costs, especially when threatened by religious fanaticism.

Western society simply cannot afford to wage war against itself, while also facing an international shadow army of jihadists and an even larger contingent of sympathizers, who condone violence against civilian targets to defend Islam. This is not even to mention the almost 70% of Muslims who subscribe to illiberal Islamic precepts which directly contradict Western democratic values such as secularism, individual sovereignty, and equality before the law.

Following the murder of Samuel Paty, a Parisian school teacher who was decapitated by an Islamist for illustrating the importance of free expression by presenting a Muhammad cartoon to his class, there has been outrage across the Muslim world—not about the gruesome murder but, rather, about President Emmanuel Macron’s defense of blasphemy: In a secular society, Macron argued, blasphemy is protected by the right to free expression, a right we must defend at all costs, especially when threatened by religious fanaticism.

But what about freedom of religion? The argument could be made that to hurt deliberately the religious feelings of a marginalized minority further oppresses that minority. However, the secular principle of protecting religious freedom must include freedom from religion. By definition, no such principle exists in theocratic societies; blasphemy laws are incompatible with that notion. Those who seek to impose their religious laws on society are enemies of freedom. They are our enemies.

After a jihadist recently opened fire on civilians in downtown Vienna—about two miles from where I live—Macron immediately made the following statement:

“We French share the shock and grief of the Austrian people struck this evening by an attack in the heart of their capital, Vienna…This is our Europe. Our enemies must know who they are dealing with. We will concede nothing.”

No matter whom they kill, they are taking aim at all of us. This becomes painfully clear when it is one’s own city that is being attacked. I had cycled through the neighborhood a mere 30 minutes before the attack commenced. As this was the final night before the Coronavirus (COVID-19) curfew (which may explain the attacker’s timing), many people were out and about to enjoy the unseasonably mild evening. Just after 8 p.m., however, they found themselves trapped in bars and restaurants, hiding while others, including a policeman, were shot in the street. Four people died. I watched the events unfold on television—a strange experience, having just been there.

At no point, however, was there any real doubt about the attacker’s motivation or ideology. Unsurprisingly, the gunman, who was shot dead by police, turned out to be a known jihadi, previously convicted of conspiring with a terrorist organization (but released early).  Several other suspected Islamists have since been arrested in connection with the attack.

Days prior to the shooting, between 30 and 50 Viennese kids of Turkish decent rioted in a Catholic church while screaming Islamist slogans. The underreported incident is assumed to be connected to the ongoing debate about the aforementioned Muhammad cartoons. The target—a place of worship—is telling. It underscores the religious roots of the conflict, contradicting the view—held by many apologists—that “extreme” secularism, Islamophobia, and colonialism (Austria had no colonies to speak of) are to blame for Islamic terrorism.

However, the fact remains that all Islamists are Muslims, and their interpretation of Islam is no less plausible than that of moderate Muslims.

Islamic scripture, if read literally, is full of bigotry and violence. The Prophet showed little tolerance or mercy for infidels—not to mention apostates—and clearly expected the same from his followers. This is not to say, however, that all Muslims are Islamists. However, the fact remains that all Islamists are Muslims, and their interpretation of Islam is no less plausible than that of moderate Muslims.

Nor is the conflict between Islam and the West about race. The Vienna shooter, for example, was of North Macedonian decent, while the three men reported to have saved the critically injured policeman’s life during the attack were of Turkish and Palestinian origin, respectively. As such, to brand criticism of Islam as racist, as is common on the Left, is a fallacy.

It is absolutely crucial not to conflate the religion of Islam with the people who live under its influence, having been born into communities or societies where Islam is the only game in town, where it reigns supreme. However, the reality that such societies exist tells us a lot about Islam’s theocratic essence and claim to political power. It is also not surprising that such a religion would show expansive tendencies.

How can this expansion be contained? Immigration policy aside, when faced with theocratic barbarism, it is crucial that we defend and promote Western Enlightenment values such as secularism, humanism, and reason—the cornerstones of our modern civilization—and cede nothing to religious fanatics and extremists. Nothing symbolizes this attitude better than the Vienna Philharmonics’ decision to perform for those barricaded inside the Vienna State Opera during the terrorist attack. This assertive approach not only advances social cohesion; it also helps enlightened Muslims secularize their communities.