Appreciating the Legacy of James Randi 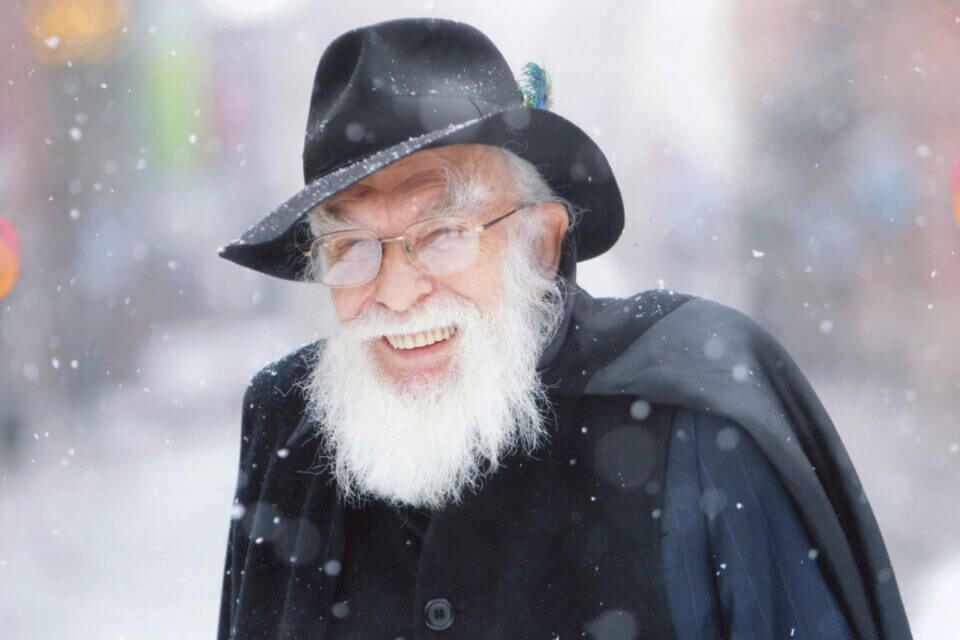 “The Canadian-born James Randi, who passed away this past week at the age of 92, will surely be remembered as a modern-day Lucian.”

Illusionism has a long history, and practitioners have traditionally upheld a code of honor in not revealing the secrets of their craft. Adherence to this code is what allows for this particular type of entertainment to persist through the ages. However, illusionism does not always make simply for harmless fun. Sometimes, illusionists seek—for various reasons—to pass off their tricks as if they were actually magic. This was true in ancient times, as well as today; by staging their tricks in a certain manner, certain illusionists were able to manipulate audiences into believing that—somehow—they had supernatural powers. For example, healers could produce bloodied animal parts to give the impression that they were performing painless surgeries, in which they claimed they were invoking spirits. According to the renowned Columbia University historian Morton Smith, Jesus Christ may have even been one such illusionist.

In antiquity—when scientific knowledge was limited and superstitions were rampant—many were duped by these insincere illusionists. Fortunately, though, there were also insiders who knew the secrets of illusionism and publicly exposed such tricks. For example, in the 2nd century A.D., Lucian of Samosata exposed the tricks of Alexander, a Greek charlatan who claimed supernatural powers by using conventional illusionist techniques.

The Canadian-born James Randi, who passed away this past week at the age of 92, will surely be remembered as a modern-day Lucian. Randi began his career as a stage magician and escape artist, baffling audiences with his amazing performances. For example, in 1956, he placed himself for 104 minutes in a coffin that had been submerged in a swimming pool. As with most practitioners of his craft, he did not reveal performing secrets.

After this illustrious career as an illusionist, however, Randi became very worried about the way new deceivers were using old tricks in order—once again—to claim supernatural powers. He was especially concerned with Uri Geller, the handsome Israeli performer who had duped some scientists into believing that he had supernatural powers. By doing so, he had given the field of parapsychology (a pseudoscientific discipline that purports to investigate psychic phenomena and other paranormal claims) a boost in the 1970’s. (Geller was allegedly bending spoons with his mind, thus proving the reality of psychokinesis.) Randi explained how this feat could be done without any recourse to supernatural abilities, and, in one particularly brilliant move, he teamed up with Johnny Carson in 1973 to make Geller fail in performing this alleged feat on national television.

In the following decades, Randi would take aim at other charlatans. He targeted psychic surgeons (people who allegedly perform surgeries solely with their hands) by performing psychic surgeries himself. He did not reveal the secrets of how these surgeries were done. However, by showing crowds that he could do them, he assured them that no supernatural processes were involved.

Academics were not spared, either. In the 1970’s, some scientists were enthusiastic about the emerging field of parapsychology. Randi trained two young men to pose as subjects with paranormal abilities. The young men went to parapsychology labs and did their feats. Scientists announced their results to the world—only to have Randi and his collaborators come forward and expose everything as a hoax. This particular episode, known as Project Alpha, became a landmark event in 20th century skepticism.

Randi, thus, became the modern-day skeptic par excellence. By the 1980’s, Randi was more interested in debunking than in performing as an illusionist. For many years, he challenged psychics and other charlatans to a contest. If they performed their allegedly supernatural feats under controlled conditions, he would give them $1 million. Predictably, the prize money remains unclaimed.

Randi also had an academic streak, and he wrote thoroughly enjoyable books, such as a biography of Nostradamus (exposing how Nostradamus’ seemingly amazing prophecies were just very vague announcements with no predictive power) and a historical encyclopedia of frauds. This piece of scholarship, which was published in 1997, is particularly useful as a reference to a wide array of dubious claims across many countries (such as UFO abductions, Big Foot sightings, acupuncture, etc.)

He leaves behind a profound legacy, which is strikingly relevant for our contemporary culture wars. By promoting skepticism and scientific literacy, Randi’s legacy will likely upset people across the political spectrum. The usual suspects might be on the Right: climate change deniers, creationists, anti-vaxxers, and the like. However, Randi’s skepticism crusade is also likely to ruffle feathers on the Left: today, in the name of multiculturalism, the Left is awash with new charlatans who, appealing to so-called “indigenous ways of knowing,” promote the same sort of mumbo-jumbo that skeptics such as Lucian and Randi have exposed throughout the ages. His honesty, intellectual rigor and acute sense of humor, ought to be remembered in years to come. But perhaps the greatest honor to Randi’s legacy should be a commitment to scientific literacy across society.

One thought on “Appreciating the Legacy of James Randi”