Tax Evasion and the Catholic Church’s Plank in Its Eye 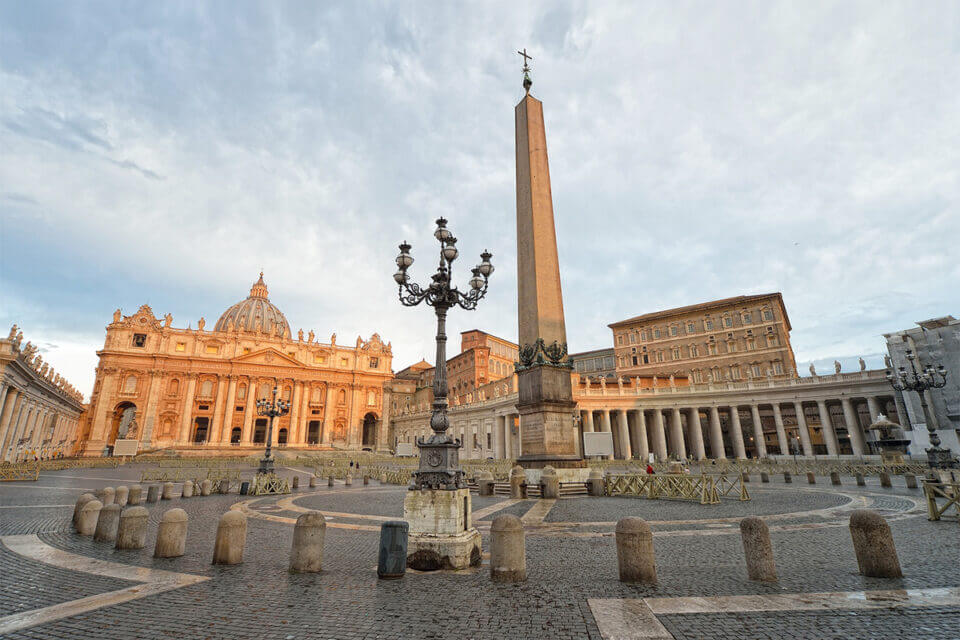 “But the hard fact is that the Vatican’s vast untaxed riches—and the Church’s tax-exempt status in many countries—make it impossible for [Pope Francis] to avoid charges of hypocrisy.”

The New York Times recently released reporting claiming that President Donald Trump engaged in tax avoidance. These allegations may or may not be true. But approximately one month away from the presidential election on November 3rd, they come at a perfect time—once again—to attack President Trump right in the midst of election season.

One party likely to be joining this Trump-bashing bandwagon is the Catholic Church and, more specifically, Pope Francis himself. The pontifex has a long record of targeting President Trump with thinly veiled criticisms, to the point even of implying that the President is not a Christian. So far, Pope Francis has not yet commented on the recent affair regarding President Trump’s taxes. However, not so long ago, Pope Francis pontificated about how tax evasion is part of a  “structure of sin,” further adding that “those who do not pay taxes do not only commit a felony but also a crime.”

As usual, this made for a nice applause line from the populist Pope. But, whatever happened to, “Why do you look at the speck of sawdust in your brother’s eye and pay no attention to the plank in your own eye?” (Matthew 7:3)? Perhaps Pope Francis is not fond of this particular Bible verse because, indeed, the Catholic Church has a huge plank in its own eye.

As Gerald Posner tells it in his highly informative 2015 book God’s Bankers, the Catholic Church is not exactly the epitome of financial uprightness. After obscure dealings with the Nazi regime (and dubious investing schemes in the years following the Second World War), the Church found itself embroiled in a number of financial scandals.

At the center of the controversy was the so-called Vatican Bank, also known as Institutum pro Operibus Religionis or IOR. Under the guise of being an institution to fund charity projects, the IOR became a hub of money laundering, receiving huge sums from crime-related activity and tax evasion schemes. The IOR also had murky dealings with Italy’s Banco Ambrosiano. When this particular bank collapsed, the Mafia got involved, and a few heads rolled—most notably, Roberto Calvi’s, a mobster and banker whose body was found hanging under a bridge in London in 1982. (This was an individual who had done businesses with Archbishop Paul Marcinkus, head of the IOR for many years.)

Despite his harsh indictment of the Church, Posner says he is impressed by Pope Francis and his attempts to reform the Vatican’s finances. According to Posner, Pope Francis “has changed the structure so that it won’t have the ability to be at the center of those scandals. And he’s brought in some outsiders. They’ve closed hundreds of accounts that have been open that were tied to people that shouldn’t have had them. They are abiding by the rules set by the Europeans for financial transparency because they use the euro. So it’s a different era.”

Posner wrote his book in 2015, only two years into Francis’ papacy. Posner may, in fact, have been too naïve in his assessment of Pope Francis. A far more critical evaluation is provided by Henry Sire in his 2018 book The Dictator Pope. In Sire’s telling, Pope Francis has admittedly attempted some reforms within the IOR; however, by the time he became Pope, the IOR was no longer a big player in Vatican corruption.

The real player was another institution, the Administration of the Patrimony of the Apostolic See (APSA). Sire notes that “while media attention was being focused on IOR (understandably, in view of its past misdeeds), it was not noticed that APSA itself has been operating as a parallel ‘Vatican Bank,’ and it has escaped the reforms to which IOR has been subject. APSA has long been managing accounts for private customers and opening coded accounts for them in Swiss banks (it is not known whether it is still going on). This has been a favorite resource for rich Italians, allowing them to put money into investment funds and avoid paying tax.” Sire insists that “there is reason to believe that all along it has been APSA rather than IOR that was the real factory of criminality in the Vatican finances…As for Pope Francis, he has repeatedly been made aware of all this but has taken no action.” In Sire’s telling, Pope Francis has no desire truly to engage in financial reforms because that would entail getting rid of key players in the Roman curia that serve his political purposes.

Further research is surely needed to corroborate Sire’s claims. However, it does seem as if Pope Francis is an expert in diversionary techniques, and President Trump’s behavior comes in handy in this endeavor. This, after all, is straight out of the populist’s playbook, of which Pope Francis is so fond: Display false humility while assuming holier-than-thou rhetoric, before jumping on the bandwagon of attacking easy targets (such as President Trump) to get off the hook.

Even if Pope Francis does turn out to be the honest reformer that Posner takes him to be, the question remains: Is Pope Francis entitled to accuse tax evaders of being embedded in “structures of sin” when churches in countries such as the United States receive huge benefits in tax exemptions? In principle, the rationale behind the tax-exempt status is that it helps churches to provide goods that would otherwise not be offered due to market failure. But exactly what goods do we have in mind here? For a Catholic missionary in an African country dangerously dodging local war lords while administering vaccines in remote villages, this obviously makes sense. However, in countries such as the United States, Miranda Fleischer’s  assessment in The Washington Post is right on the money: “the real factor to consider is that even the most welcoming and well-attended churches are more club-like than not: Their benefits are enjoyed mainly by a small group and not the public at large. Since that’s the case, the justification for tax exemptions disappears.”

Pope Francis may try to show off by washing prisoners’ feet in front of cameras. But the hard fact is that the Vatican’s vast untaxed riches—and the Church’s tax-exempt status in many countries—make it impossible for him to avoid charges of hypocrisy. Some people evade taxes by skirting the law and consequently receive their boos; all the while, others evade taxes with the full support of the law and receive incessant applause while uttering hypocritical words. Morally, though, they are on equal ground.