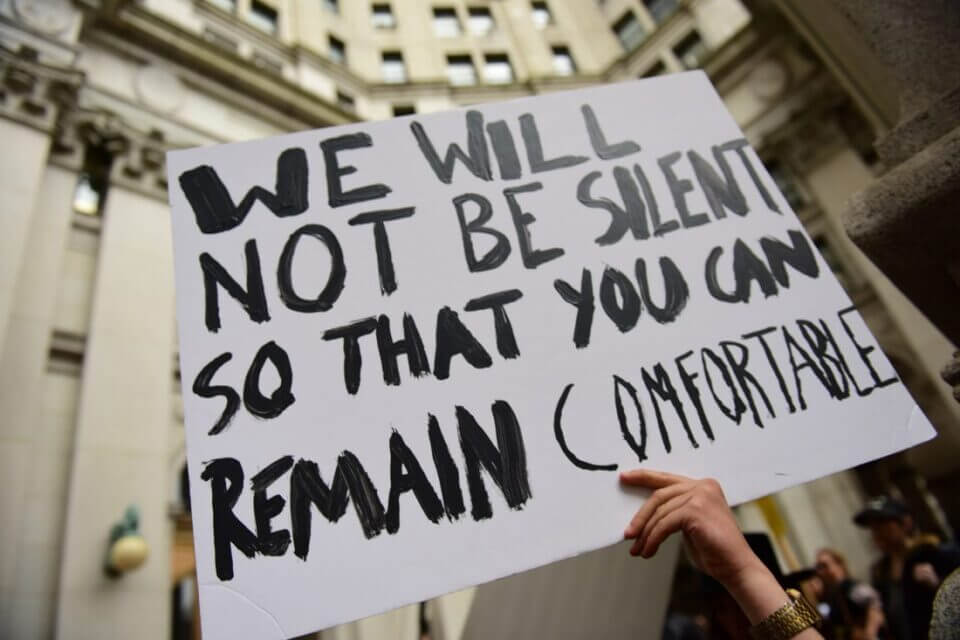 “Free speech does not enable extremism. Quite the contrary: It is the primary means to challenge wrongheaded attitudes, ideologies, and belief systems.”

As the 2020 U.S. election approaches, tech companies continue to struggle with the problems of “hate speech” and disinformation on their platforms. With high-profile incidents of political street violence and ominous warnings of more to come, many well-intentioned people have appealed to the “paradox of tolerance”—the idea that a tolerant society should tolerate everything except intolerance itself—as a rationale for silencing certain intolerant ideologies and beliefs.

Philosopher Karl Popper first coined the concept, writing that “unlimited tolerance must lead to the disappearance of tolerance.”

“If we extend unlimited tolerance even to those who are intolerant, if we are not prepared to defend a tolerant society against the onslaught of the intolerant, then the tolerant will be destroyed, and tolerance with them,” Popper reasoned.

While this makes some sense, this idea must be examined in context. (Jason Kuznicki’s analysis of the full quotation is worth reading.) For starters, the paradox was a musing footnote from Popper’s famed magnum opus The Open Society and its Enemies, a full-throated defense of liberal democracy, pluralism, and genuine tolerance. Nowhere in this book (and at no other time) did Popper ever advocate for “hate speech” laws or offer support for today’s illiberal “cancel culture.” It almost goes without saying that Popper devoted his whole life to resisting tyranny and would be appalled to see would-be authoritarians twist his words to rationalize censorship.

As support for “hate speech” laws grows and incidents of “cancel culture” continue to accumulate in today’s climate, we need to set the record straight.

The National Socialists (Nazis) came to power because of post-war political and economic conditions in Weimar Germany and not because it had too much freedom. Hate speech laws in Germany’s past (as well as in present-day France) were not only ineffective, but they also amplified the message of anti-Semites by giving them more attention than they deserved and allowing them to portray themselves as victims of governmental persecution. This, in turn, helped them to rally supporters.

Words are words. Violence is violence. The two cannot and should not be conflated.

Most importantly, even in that muddied footnote, Popper distinguished between words and physical violence. Suppression, in the form of self-defense, is justified when one is physically attacked. As misguided and harmful trends today continue to claim that “words are violence,” we need to remind ourselves that this is simply false: Words are words. Violence is violence. The two cannot and should not be conflated.

Popper’s “paradox of tolerance” has many other shortcomings and creates more problems than it addresses. For instance, it offers no guidance on separating tolerance from intolerance. Who decides what should be tolerated? The government? (If so, which level? Federal, state, or local?) One’s neighbors? One’s Facebook friends?

Letting prevailing opinion decide what are acceptable social boundaries very quickly leads to the tyranny of the majority, where the rights of minorities and the marginalized are ignored and trampled. Only a few generations ago, the majority of the American population believed homosexuality and interracial marriage should not be tolerated.

Censoring and browbeating people with traditional beliefs did not lead to greater social tolerance. Stronger moral and intellectual arguments by tireless advocates did. And their success was possible thanks to free speech and other pillars of the open society championed by Popper.

Free speech does not enable extremism. Quite the contrary: It is the primary means to challenge wrongheaded attitudes, ideologies, and belief systems.

Ignorance and isolation are the main roots of hate, bigotry, and fear. But honest, open-ended conversations can change people’s minds as what happened with Derek Black, the son of Don Black, founder of the notorious white nationalist website Stormfront. Instead of ostracizing or browbeating him as did most of his other classmates, his Jewish college roommate and other friends bravely tried dialogue that, in turn, led Black on an intellectual journey that eventually resulted in him renouncing his white supremacist beliefs. Reflecting on his past life, Black credits the “persuasion [that] happens in person-to-person interactions and it requires a lot of honest listening on both sides.”

Through honest dialogue and recognition of common humanity, African American blues musician Daryl Davis successfully persuaded hundreds of Klansmen to quit and hand over their robes to him. When they got to know him as an individual person and bonded over shared interests in music, ignorance gave way to facts, prejudices slowly fell away, and even friendships formed. The power of friendship cannot be understated, contrary to those who dismiss appeals of “I have a minority friend.”

In his eloquent essay “Friendship,” Ralph Waldo Emerson celebrated the inner dynamics of friendship for expanding and enriching our intellectual horizons:

“Our intellectual and active powers increase with our affection. The scholar sits down to write, and all his years of meditation do not furnish him with one good thought or happy expression; but it is necessary to write a letter to a friend,—and, forthwith, troops of gentle thoughts invest themselves, on every hand, with chosen words.”

Through their relationship, two friends also amplify each other’s goodness through a boundless generosity of spirit:

“I must feel pride in my friend’s accomplishments as if they were mine,—and a property in his virtues. I feel as warmly when he is praised, as the lover when he hears applause of his engaged maiden. We over-estimate the conscience of our friend. His goodness seems better than our goodness, his nature finer, his temptations less. Every thing that is his,—his name, his form, his dress, books, and instruments,—fancy enhances. Our own thought sounds new and larger from his mouth.”

Good faith and reciprocal benevolence change people for the better, as Emerson rightly recognized. Modern peer-reviewed science reaffirms timeless wisdom and helps explain why Davis successfully made inroads with people who first hated him. As summarized by Brian Resnick at Vox:

“Giving grace. Listening to a political opponent’s concerns. Finding common humanity. In 2020, these seem like radical propositions. But when it comes to changing minds, they work….

The new research shows that if you want to change someone’s mind, you need to have patience with them, ask them to reflect on their life, and listen. It’s not about calling people out or labeling them fill-in-the-blank-phobic. Which makes it feel like a big departure from a lot of the current political dialogue.”

Our generation has witnessed firsthand how greater tolerance has evolved towards shifting stances on, say, interracial marriage and homosexuality. Being able to freely discuss highly controversial, offensive, and deeply upsetting social issues and challenge deeply-held beliefs were key towards progress.

The American concept of freedom of speech is truly “exceptional,” even when compared to other Western liberal democracies. Virtually all other countries have “hate speech” laws; however, the First Amendment and, most importantly, the attitude of the American people prevent that from becoming reality here.

Let us not forget these lessons as we confront new challenges to our most cherished institutions. They are worth preserving and defending.

Aaron Tao is a technology professional and  Young Voices Contributor working in Austin, Texas. Follow him on Twitter  @aarontao2.