Searching for Common Meaning in the Age of Polarization 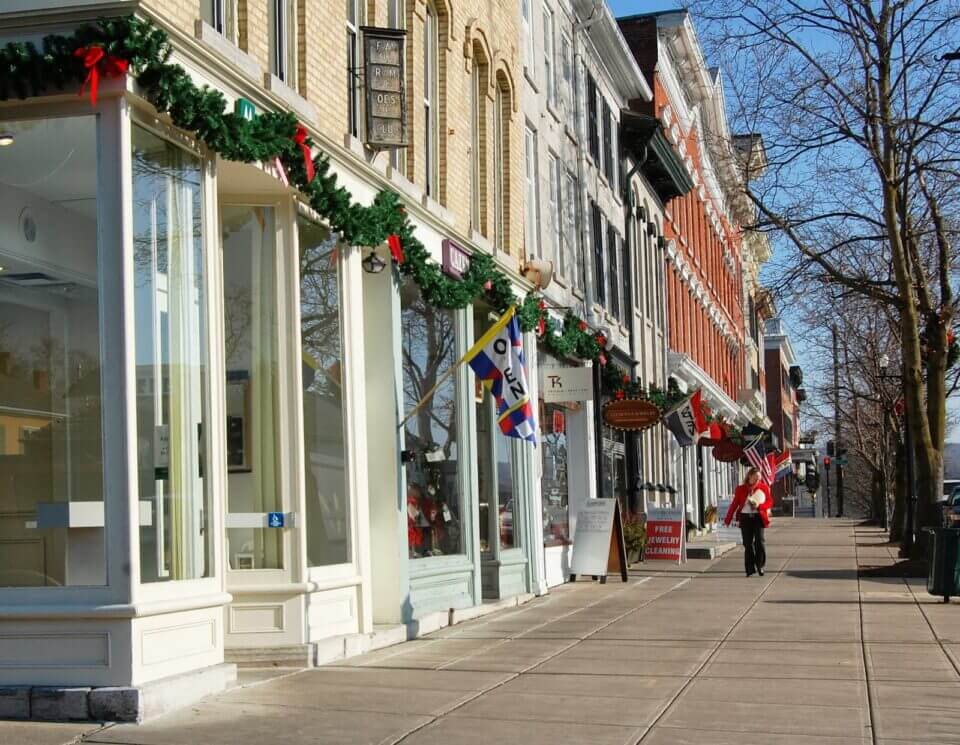 “It is not between Red and Blue states; it is a battle about whether there is meaning outside of politics.”

During this presidential cycle, the campaigns of both President Donald Trump and former Vice President Joe Biden constantly tell us that this election is the most important of our lifetimes—a battle for the soul of America. It may be true, but using this kind of phrase has become almost like a rite of passage for every presidential candidate or pundit, rather than an objective statement to be taken seriously.

However, in our hyper-partisan times, there is an important battle being waged in the background. It is not between Red and Blue states; it is a battle about whether there is meaning outside of politics. Are elections (and politics more broadly) the most important things in our lives? Should they be? Certainly, politics and policy have an effect on the pursuit of happiness, but the question is whether they, themselves, are the main sources of happiness.

Historically, one of the most important ideas that has helped bring Americans together in a common pursuit of meaning has been the ethos of the American Dream, which has typically been defined as the promise of a land in which people are free to seek better, richer, and fuller lives. The American Dream is a vision for the United States. It is aspirational, not material, and it is forward-looking and ultimately cooperative. It is an invitation and opportunity to strive for something bigger: to achieve one’s full potential in the quest to live a meaningful life. But it is not an assurance. And, for many decades, injustices pushed that dream out of reach for many. These are tragedies that should never be forgotten but, rather, learned from so that every American has the freedom and opportunity to thrive.

People are not just choosing preferred policy platforms but appear to be searching for their ultimate meaning in those political teams.

As many evolutionary psychologists note, humans are tribal by nature and there are, of course, important policy distinctions between the major political parties that naturally create disagreement among Americans. But a great deal of modern devotion to political tribes seems to go beyond policy preferences. People are not just choosing preferred policy platforms but appear to be searching for their ultimate meaning in those political teams. Why is that?

First, it is important to consider how important meaning in life is to human flourishing. A lack of meaning in life is a major risk factor for depression, drug and alcohol abuse, and suicide. A strong sense of meaning in life does not just reduce the risk of mental health problems; it also motivates the types of goal-directed behaviors that help people live longer, healthier, and more socially and economically successful lives.

Understanding what gives people a stable sense of meaning in life—and how these sources of meaning are being weakened—sheds light on why many may be turning to political tribalism. Surveys find that close relationships are the most prominent source of meaning in life. More specifically, to gain meaning from social life, people need to believe that they have a significant role to play in their relationships with others. Religious faith has historically played a central part in supporting meaning because it promotes family and community goals, as well as behaviors that help people view their existence as serving a purpose that transcends their individual lives.

More broadly, institutions and cultural identities that offer people the opportunity to matter (and inspire them to act with social purpose) promote meaning in life. In other words, meaning is about contributing to something larger and more enduring than the individual self.

Increasingly, Americans are drifting away from each other and losing the interpersonal and cultural connections that help generate and sustain meaning. Consider, for instance, surveys conducted by The Wall Street Journal/NBC News in 1998 and again in 2019 documenting a number of changes in the extent to which Americans value family formation, religious faith, and love of country. Two decades ago, nearly 60% of Americans reported that having children is very important. That number is now down to 43%. During that same time, the percentage of Americans indicating that religious faith is very important dropped from 60% to 50%. And the percentage of Americans reporting that patriotism is very important dropped from 70% to 60%.

Young adults, in particular, appear to be losing faith—not only in many cultural institutions but in their fellow humans more broadly. A 2018 Pew Research Center survey found that 73% of adults under the age of 30 believe people just look out for themselves. However, it is not just very young adults who are losing social trust: The majority of Americans under the age of 65 share the belief that people mainly look out for themselves. Declines in marriage and fertility further suggest Americans are losing confidence in traditional cultural institutions and even the future of our species.

These and related trends may help explain modern political polarization. When people abandon the institutions and identities that help them cultivate meaning (and provide social and community bonds), they do not simply also abandon the search for meaning. Instead, they look to alternative sources because meaning is a fundamental human need. However, seeking meaning through political partisanship, particularly during this time of click-bait and outrage-driven media, drives division. And all of this further threatens the social and cultural scaffolding that supports meaning.

But there is another way forward. Rather than thinking of the United States as just a battleground for distinct political parties, cultural teams, and political polarization, we could renew the more unifying and hopeful path to meaning by trying to live up to the ethos of the American Dream. Indeed, many Americans still share a common conception of the American Dream. In a recent Pew Research Trust poll that asked Americans to define what aspects are essential to the American Dream, the top two choices that most people deemed as most essential were freedom of choice on how to live and having a good family life. Americans rated retiring comfortably and making valuable contributions to the community as the third and fourth most essential features of living the American Dream.

Finding meaning in our communities, families, and cooperatively working with others—and not in politics—has been the key to the American Dream, and this is an aspiration that we should strive to live up to. That way, every American can believe that he or she has a meaningful role to play in our great nation.

Gonzalo Schwarz is President and CEO of the Archbridge Institute in Washington, D.C. Clay Routledge is a Professor of Management at North Dakota State University.