Rep. Eric Swalwell: Reflecting on the Impeachment of President Trump 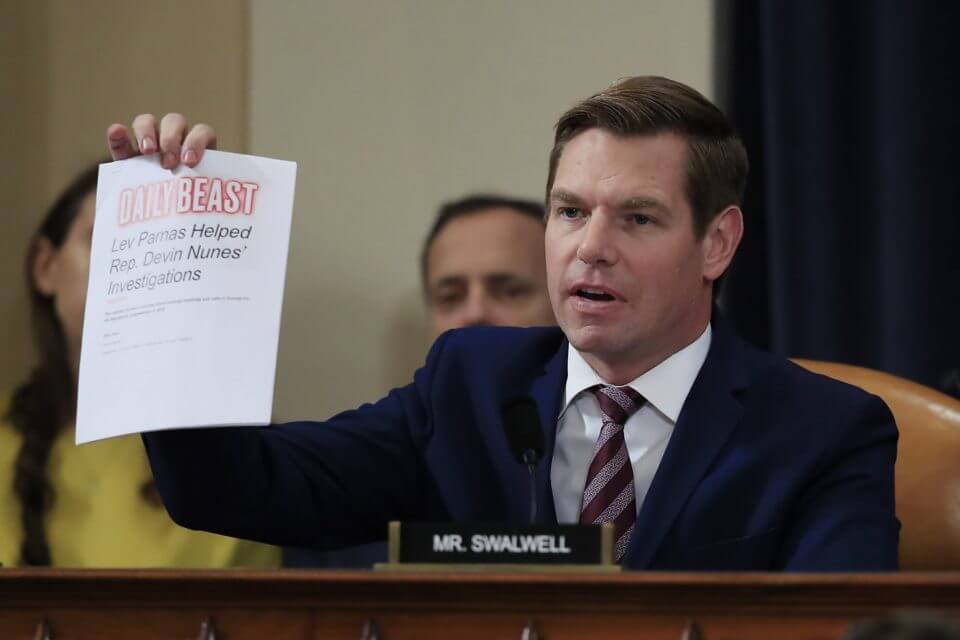 “Maybe there are some lessons learned, so this never happens again.”

On July 13th, Merion West‘s Kevin Turner was joined by Rep. Eric Swalwell, who serves as the U.S. Representative for California’s 15th congressional district. Rep. Swalwell recently authored Endgame: Inside the Impeachment of Donald J. Trump, a book about his own journey to office, as well as his own account of how “he and his colleagues resisted, investigated, and impeached a corrupt president.”

During the conversation, Rep. Swalwell recounts his reasons for writing the book as, “A tribute to heroes who came forward like Lt. Col. Vindman, Fiona Hill, and Mary Ivanovich,” adding that this event should serve as a lesson for the “next generation; maybe there are some lessons learned, so this never happens again.”

Rep. Swalwell discusses how events in his early life impacted the way he views those who take a stand against powerful figures or institutions, recalling how his father, a police officer, stoop up to a corrupt network in his small Iowa hometown:

“He would not bend to the will of some corrupt mayor and council members, so I saw he was willing to lose his job to do the right thing, and that lesson imparted on me at five years old and stayed with me my whole life.”

Rep. Swalwell compares his father to the men and women who testified against President Trump during his impeachment trial earlier this year:

“I thought it was an interesting parallel of my dad standing up for what it is right, losing his job because of it—and here we were in 2019, holding the president accountable while seeing people like Hill, Ivanovich, and Vindman willing to lose their job to do what was right.”

“I say corruptly intervened because Bill Barr was asked at his nomination hearing if he believed a president could use the pardon power to help somebody who would not end up testifying against the president, and he said: ‘No, that would be unlawful.'”

While removal from office is no longer an option, Rep. Swalwell has his focus set on November:

“I think now it is on all of us at the ballot box to hold him accountable.”

Watch the conversation below: