The Cultural Imperialism of Protest 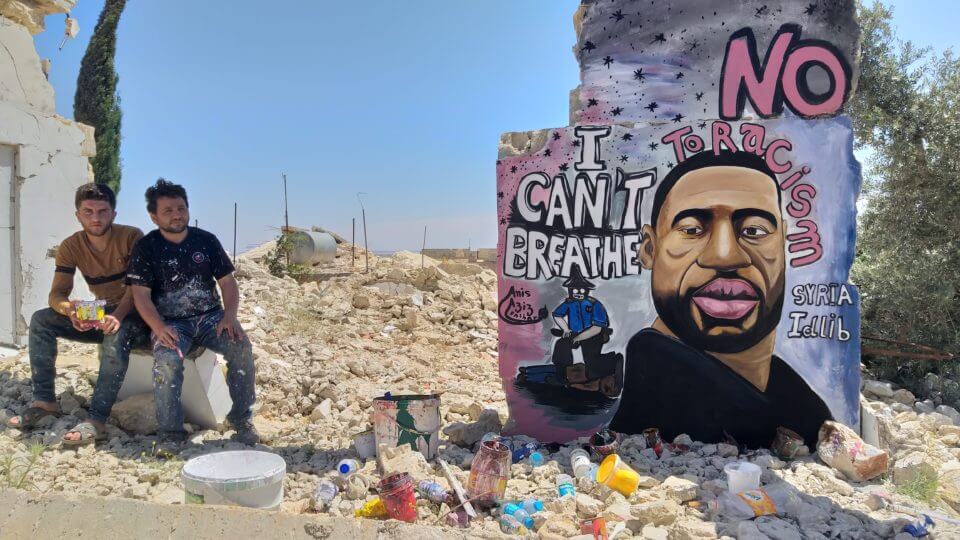 “Yet I see it more as yet another form of cultural imperialism. It takes an American victim to be brutalized in order for the whole world to come out and protest.”

By now, we have all heard an activist mantra: “Black people can’t be racist.” This is what Spike Lee said in his famous 1991 Playboy interview. In this view, black Americans cannot be racist because they do not have power. But I still don’t get it. Take Naomi Campbell, for example. The supermodel has a long history of abusing assistants. Suppose that, in one of those cases, Campbell were to abuse a white assistant, and say that abuse were racially motivated. Does one mean to argue that, in such a case, a diva who is worth approximately $80 million would not be racist because she has no power over an abused assistant, who likely barely makes a wage she can live on?

What about imperialism? Can African Americans be imperialists, or does the same “they have no power” argument apply? Drone attacks that violate national sovereignty and take disproportional collateral damage are textbook cases of imperialism. Yet, when President Barack Obama intensified these attacks in Pakistan, most liberals—particularly in the press—did not say a word.

The annexation of Santo Domingo never came to be. But, another African American imperialist adventure did happen, with tragic consequences that are still felt to this day.

As for a reality check, African Americans can be imperialists. Consider a much-beloved figure in African American history: Frederick Douglass. Douglass is rightly commended for being an anti-slavery activist during the Civil War and Reconstruction. However, his anti-slavery zeal led him on imperialist adventures. As the doctrine of Manifest Destiny was taking shape—and the United States was embarking on an aggressively expansionist project—President Ulysses S. Grant set his eyes on the small independent island nation of Santo Domingo, in the Caribbean. President Grant placed enormous pressure on Dominican leaders to yield sovereignty to the United States and, thus, achieve annexation.

One of the key players in those negotiations was Frederick Douglass. With the annexation of Santo Domingo, Douglass was hoping to accelerate abolitionist efforts in the Caribbean. Noble intentions, to be sure. But extreme naïveté. The anti-slavery zeal was a cover for expansive American imperialism. And Douglass was prioritizing African American interests far above the interests of Santo Domingo’s natives themselves; Douglass’ primary motivation was for African Americans to get land, without considering how Santo Domingo’s peasants would be displaced.

The annexation of Santo Domingo never came to be. But, another African American imperialist adventure did happen, with tragic consequences that are still felt to this day. Contrary to a common misperception, white Northerners may have sympathized with abolition, but they were not thrilled with the prospect of having to live side-by-side with freed slaves. As such, some abolitionists came up with the idea of sending freed slaves to Africa. And many black Americans accepted the idea enthusiastically. In classic imperialist mode, these freed slaves established the colony of Liberia. These African American colonists displaced the natives and later became abusive. Soon enough, ethnic conflicts were rampant in Liberia, and these bloody conflicts persist to this day.

Take, for instance, the current protests over the death of George Floyd. This has ceased to be an American phenomenon; Paris, London, Mexico City, and a host of other cities are following the United States’ lead when it comes to demonstrations. One may think that this is a beautiful expression of international solidarity against racism. Perhaps, it is. Yet I see it more as yet another form of cultural imperialism. It takes an American victim to be brutalized in order for the whole world to come out and protest. And, for better or worse, all of these manifestations of anti-racist activism are now showered with the hipness of the commodities of advanced capitalism, paired with snobbery on social media. This is yet another indication that the whole movement has an imperialist aspect to it.

Perhaps the best illustration of this phenomenon is the extensive media coverage of a beautiful mural of George Floyd just painted in Idlib, Syria. Almost simultaneously, Russian forces bombed Idlib, yet few people took notice. Syrian victims simply do not have the hipness that American imperialism gives to victims in the United States. While young people in Sierra Leone sing along to 2Pac’s musical treatments of police brutality—and are eager to purchase merchandise featuring his image—do not expect American kids (of any race) to be singing about far more brutal conflicts in Sierra Leone or wear shirts depicting Sierra Leone’s decade-long civil war. In any postcolonialism textbook, this asymmetry is defined as imperialism.

“All Lives Matter” is perceived as a racist slogan by many. And, to be sure, in a great variety of contexts in American society, it might be. However, it is also time for activists to understand that, in the global context of cultural imperialism, the phrase “Black Lives Matter” also expresses privileges of its own. It is time for activists to also check their privilege.