America’s Pastime in the Age of Coronavirus 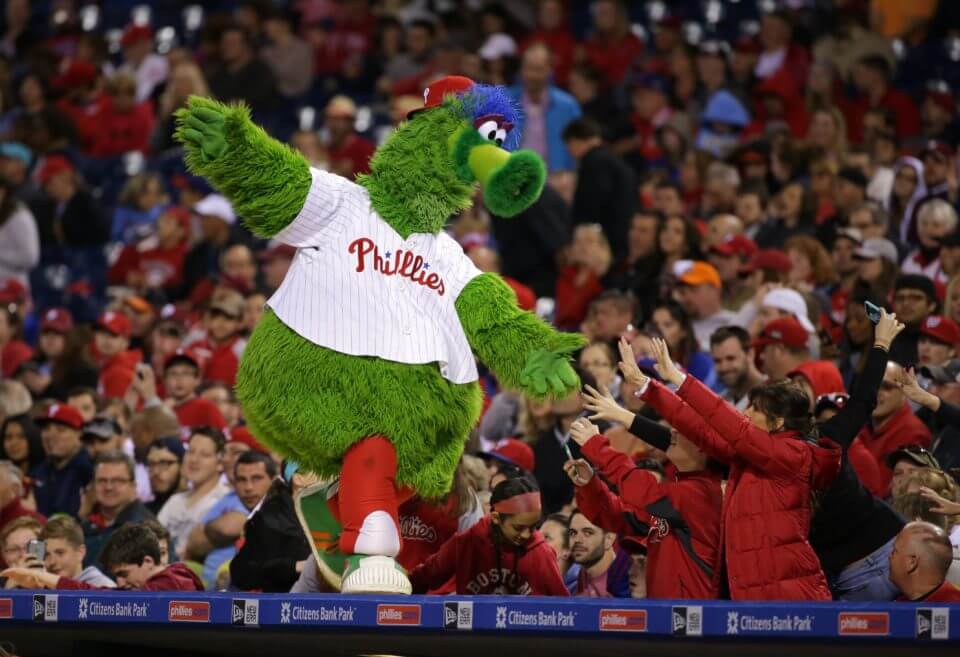 “Embodying much of the American spirit, baseball once again finds itself on the frontline, being utilized for political gains, with any rebuke of the MLB’s return likely to be chalked up as un-American or—worse still—shouted down as a commie act.”

For many Americans and international fans alike, spring means baseball. However, as a result of the COVID-19 pandemic, the bleachers remain empty and the light beers—like the 2020 Major League Baseball (MLB) season—remain on ice.

With an early July start date for the regular season considered to be the best-case scenario, the MLB has also been forced to cancel its United Kingdom-based exhibition series between Cardinals and Cubs, which was scheduled to take place from June 13th to 14th. As the MLB staff, like many, endures this indefinite hiatus, the Commissioner of Baseball, Rob Manfred, and his team of executives have vowed to explore every option as they “turn over every stone to try to play.”

As the organization’s dogged search for a solution continues, it seems increasingly likely that the so-dubbed “three-state plan” is going to be the governing body’s preferred route. Such a proposal would see each team quarantined at one of three hubs (Florida, Arizona, or Texas), with clubs playing out their regular season at the local major and minor league ballparks. As part of the plan, no fans would be allowed to attend the games, and all players would be subject to weekly testing as precaution. If confirmed, the plan would provide a much welcomed return of America’s pastime for many fans and possibly the American economy.

However, with many still predicting that a struggle akin to the Great Depression is on the horizon, American sportswriter and reporter Ken Rosenthal believes that the return of baseball could play a pivotal role in reigniting the economy and restoring things to normal.

After the coronavirus pandemic provoked an unprecedented financial crash—with the Dow Jones Industrial Average (the Dow) recording lows in the 18,000’s on 23 March—President Donald Trump’s $2 trillion aid package momentarily stabilized stocks. The Dow then plateaued at around 23,000—some 6,000 lower than market highs in February. However, with many still predicting that a struggle akin to the Great Depression is on the horizon, American sportswriter and reporter Ken Rosenthal believes that the return of baseball could play a pivotal role in reigniting the economy and restoring things to normal. As such, Rosenthal cites baseball’s contribution during World War II, as well as its role in helping America heal following the devastation of the September 11th attacks.

However, with fans being told to stay away, it is difficult to envisage how baseball can make the significant financial contribution that Rosenthal imagines. Players have already agreed to take prorated salaries based upon a shortened season. Furthermore, it is expected that owners will soon be asking players to receive even less pay as owners look to offset losses on ticket, parking, and concession revenues—a move that would suggest baseball is more likely to need financial support than to provide it. As a result, baseball’s contribution towards an economic revival may be somewhat muted during the “empty arena era.” As such, we may consider that any call for baseball’s return to be more aligned with creating the semblance of normality during these challenging times and providing a much-needed distraction from the daily death tolls and the eerily Orwellian movement control orders.

For the last month, as the world’s only active baseball league, the Chinese Professional Baseball League (CPBL) has been unduly charged with providing this distraction, filling the void for thousands of fans the world over. Played in Taiwan—where there have been “only” six COVID-19 related deaths to date—many may assume the CPBL to be little more than a lowly bush league. However, with the top-tier playing host to several former MLB players, the fashionable CPBL has seen over 650,000 fans tune into a recent game and proved a viable alternative to The Show. Acknowledging the CPBL’s newfangled popularity, Eleven Sports Taiwan has started providing free streams on its Twitter feed and has even committed to having English commentary on future matches. Accepting that the CPBL is doing a great job at keeping us suitably entertained, we may question the motivation behind any attempt to accelerate MLB’s reprise. This is a point compounded by the return of KBO League today, an equally well-respected Asian baseball competition whose season will now be aired on ESPN.

While there is no doubting the history and nostalgia attached to America’s home-grown franchises, it is difficult to present a coherent case for their return while so many lives remain at-risk. This is increasingly more the case when there are perfectly good alternatives being played in nations that have successfully controlled the virus. With the Trump administration coming under increased scrutiny—not least for suggesting that injecting disinfectant may be a suitable cure for the coronavirus—we may start to recall Theodore Adorno’s theorization of the culture industry, where pop culture is used to assert a top-down manipulation of the masses by inducing passivity. In doing so, we may consider the prospect of the big league’s untimely renaissance as a ruse, not just to serve as a distraction from the virus itself but rather—more poignantly—from the government’s ill-handling of the pandemic thus far.

Of course, while the MLB is not alone in its desire to find the “new normal,” the sport’s stature in American life might end up operating more as an overtly public symptom of the Get America Back to Work! agenda. As capitalism struggles to present itself as a valid economic system, unemployment surges during this crisis make a strong case for socialism, with governments remedying the collapse by adopting left-wing policies. For instance, there is new-found support for governments providing the security of a universal basic income for all who need it.

However, as the weeks have dragged on, the call for getting back to “normal” has grown stronger and stronger with the eruption of lockdown protests in Michigan, Virginia, and Minnesota dominating the headlines. However, while the novelty of working-from-home beards and casual daytime drinking may have worn off, this cry for normalcy is not centered around a need to be entertained. It is not for the love of the Yankees or even the A’s or the Dodgers. Rather, these rallies have been manifestly for protecting a way of life.

As part of the demonstrations, both socialism and communism have been vilified, with the latest financial collapse being linked to their collective ideology: an end to capitalism. In one of the more striking images of the protests, a woman was photographed wearing a star-spangled vest top holding a sign reading “SOCIAL DISTANCING = COMMUNISM.” While Marx and Engels did not prescribe social distancing in their manifesto, the spirit of the protesters’ message suggests that America is currently faced with Sophie’s choice. America can either cancel lockdowns, get back to work, and save the economy at the risk of millions lives. Or, America can protect people from the virus and let socialism—and, by extension, communism—win. Embodying much of the American spirit, baseball once again finds itself on the frontline, being utilized for political gains, with any rebuke of the MLB’s return likely to be chalked up as un-American or—worse still—shouted down as a commie act. As the government not only looks to Adorno’s culture industry to pacify the masses to distract them from the unprecedented success of socialist policies in dealing with this pandemic, an untimely return to baseball seems inevitable.

One thought on “America’s Pastime in the Age of Coronavirus”