Herodotus and Long-Standing Problems in Anthropology 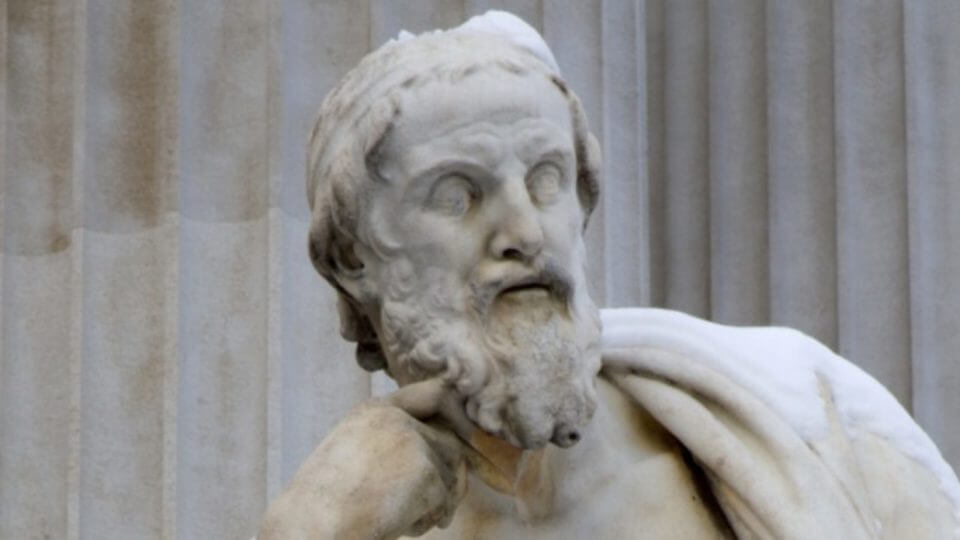 “Regrettably, in more recent times, anthropology (and the humanities in general) has placed excessive, imbalanced value on emic.”

In my previous Merion West op-ed, I discussed how Afrocentrists have developed two absurd claims: i) ancient Egyptians were black; ii) the Greeks stole philosophy from Egyptians. Although Afrocentrism makes for a mix of many bizarre claims from different sources, defenders of this movement typically appeal to the Greek historian Herodotus (c. 484 – c. 425 BC) to support both of their theses. In fact, some Merion West readers—following the publication of my last op-ed—wrote to me doing just that. Let me address the issue.

In a description of the Egyptians, Herodotus writes in The Histories, “the Egyptians said that they considered the Colchians part of Sesostris’ army. I myself guessed it, partly because they are dark-skinned and woolly-haired; though that indeed counts for nothing, since other peoples are, too; but my better proof was that the Colchians and Egyptians and Ethiopians are the only nations that have from the first practiced circumcision.” As Afrocentrists see it, this passage endorses their case: In no uncertain terms, Herodotus describes the Egyptians as dark-skinned and wooly-haired.

Not so fast. The key word in the original Greek of the passage is “melanchroes.” Contrary to what Afrocentrists claim, it does not mean “black,” in the sense of belonging to the black race. For that, Greek authors would have used “aethiops” (etymologically, “burned face”), the term that indisputably referred to Nubians and other peoples in what is today Sub-Saharan Africa. Herodotus does not refer to Egyptians with this term. Furthermore, in the very same passage quoted above, Herodotus implies that Colchians and Egyptians are of the same stock. Colchis is on the shores of the Black Sea, hardly an area inhabited by black people. Melanchroes means simply “dark-skinned,” a term that sometimes the Greeks even applied to themselves and other not-so-dark peoples, such as Syrians.

As such, given that Egypt was the older culture, Herodotus gratuitously assumed that the Greeks drew their culture from the Egyptians.

However, pace Afrocentrists, Herodotus did think that a great part of Greek culture came from Egypt. Herodotus travelled to Egypt, and he was fascinated with Egyptian rituals and religious practices. For example, he believed that the cult of Dionysus in Greece was originally the cult of Osiris in Egypt—and that the names of the gods in Greece resembled those of the gods in Egypt. According to his views, Greek orphic rituals are but an extension of Egyptian rituals.

Herodotus’ modus operandi was rather simple. He found some superficial resemblances between Greek and Egyptian cultural practices. As such, given that Egypt was the older culture, Herodotus gratuitously assumed that the Greeks drew their culture from the Egyptians. Dionysus and Osiris are very different deities, but Herodotus claimed Dionysus was originally Orisis, based on the fact that in both of their processions women would carry a phallus. In Orphic and Egyptian rituals, priests would not wear wool. However, this was for very different reasons: Egyptians would avoid wool because of climatic circumstances, while Orphic priests would avoid it due to animal taboos. This simple coincidence sufficed for Herodotus to claim that Orphic rituals were formerly Egyptian.

Afrocentrists take Herodotus’ claims at face value, but it should merit more caution. After all, this was the same author who wrote about gold-digging giant ants, men with dog heads, and such—with little critical scrutiny. Given that Egypt was an ancient civilization with monumental architecture, Herodotus was eager to establish a connection with the Egyptians, regardless of how anemic his comparisons may have been.

In his defense, we may well accept that Herodotus did not necessarily invent all of his claims out of thin air. During his visit to Egypt, he listened to what priests told him with the assumption of veracity; they also seemed eager to tell Greeks that Greek culture derived from Egyptian culture. Herodotus indiscriminately reported this in his books without proper audit. Yet, as Mary Lefkowitz argues in Not Out of Africa (the definitive refutation of Afrocentrism), Herodotus and other Greek writers:

“…placed too high a value on their informants’ ethnicity, as if to be Egyptian implied an ability to know Egyptian history and to explain Egyptian customs. They imagined that the Egyptians would know about their own country, because they believed that only Greeks could understand about Greece. If an Egyptian or Phoenician could not be counted on to know much about Greece, how could Greeks be expected to know about the history of Egypt?”

As it turns out, identity politics is quite old. Lefkowitz’s description is a form of identity politics in antiquity. In this view, only a woman can speak about women’s issues; only an African American student can write a piece for a Martin Luther King Jr. essay contest; only an Egyptian can understand Egypt. This same identity politics came back to haunt Lefkowitz in her career. She would be severely abused by Afrocentrists in debates, with them always labeling her as a racist. She would be asked if she had ever gone to Africa, to which she replied “no”; this would then be taken as proof that she cannot be trusted. For her critics, how dare she refute the claims of Afrocentrism if she had never been to Africa in the first place? But, even if she did go to Africa, she still would be disqualified from commenting on any Africa-related issue because her skin is simply not dark enough.

Contemporary anthropologists frequently advise the use of two methods in ethnographic studies: emic and etic. Emic is the viewpoint from within the informant’s social group, whereas etic is the viewpoint of the outside observer. In order to truly understand a cultural phenomenon, both viewpoints must be considered. Yet, anthropologists seemingly overlook that sometimes informants may simply be wrong. Regrettably, in more recent times, anthropology (and the humanities in general) has placed excessive, imbalanced value on emic. On account of attempting to dignify non-Western peoples at all costs (all in the name of postcolonial justice), it has too hastily assumed that whatever natives report ought to be true.

By telling Greek visitors that everything in their culture was Egyptian in origin, the priests may have attempted to express some fervent patriotism.

Herodotus seemed to have this problem. In this day and age, postmodernists are eager to ask what the hidden agendas are whenever particular points are made. Lefkowitz herself was under this scrutiny; her critics always claimed that her debunking of Afrocentrism had some perverse hidden agenda (white supremacism, Zionism, etc.). Yet, when it comes to the claims of non-white scholars, postmodernists strangely are not interested in asking if they have a hidden agenda. It, thus, comes as no surprise that Afrocentrists accuse Lefkowitz of having a hidden agenda, but they never bother to ask if Herodotus’ informants also had their own hidden agenda. In fact, they may, very well, have had one. By telling Greek visitors that everything in their culture was Egyptian in origin, the priests may have attempted to express some fervent patriotism.

In any case, Herodotus (and, consequently, Afrocentrists) fell prey to what historians call parallelomania. Small parallels between two cultures are not evidence that one must derive from the other. Some Olmec figures have thick lips and flat noses, leading some Afrocentrists to presume that Africans must have reached the Americas long before Columbus—and that Olmec culture was, in fact, a derivation of black culture; the rest of the linguistic, genetic, and archaeological evidence that demolishes that claim is conveniently omitted. The absurdity of these claims could be avoided if Afrocentrists (and many other pseudohistorians with similar approaches) would engage more critically with historical evidence, and honestly seek to pursue truth. Instead, too often they set up a hypothesis a priori and then look for confirmatory evidence in a thoroughly unscientific manner that gives all too little credence to the discipline of Anthropology.