One of my fondest memories as an undergraduate at Columbia University was the day my classmates and I watched a video of the historic 1965 debate at Cambridge between William F. Buckley and James Baldwin as part of our Social Theory class. At age 55, I was the oldest in my class of about 20 students, and most of my classmates were between the ages of 18 and 21. My classmates were repulsed by William F. Buckley, as well as by my view that he—rather than James Baldwin, a Black American essayist, novelist and playwright—was the winner of the debate. Moreover, we disagreed that when it comes to civil rights, Black Americans are far better off today than at any point in American history. As a conservative, my worldview has been shaped in large part by Buckley, who embraced anti-communism, capitalism, and cultural traditionalism. In turn, he used these ideas to shape the conservative movement. While I considered myself quite knowledgeable on what Buckley stood for, I was not sure how to sum up his views on the civil rights movement. It is well-documented that  Buckley opposed such policies initially but changed his stance later in life.

Shortly following the conclusion of this course at Columbia, I learned that Nicholas Buccola, a political science professor at Linfield College, had written a book that used this debate between Buckley and Baldwin as a backdrop to comment on the history of civil rights in the United States. Judging by Buccola’s comments on the podcast Scheer Intelligence, in which he asserted that the modern Republican Party was built on a foundation of white supremacy (as well as that Buckley was instrumental in the rise of President Trump, both of whom Buccola alleges are linked to white nationalism), I anticipated that the author came from a worldview different from my own. However, I decided to read the book.

In  The Fire Is Upon Us, which was published in the fall of 2019, Buccola asserts that despite the civil rights movement, Black Americans face as much discrimination today as they did in the 1960’s. The protagonist of the story is James Baldwin, one of America’s greatest Black writers. Baldwin appears as something akin to the Old Testament prophet Jeremiah, a man on a mission to give White America the courage to examine what lies beneath its fortress of white supremacy. The antagonist is William F. Buckley, a self-described guardian of the ideals at the core of the American dream. As such, Buckley is portrayed as a modern Gorgias, with arguments steeped in sophistry. Buccola also claims that Buckley’s legacy reveals that he was a guardian of white supremacy, rather than the ideals of the American dream. The high water mark of The Fire Is Upon Us is the debate between Baldwin and Buckley, which took place at Cambridge University on February 18th, 1965, the debate that provoked the emotionally-charged discussion that day at Columbia.

James Baldwin was declared the winner of the debate by a margin of 540 to 160. Buccola agrees that Baldwin won the debate; however, Buccola counters that it was Buckley who won the war for the American soul.

At the debate, the proposition in question was whether the American dream was at the expense of Black Americans. Baldwin spoke for, and, as he argued in Nothing Personal, Baldwin told the audience that he was a witness to the myth of America. Baldwin argued that America’s success and prosperity were the result of murder, rape, plunder, and its legacy of slavery. Buckley spoke against. Yet, he was unable to explain adequately why he, a self-professed defender of the Judeo- Christian tradition, the Constitution and the Declaration of Independence, was not willing to apply these principles to all people. While he advised Blacks in America to take advantage of the new opportunities available to them, they appeared to be blocked from doing so at every juncture. This shortcoming of Buckley’s view is described effectively by Buccola, yet it is not necessarily apparent from watching a video of the debate for the first time. James Baldwin was declared the winner of the debate by a margin of 540 to 160. Buccola agrees that Baldwin won the debate; however, Buccola counters that it was Buckley who won the war for the American soul.

Buccola uses the themes of Baldwin’s most famous literary works to craft his own theory on how a web of white supremacy has denied Black Americans their full identity. The idea that blacks are less than human when compared to Whites was at the heart of Baldwin’s debate argument—and also The Fire Is Upon Us. Buccola cites Baldwin’s Nobody Knows My Name to convey how demoralizing it can be when the lives of people of color are “dominated by the power of white people” in the name of paternalism. Baldwin surmises that even with the most humane and charitable actions of “superiors,” such an arrangement denies the “subordinate class” of an “essential element of human dignity.” Given both Buccola and Baldwin’s disdain for paternalism, I wonder what James Baldwin would now think of the idea of  reparations, as well as the advent of a new era of discrimination, in which Asian Americans are denied entry into Ivy League universities in the name of diversity. As Glenn Loury, the first tenured black professor of economics in the history of Harvard (and now a professor at Brown) points out in an interview with Vox: “So [Ta-Nehisi] Coates’s historical account is a lie. It tells only one part of the story. It erases the responsibility that African Americans have for our own condition. I refuse to accept that we don’t have responsibility for our condition. I refuse to accept that we’re not free-acting agents able to determine our own future.”

Had I read Buccola’s book prior to that discussion at Columbia, I may have defended Buckley less avidly. (After reading Buccola’s book and learning more about the context of Buckley’s views, I now find Buckley’s then-position on civil rights indefensible.) However, I am less convinced by Buccola’s assertion that white supremacy is the primary obstacle to Black advancement in the United States today. Instead, the picture is more complex. There is a need for criminal justice reform. However, many on the Left need to be more willing to discuss true problems in black communities, including crime rates, teenage pregnancies, and declines in the marriage rate. Conservatives have been able to document the failures of certain social welfare problems that have not only failed to help communities (both black and white, alike) but have actually caused further problems.

As Buckley said during the debate at Cambridge, “There is no instant cure for the race problem in America, and anyone who tells you that there is…is a charlatan and ultimately a boring man—a boring man precisely because he is then speaking in the kind of abstractions that do not relate to the human experience.” Nearly 57 years ago, the core of Martin Luther King Jr.’s “I Have A Dream” speech, as is frequently noted, is this idea of a world in which people are not reduced to the color of their skin but rather are judged by their individual character. Although the picture, as I now see it, is more complex than when I rushed to Buckley’s defense, my classmates at Columbia—as well as many of my professors—still miss the mark.

Instead of aiming for true racial equality that seeks to de-emphasize immutable characteristics, such as skin color, many at Columbia—and at countless other universities and organizations—still advocate policies such as affirmative action and reparations, policies that foster a victim mindset and simultaneously inflame racial divisions. This obsession with white supremacy, a guiding theme of Buccola’s book, is similarly unhelpful. As Frederick Douglas asserted in 1862 about what should be done to help Black Americans: “Our answer is, do nothing with them; mind your business, and let them mind theirs. Your doing with them is their greatest misfortune. They have been undone by your doings, and all they now ask, and really have need of at your hands, is just to let them alone. They suffer by every interference, and succeed best by being let alone.” Although Buckley’s views on civil rights might be indefensible, the constant wheel-spinning to help Black Americans often causes as many problems as it solves.

Tony D. Senatore graduated from Columbia University in 2017, at the age of 55. He is a well-known bassist and musician and can be reached at tds2123@columbia.edu. 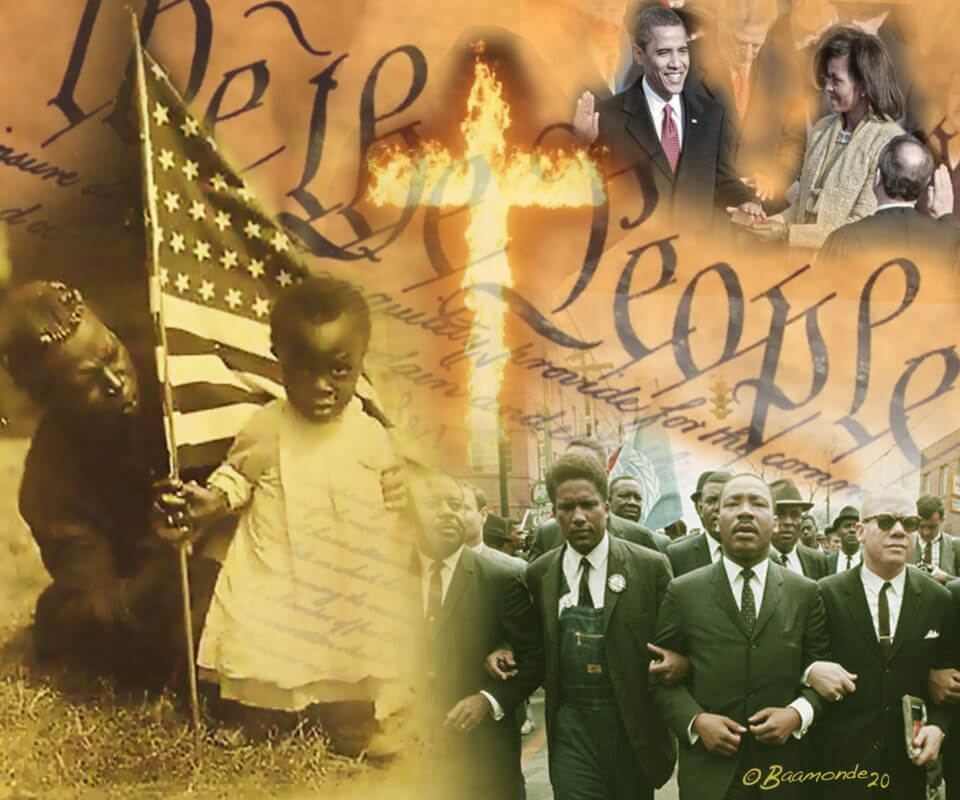 The artwork above was contributed by Chris Baamonde, who can be reached at chrisbaamonde@optonline.net.