Slavoj Žižek’s “End of Capitalism” and the Coronavirus 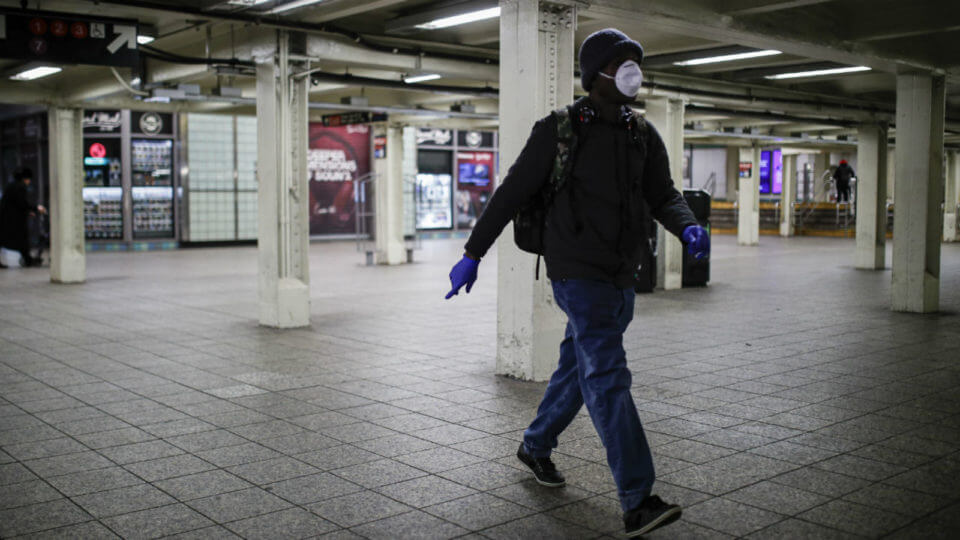 “Written in the aftermath of the Great Recession, Mark Fisher’s Capitalist Realism: Is There No Alternative? echoed the bleak skepticism of Fredric Jameson and Slavoj Žižek, in arguing that it is easier to imagine an end to the world than an end to capitalism.”

At the end of the celebrated 2015 film The Big Short, moments before the global financial crash, the audience is treated to a fleeting montage of party scenes and boozy banker selfies—all set to a flickering white noise, evocative of igniting tinder sticks. As the final image fades, all that remains is the starkness of Haruki Murakami’s 1Q84 (2009) quotation: “Everyone, deep in their hearts, is waiting for the end of the world to come.” In the context of the film’s narrative, Murakami’s sound bite serves as an unnerving admission of how wrong we had gotten things and how messed up things would further become.

In what began with a depreciation in the subprime mortgage market in the United States—and developed into a full-blown international financial crisis—capital’s insatiable desire for progress collapsed under the weight of its own greed. The human effects of this historic moment are portrayed in The Big Short’s penultimate scene when the paltry hedge fund Brownfield Capital visits the Lehman Brothers headquarters in the wake of the crash. As the young duo enter ground zero, they are greeted with a desolate suite of flickering monitors and half-eaten desk snacks. The chilling absence of life is all too familiar, reminiscent of Pripyat and Varosha. After the dust had settled, the collapse was understood to have absorbed trillions in pension money, real estate value and savings, with an estimated 8.8 million people losing their jobs and a further 9 million losing their homes. And that was just in the United States. It was an unprecedented global disaster, the likes of which we had not seen in our lifetime.

Today we have, regrettably, begun to hear those tag lines once again. In December of 2019, the first cases of the flu-like illness, later known as the coronavirus, was detected in Wuhan, China. In the short weeks that have followed, the virus has evolved into a worldwide pandemic, with approximately 350,000 cases and 15,000 deaths. The alarming eruption of the virus has led many to draw comparisons to a wealth of post-apocalyptic fiction, including the 1995 American medical disaster film Outbreak and Emily St. John Mandel’s award-winning 2014 novel Station Eleven, in which a virulent new strain of flu wipes out 99% of the earth’s population. However, while the similitude drawn to these dystopian narratives is seemingly preparing us for a level of devastation akin to that caused by Mandel’s Georgia flu, the reality is that even in the worst-case scenario— one where no measures are taken—”only” 80% of the population would contract the virus. And, a limited number of cases would be fatal. Assuredly, we can take some solace in that. While there are almost certainly very difficult times ahead, suitable measures are being implemented, with stay-at-home orders being issued in the areas worst affected.

With millions of people already facing unemployment as a result of the crash, there has never been a more obvious case for getting policies such as universal basic income and the abolition of zero-hour contracts into the political agenda. We need to use the space that this potentially devastating virus has created for a kind of disaster socialism: to put right what we have previously gotten so wrong.

In the face with our apparent and impending demise, we are offered a unique glimpse into a world beyond our own. The coronavirus has cast a light on all areas of our society, none more so than the economy. With the virus at large, the wheels of the global markets have started to grind, slowing as many nations go into lockdown. With these social distancing tactics in play, companies have already started to feel the pinch. On March 5th, the airline company Flybe entered administration and became the first significant corporate casualty of the virus. Since then, the pandemic’s impact on the global economy has been felt, with the Dow Jones Industrial Average (DJIA) closing 12.9% down on March 16th: the largest percentage loss in one day since the Black Monday crash in 1987. While the market had initially recovered on the back of President Donald Trump pledging a $1 trillion aid package, it has since struggled to keep its head above the 20,000 mark, with many predicting that a recession—if not a depression—is looming on the horizon.

Written in the aftermath of the Great Recession, Mark Fisher’s Capitalist Realism: Is There No Alternative? echoed the bleak skepticism of Fredric Jameson and Slavoj Žižek, in arguing that it is easier to imagine an end to the world than an end to capitalism. The term capitalist realism refers to a perceived widespread sense that not only is capitalism the only viable political and economic system, but that it is also now impossible to imagine an alternative. However, with the sensational crash of the financial markets currently being played out in slow motion, the coronavirus is perversely sparking imaginations, acting as stimulus for potential change. As bars and restaurants close, as that retail sector begins to struggle, and, ultimately, as the market spirals towards an unparalleled collapse, the prospect of an other system stirs; indeed, it is easier to imagine the end of capitalism, than the end of the world.

Of course, considering that the financial crisis of 2008 came and went with little self-reflection, any prophecy alluding to the end of capitalism can only be dismissed as wild naiveté. After the crash, the banks were bailed out with taxpayer money and then succeeded in lobbying against wholesale reform. In the words of one character in The Big Short, this all took place after the banks “blam[ed] immigrants and poor people.” In discharging near all culpability, these shock doctrine tactics ensured only a single banker went to jail. By 2015, all had been forgotten, and it was business usual, as several large banks had begun selling billions of something called a “bespoke tranche opportunity,” which—according to Bloomberg—is just another name for the same collateralized debt obligation (CDO) that was central to the malpractice that led to the international bank crisis just seven years earlier.

In light of that barefaced disaster, it is difficult to foresee how any potential recession or depression triggered by the coronavirus could yield a different result. President Trump has already started to use the chaos of the pandemic for his own ends, locking down borders and apportioning blame to China—brazenly referring to the coronavirus as the “Chinese virus.” However, as argued by Naomi Klein in her 2007 book The Shock Doctrine: The Rise of Disaster Capitalism, catastrophes do not always go the way of the shock doctrine path; in fact, it’s possible for a crisis to become a catalyst for a kind of evolutionary leap. These moments of shock are profoundly volatile. We could see working people either lose ground or earn progressive wins in issues that may have seemed impossible just a few weeks earlier. With millions of people already facing unemployment as a result of the crash, there has never been a more obvious case for getting policies such as universal basic income and the abolition of zero-hour contracts into the political agenda. We need to use the space that this potentially devastating virus has created for a kind of disaster socialism: to put right what we have previously gotten so wrong.