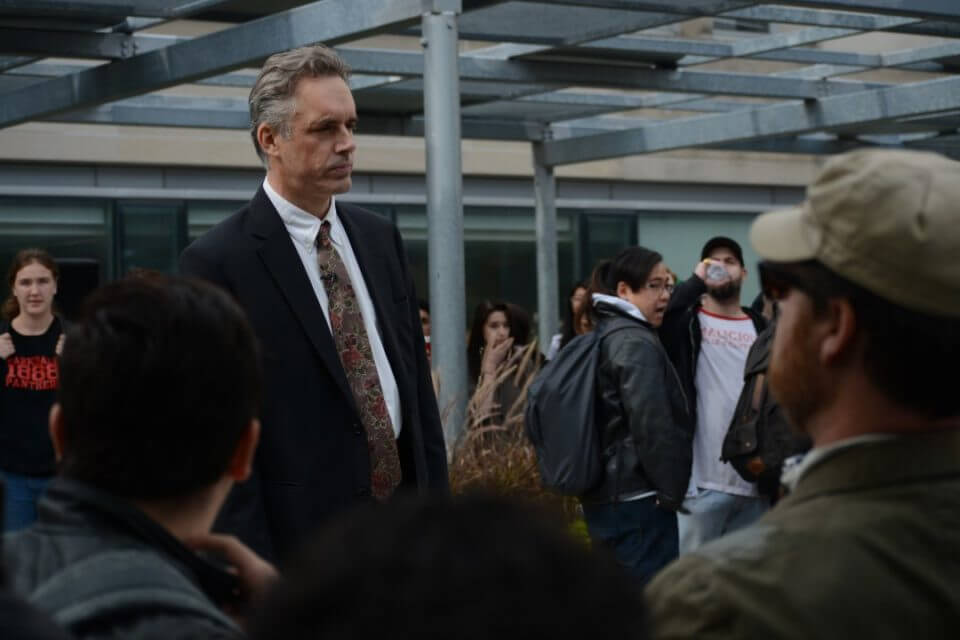 “…for all of those who continue to maintain that Jordan Peterson is problematic because of something one of his followers somewhere did, keep in mind that—above all else—Jordan Peterson is a proponent of individuals taking responsibility for their own lives.”

In his recent Merion West article, Alessandro van den Berg issued a call to all who follow or support Jordan Peterson, requesting that they strive to be more like Jordan Peterson and practice what the man they so admire actually teaches. However, there was an important piece missing from van den Berg’s analysis. The fact of the matter is that right now, it is not clear if Jordan Peterson himself knows precisely what he wants, let alone what to tell the countless people all over the world who have found such comfort and inspiration in his work.

It is quite likely—as those of us who have followed Jordan Peterson’s life and career for decades (since his book Maps of Meaning was first published in 1999) suspect—that Peterson never expected to achieve such a massive following. As such, one can empathize with him as he seeks to cope with countless people hanging on his every word.

As a public figure, Jordan Peterson has spent the past few years—since his ascent to international fame—under a massive magnifying glass, as well as being on the receiving end of tremendous amounts of criticism. GQ has sought to portray him as a villain; The New York Times has tried to portray him as a pusherman for toxic masculinity, and Economist Radio presents him as an agent of chaos. These criticisms have been largely unfair, and, as I suggested in my interview with filmmaker Maziar Ghaderi, perhaps this avalanche of incessant media criticism has taken its toll on Peterson.

However, an important point is that much of the criticism directed toward Jordan Peterson has focused on the alleged conduct of his supporters and fans, as critics seek to tie Peterson to counter-cultural movements from the alt-right to the Incel community. (This, of course, comes at a time when occasions such as the ongoing Democratic primaries have raised the question of the degree to which a political or thought leader is responsible for the behavior of his or her supporters.)

Returning now to the interview with Ghaderi, who was, of course, the producer of the recent film The Rise of Jordan Peterson, one of the other key points Ghaderi and I discussed was how Jordan Peterson chooses to spend his time. I suggested that perhaps Peterson would be better served to spend his time in a way that might be arguably productive (of course, this is all assuming his health has returned to normal), rather than indulging in his habit, for instance, of sitting for interviews with publications that are known to treat him unfairly.

However, the bottom line is that—even if I would argue that he ought to spend his time differently—Peterson is entirely in control of the sovereign decisions he makes. Regardless of whether or not observers might suggest that Jordan Peterson do this or that, the fact of the matter is that it is up to him as an individual to do what he chooses. And, as such—just as he, himself, is sovereign—so are his followers. And it is not Jordan Peterson who is the one responsible for anything and everything that his untold millions of fans or supporters say or do.*

Furthermore, if Jordan Peterson were to tell his followers precisely how to act, he would cease to be the public figure that he is now. He, then, would become what some of his harshest critics accuse him of being: an actual cult leader. But Jordan Peterson’s critics cannot have it both ways; they cannot simultaneously critique him for being a cult leader and blame him for the conduct of his followers. The latter requires the existence of the former. And if his critics prefer him not to be a cult leader, then they must acknowledge the individual agency of his supporters and not imply that he ought to be held liable for his supporters’ deeds and words.

Another important dimension is that Jordan Peterson, as a personal and public figure, escapes easy characterization. If he were only an academic, it would be natural for him to continue to teach, research, and write. But he is not just that. If Jordan Peterson were just a full-time clinical psychologist, he would be spending his time working with his clients and patients. If he were only a public speaker, he would be speaking and giving lectures day in and day out. But he is all of those things at once, so it’s little wonder it would prove exhausting to wear so many hats.

Perhaps it is time to take Jordan Peterson as he is. He is not a cult leader and is not in charge of what his supporters and followers say or do. He is not a prophet, asking his flock to do what he prescribes. He thinks, and he explains. He examines, and he makes excellent practical points. But most important of all, he makes mistakes, which to me, is the most valuable quality in Jordan Peterson. He is a public figure who lives, thinks, and practices life, like the rest of us do—sometimes wrong and sometimes right. And this is his true appeal; he is not a celebrity with a carefully managed image constantly updated and modified by some public relations firm. He is open and honest about all of his achievements and shortcomings. Look no further than his remarkable openness about his struggles with depression.

Jordan Peterson’s most essential lesson, after all, is personal responsibility. So for all of those who continue to maintain that Jordan Peterson is problematic because of something one of his followers somewhere did, keep in mind that—above all else—Jordan Peterson is a proponent of individuals taking responsibility for their own lives. And, a corollary of that is the expectation that it is they—rather than he—who is responsible for what they do or fail to do.

And besides, as we know all too well, there are a thousand possible interpretations of anything anyone says, and Jordan Peterson’s words might be interpreted in ways that he might never even imagine. As thirteenth-century Persian poet Rumi famously wrote: “Each interprets my notes in harmony with his own feelings.”.

* I differentiate between “fans” and “supporters.” Supporters, in my view, have chosen to adopt many of Peterson’s positions after weighing his statements against a set of principles or values they hold and then deciding that there is considerable overlap. Fans, on the other hand, find themselves resonating with Peterson’s words at a purely emotional level.

Kambiz Tavana is an Iranian-American journalist and writer.

11 thoughts on “Jordan Peterson, at His Core, Teaches Personal Responsibility”