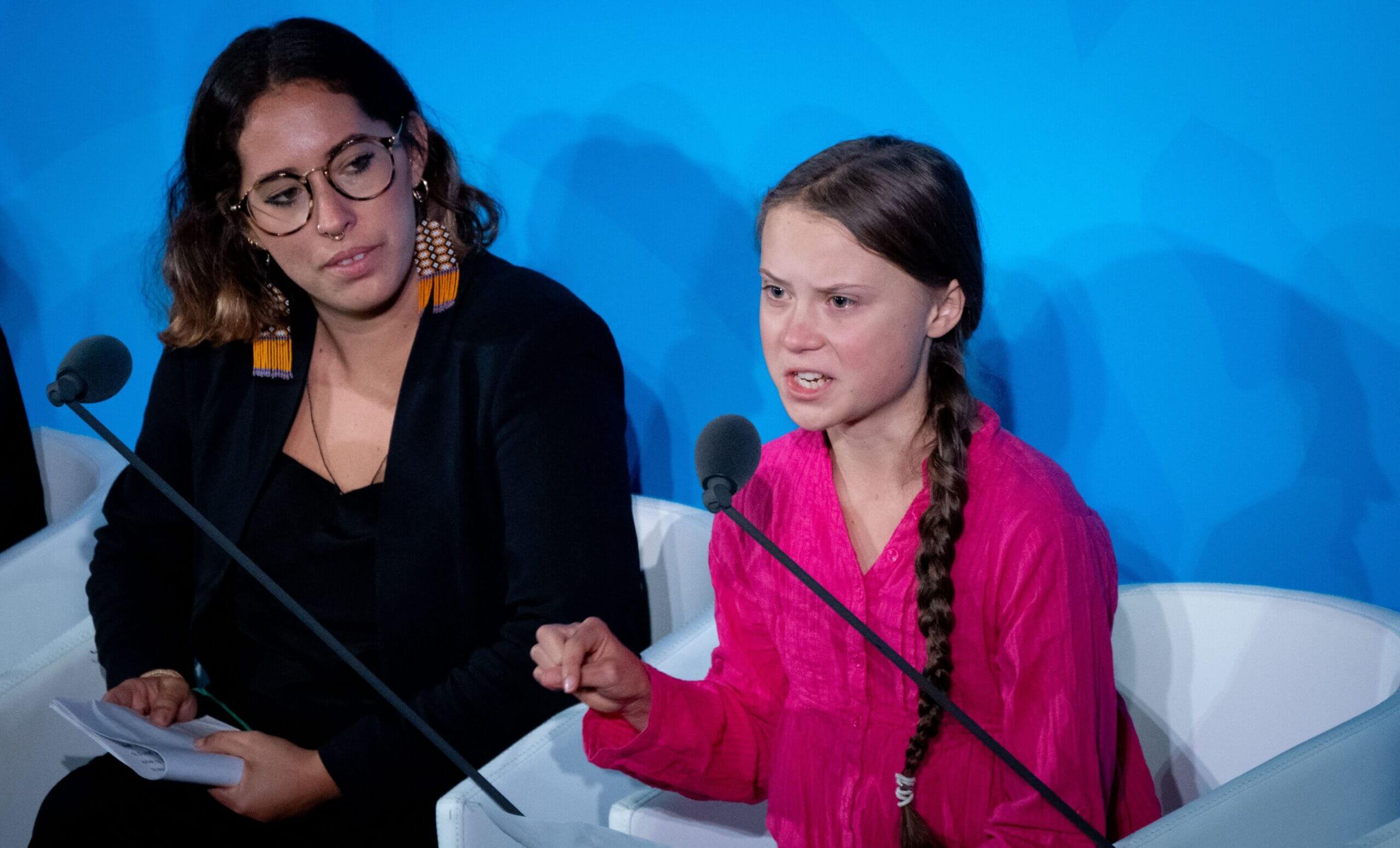 “The ‘Greta phenomenon’ tells us far more about our cultural approach to childhood than about global warming.”

As 2020 gets underway, those seeking the title of 2020’s Time “Person of the Year” can begin racking up the accomplishments necessary to make their case. Whoever the 2020 winner will be, he or she will follow last year’s: Greta Thunberg  At one time, being Time’s Person of the Year was not necessarily the same as being offering praise from the magazine. Adolf Hitler also took the award in 1938, but Time was hardly saying that he was a great man. Similarly, Josef Stalin and Ayatollah Khomeini were awarded with that distinction. The magazine only acknowledged that they were influential. In more recent times, however, being Time’s Person of the Year has come to mean moral approval. So, Time, too, has jumped on the bandwagon of praising young Greta.

The “Greta phenomenon” tells us far more about our cultural approach to childhood than about global warming. It may come as a surprise, but most historians agree that childhood is a relatively recent concept. Take a look at Medieval and Renaissance paintings of baby Jesus. He does not look much like a baby; he, instead, appears more like a miniature man, some sort of homunculus being suckled by Mary. One particularly influential historian, Philippe Ariès, noticed this as well and went on to write interesting (though a bit speculative, some critics would say) books about the history of childhood. His main thesis was that—prior to the 17th century—children were not considered a special class of people. If a child committed a crime, he or she would be routinely tried as an adult. When a child died (and, in premodern times, that happened quite often), few grieved.

It can be debated the degree to which Ariès was entirely correct, but, in any case, he was likely onto something. Take, for example, child soldiers. Today, there are some remaining child soldiers in Africa (Sierra Leone, South Sudan, Somalia), but, on the whole, we are horrified by this phenomenon. Yet, in the Middle Ages, it was quite common. In fact, one particularly unenlightened moment of European history was the so-called Children’s Crusade of 1212 when Christians believed that God would favor children’s attempt to march all the way to Jerusalem to capture the city and drive out the infidels. Predictably, it was a complete catastrophe; some children were enslaved along the way, and most ended up as beggars.

We have not been able to persuade the powers-that-be to reduce carbon emissions. So, instead of fighting the intellectual war, we recruit child soldiers.

Yet, in a way, our fascination with Greta is a Children’s Crusade. We have not been able to persuade the powers-that-be to reduce carbon emissions. So, instead of fighting the intellectual war, we recruit child soldiers. It might soften the enemy, so to speak. The trope of the child that defeats the adult in debate is not entirely new. As a child, Jesus lectured adults in the Jerusalem Temple when his parents lost track of him in a caravan. Antoine de Saint-Exupéry’s The Little Prince (the story of a child prince from outer space who has adventures in Earth) is about a child’s wisdom vs. adult folly. And so on.

We may acknowledge that this trope is great entertainment, and, sure, there are some child prodigies, and some very foolish adults. But, when the stakes are so high (with a topic such as global warming), we cannot afford the luxury of playing silly games and pretending that the children are actually smarter than the adults. Not only must we take a look at the evidence to decide whether or not global warming is real (that’s the easy part), but we also have the more difficult task of finding solutions. Angry children who read scripts  but are not really capable of answering questions or engaging in debate do not bring much to the table other than feel-good hipness. Ultimately, using Greta to deliver messages is just another form of virtue signaling, a new cheap way of saying “I am holier than thou” but not actually meeting challenges. “We Are the World” may, very well, be a charming song, but it does not address the complex details of how to end famines in Africa. Any iteration of a “Just think of the children” mentality does little in the way of actually solving crises.

As an educator and a father, I am all in favor of intellectually stimulating children. So, in principle, it is desirable to involve children in important debates. I do not think voting under the age of 18 is a particularly good idea, but in order to make sure that children are better prepared when they go to the voting booths for the first time, we must talk about politics with them from early on.

However, we must bring children to our level—not the other way around. Using children to infantilize adult conversations is deplorable. Another great historian of childhood, Neil Postman, was very concerned that—in the technological age of the latter 20th century—this was becoming a trend. Postman had warned about the dangers of mass entertainment (the title of his most famous book being Amusing Ourselves to Death), and one particular aspect that worried him most was that—with mass entertainment—children were no longer being separated as a different class of people. This, in turn, brought us back to the same Zeitgeist that depicted baby Jesus as a homunculus in Renaissance paintings. In Postman’s view, this new merging of adulthood and childhood is problematic. With mass media, so Postman warned, child audiences are regularly targeted with adult content. But, by the same token, adults are becoming infantilized. Children increasingly watch pornography, but, at the same time, adults watch more Cartoon Network and less CNN. But, CNN—just the same—is also being infantilized—almost to the point that it too becomes almost like Cartoon Network.

Greta may or may not be a bright girl. But she is certainly not Time’s Person of the Year because of the content of her message. Marshall McLuhan’s famous idea “the medium is the message” perfectly applies to her. In this age of identity politics, the person who conveys a message is more important than the message itself. So, whoever is behind her knows very well how this game is played. The end result: a dumbing down of important conversations and hysterical people screaming “Won’t somebody please think of the children?” as if the Helen Lovejoy character in The Simpsons. If one really seeks to save the planet, it’s time to grow up  and think like an adult about plausible solutions—rather than just mindlessly following a child’s temper tantrums.

Dr. Gabriel Andrade is a university professor. He has previously contributed to Areo Magazine and DePauw University’s The Prindle Post. His twitter is @gandrade80