Jonathan Haidt, Steven Pinker, and the Utilitarian Road to Nowhere 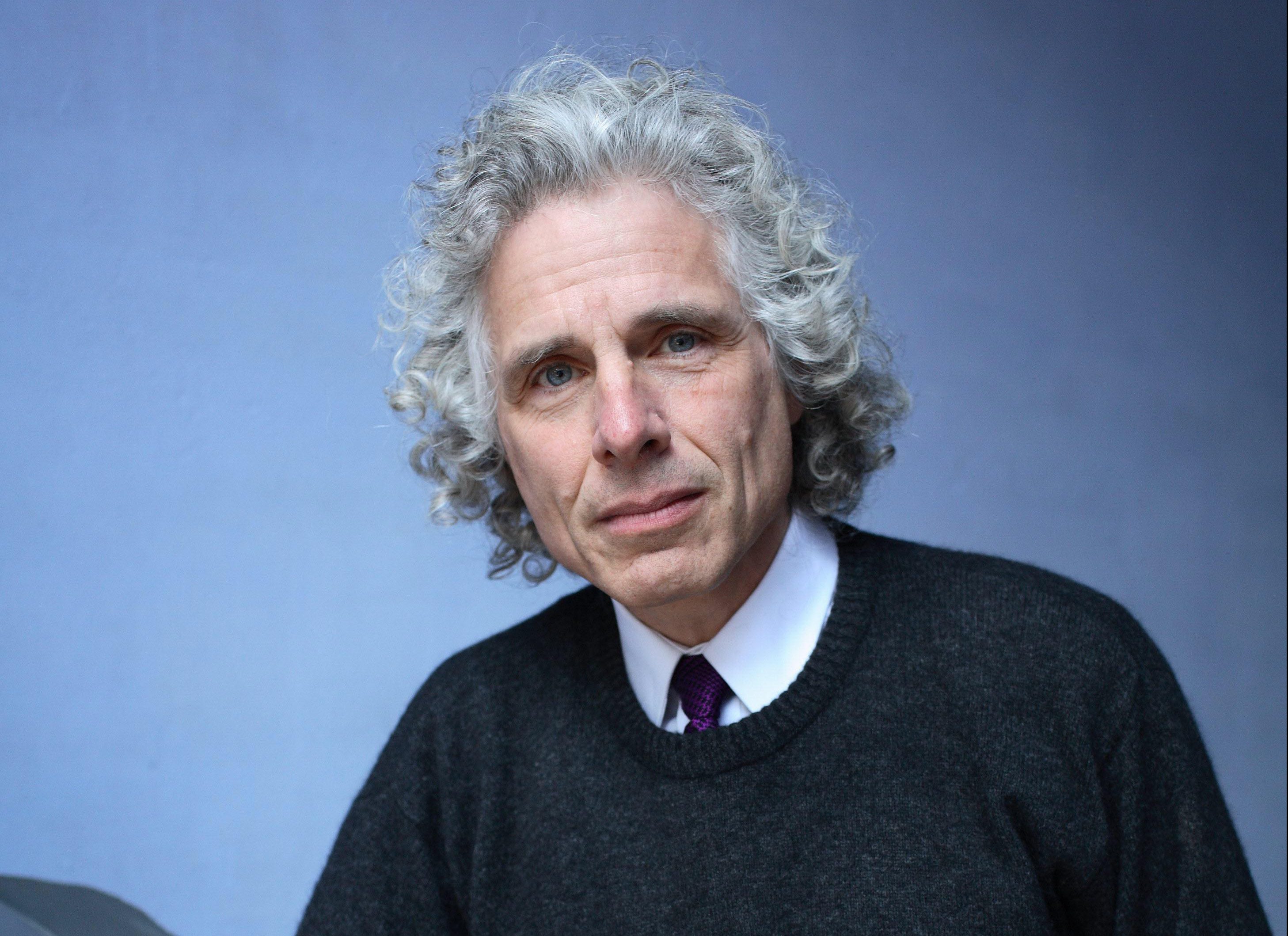 One of the few things on which (almost) everyone can agree on—in today’s increasingly polarized political environment—is that our primary objective should be to increase the overall well-being of society. It does not matter which side of the political spectrum one represents, but the majority nevertheless believes that the enhancement of human flourishing should guide our political and economic decisions: a philosophical approach called utilitarianism.

This utilitarian philosophy, despite its appeal, however, is fallacious. Blind adherence to utilitarianism does not only force us to focus on the wrong aspects of reality and human nature; what is worse, in some cases, it goes against the natural forces that shape humankind.

However, it is far from certain that utilitarianism correctly explains reality and understands what people truly crave. The creators of the utilitarian theory—Jeremy Bentham and John Stuart Mill—were strange, asocial  individuals. For instance, as Paul Collier notes in his book The Future of Capitalism, “Bentham was so bizarre that he is now thought to have been autistic, and incapable of having a sense of community.”

Mill, meanwhile, though a wunderkind, was deliberately separated from other children, and, thus, his worldview was defined not by current realities but by ancient Greek texts, such as Plato’s Republic (which he was reading at the age of eight).

It should not come as a surprise, then, that utilitarian ethics are highly divergent from the actual state of affairs. Devised by individuals who were separated from the realities of their age and the true nature of humankind, utilitarianism represents a flawed interpretation of the real world.

Most politicians and policymakers are preoccupied with the maximization of human well-being. Utilitarian economic calculus regards humans as infinitely greedy and insatiable consumers, “rational utility maximizers” who crave nothing but more money and other sources of pleasure.

This theory of economics is, in effect, a theory of consumption. For the sake of simplicity— as well as to retain its reputation as an evidence-based science—many economists, instead of conceding that each individual is unique and does not always act on the basis of self-interest, build their models on the presumption that people seek to maximize their gains at all times. They reduce all people, which represent a myriad of individual experiences and emotions, to a common materialist and utilitarian denominator.

Many economists concede the point that there are other values apart from material well-being. Each individual has unique demands and cravings and desires, which throws a wrecking-ball into economics’ beautifully crafted theoretical models that assume that people are foremost utility-maximizers. Economics is based on faulty premises.

The United States is the most developed country in the world. Its GDP has risen from approximately $2 trillion in 1950 to $20 trillion today. Real per capita income has more than doubled. But research shows that Americans’ subjective well-being levels in the twenty-first century  are roughly the same as they were in the 1950’s.

If you give $1,000 to a poor person, his/her utility will rise significantly. The same amount of money won’t bring much difference to a middle-class person and is unlikely to substantially increase the happiness of a millionaire. Generally, after a certain point, no amount of money can make a person substantially happier. This is called the diminishing marginal utility of money.

Utilitarians contend that progress’ main objective is the increase in people’s utility. Even in relatively wealthy countries, such as the United States and the United Kingdom, many politicians continue to propose social programs that will supposedly make society better off. But it seems like level of happiness will always hit a certain glass ceiling. What is the endpoint of utilitarian policies then?

Even if we suppose that it is right to try to raise people’s happiness, the question arises: how can we be sure that happiness increases thanks to social democratic policies?

Today, measures of happiness are mostly based on personal accounts. But, as noted earlier, each individual has a peculiar understanding of reality and will always perceive it based on differing standards. We are also prone to logical fallacies, biases, and prejudices.

In fact, our feelings of happiness are mainly determined by how we compare with others (concept of relative deprivation). A person with an income of $20,000 will feel miserable in a WEIRD society (Western, educated, industrialized, rich and democratic) but very happy in, say, Costa Rica, where he will be a member of the middle class rather than below poverty line (actually, Costa Ricans are happier than Americans and Englishmen, according to the World Happiness Report). All this means that happiness is not only not quantifiable, but also that it is very difficult to make interpersonal comparisons of the level of happiness based on contemporary methods.

If, however, we manage to somehow estimate happiness, it follows, then, that we will be enabled to biologically reengineer humans so that people faced with the loss of jobs and source of life meaning due to AI can enjoy everlasting pleasure and do not care about their problems. Utilitarianism focuses on the immediate, but does too infrequently considers long-term effects. We are increasingly moving to a deadlock with this paradigm dominating our lives.

The implementation of utilitarian principles is also the reason for fallacious obsession with income inequality in the United States. One of the main reasons why progressives criticize the level of inequality in the United States is that it makes people feel immiserated, since some people are rich, while others remain poor. This is the personification of the utilitarian logic: inequality is bad because it makes people unhappy.

However, as Steven Pinker noted in his book Enlightenment Now, the sociologists Jonathan Kelley and Mariah Evans “found that the theory that inequality causes unhappiness “comes to shipwreck on the rock of the facts.” Pinker continues: “In developing countries, inequality is not dispiriting but heartening: people in more unequal societies are happier. The authors suggest that whatever envy, status anxiety, or relative deprivation people may feel in poor, unequal countries is swamped by hope. Inequality is seen as a harbinger of opportunity, a sign that education and other routes to upward mobility might pay off for them and their children.”

Researches prove that conventional utilitarian logic is unable to correctly reflect reality. Evidence shows that perhaps inequality does not make people as unhappy as many utilitarians believe. It is not only utilitarianism’s obsession with happiness that is wrong; it seems like happiness, as defined by utilitarians, is not a very important factor of people’s well-being.

The Founding Fathers of the United States understood the dangers of imposing a single dogma upon society. Utilitarian dogma is founded on a false understanding of reality and human nature. By definition, every dogmatic theory is false because it claims universal applicability and deems itself infallible. People’s perceptions of reality are inherently imperfect. Our analysis of the world is rife with personal prejudices and biases, thereby making it harder to attain an objective and impartial understanding. Since it is almost impossible to correctly analyze reality (except maybe by using artificial intelligence), society should be built in a way that allows for the freedom of opinions so that individuals can gain a better grasp on crucial issues, through argumentative political discourse and make the imposition of a single dogma impossible.

Freedom is an ultimate ideal. Freedom provides every human with ample room to devise his or her own version of life and find personal source of meaning.

The government’s main goal should be to protect people’s inalienable right to the “pursuit of happiness,” as defined by the U.S. Declaration of Independence. Each individual has a unique perception of happiness—and how to achieve it. Instead of trying to impose utilitarian and materialist concepts of happiness upon voters, the government should leave that task to individuals. As Ronald Reagan said, “Government’s first duty is to protect the people, not run their lives.” Government officials should avoid trying to increase society’s happiness; instead, they should focus their efforts on fostering the conditions in which the individual’s pursuit of happiness can best flourish.

Sukhayl Niyazov is a freelance writer in Greece.

Editor’s note: A sentence in this piece’s seventh paragraph was revised slightly for clarity on December 14, 2019.

3 thoughts on “Jonathan Haidt, Steven Pinker, and the Utilitarian Road to Nowhere”