The Most Important Thing to Understand about Putin’s Russia 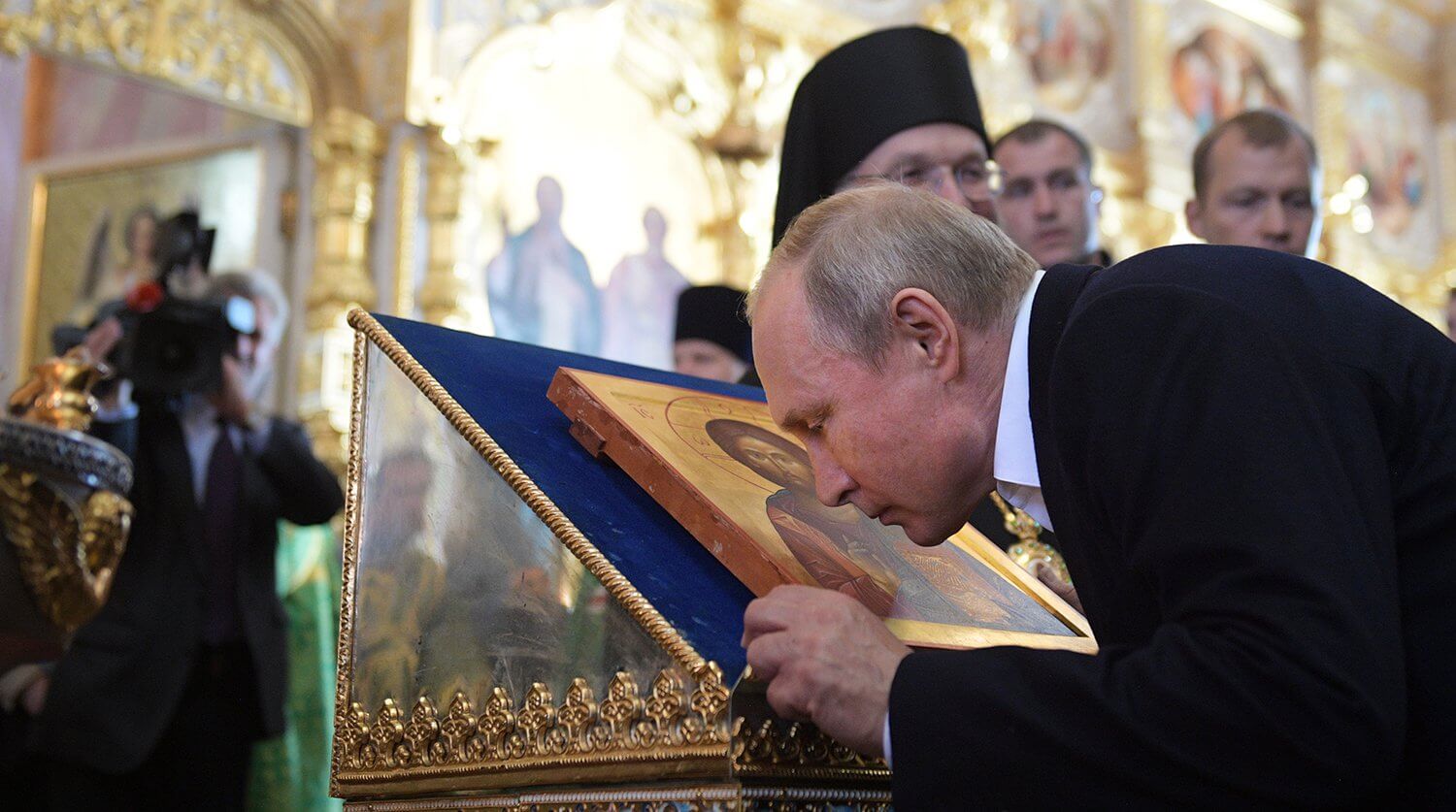 Vladimir Putin may be President of the Russian Federation, but, for all the talk about the various events since he came to power, perhaps the most significant change to have taken place under Putin’s tenure is the elevation in power of the Russian Orthodox Church.

According to the Pew Research Forum the number of Russians who identify as “Orthodox Christian” has risen dramatically, from 37% in 1991 to 72% in 2008, with the latter figure holding steady closer to today. Moreover, 69% of Russians believe their culture, including its religion, is “superior to other cultures.” Putin may be the leader of the Russian Federation, but many in the United States have overlooked the role that the Russian Orthodox Church (ROC) is playing in Russia’s current political climate. It is vital to understand the ROC’s political role, particularly given its recent reemergence as a major social institution and influencer in Russia—often working in coalition with Putin’s government.

How—after many decades of Soviet persecution of Russian Orthodoxy—have Russians come back to boldly embrace their pre-Communist faith? Why is the Putin-led state so concerned with protecting and working with the church? For American policymakers and non-government officials alike, the key to understanding Russia begins with engaging with the basics of Russia’s church-state situation—and how their close relationship, known as symphonia, plays into the nation’s domestic and foreign policy.

But it wasn’t until the meteoric rise of Vladimir Putin and the enthronement of Kiril I, Patriarch of Moscow and All the Rus’ (the first patriarch elected under Putin’s rule), that the ties between church and state grew dramatically. The ROC now publicly embraces the state, while the Kremlin wears Orthodoxy as the make-up for Russia’s new face to the world.

While Westerners may be shocked by the rapid entrenchment of the once-persecuted Orthodox faith, the ROC has long served as a major cultural and spiritual pillar of Russian societies before. The Russian Tsars, particularly the Romanovs, were eager to adopt Orthodox symbols such as the Byzantine double eagle. On more than one occasion, the Tsarist Empire saw itself as the protector of the Orthodox faithful in foreign lands, including the Levant and the Balkans.

This historical symbiosis between church and state, or symphonia, is heavily rooted in the Orthodox Christian experience, which has taken shape over centuries. The theological basis of symphonia springs from the famous quotation by Jesus in the Book of Matthew, regarding “render[ing] therefore to Caesar the things that are Caesar’s, and to God the things that are God’s.” This idea extended to the Byzantine Emperor Justinian, who sought to reform the Empire and reestablish the glory of ancient Rome through his famous legal “code,” Corpus Justice Civilis. Symphonia was, thereby, conceived as the successor to ancient Roman governance with Justinian’s Empire inheriting the ancient Roman tradition in which, “the imperial authority and the priesthood…are regarded as closely interdependent, but, at least in theory, neither [is] subordinated to the other,” which is, of course, a far cry from the expectations we have of the relationship between church and state in the West.

In present times, symphonia has only continued to grow and evolve in post-Soviet Russia. The Kremlin has given the ROC the spotlight in its state-sponsored media, stressing the importance of Orthodox Christianity to contemporary Russian life. It is also closely related to Putin’s effort to portray himself as a vanguard of traditional, conservative values. On major Christian feast days, Putin and prominent Russian politicians are regularly shown lighting candles inside grandiose cathedrals, as well as in small village churches—serving to cement the image of church-state unity.

Meanwhile, the ROC under Kiril has taken an active role in both Russian diplomacy and its domestic policy. In only ten years, Kiril has: reunited Russia’s diaspora churches with the patriarchate in Moscow, obtained the Vatican’s support for the “international community’s” intervention in Syria (a quasi-approval of Russia’s military intervention to defend the Assad regime), provided support to Orthodox Christians in Syria, given blessings to the Russian annexation of Crimea and co-sponsored legislation which instituted numerous socially conservative laws, from policies addressing sexual orientation to alcohol consumption. Patriarch Kiril, furthermore, has even gone so far as to challenge Ecumenical Patriarch Bartholomew I of Constantinople, the first among equals of the 14 Autocephalous (self-governing) Orthodox Churches. Kiril questioned Bartholomew’s authority by refusing to recognize the newly formed Ukrainian Orthodox Church (as Ukraine was previously under Kiril’s jurisdiction in Moscow), rallying other autocephalous churches to his side. These are just a few examples of Patriarch Kiril continually growing influence.

Vladimir Putin may be President of the Russian Federation, but, for all the talk about the various events since he came to power—from the annexation of Crimea to allegations of involvement in the 2016 presidential election—perhaps the most significant change to have taken place under Putin’s tenure is the elevation in power of Kiril and the resurgence of the ROC. Thus, any efforts on the part of American policymakers—and the general public—to understand contemporary Russia must, first and foremost, understand the new relationship that Putin has forged between his government and Russia’s major theological institution.

Jack Dulgarian is a Washington-based journalist and analyst, covering Eastern Europe and the Mediterranean. He has also worked in refugee affairs in Athens and as a legislative aide on Capitol Hill.