A Closer Look at Simón Bolívar 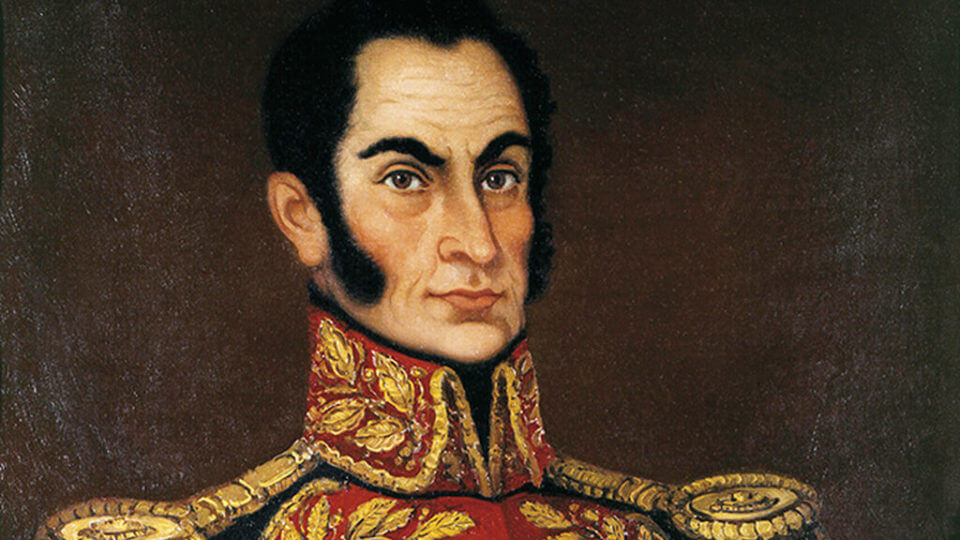 “Insomuch as the historical figure of Bolívar still has considerable influence in contemporary Latin American politics, some demythologizing and criticism is in order.”

Netflix recently released Bolívar, a series of sixty episodes, devoted to the life of 19th Century South American hero, Simón Bolívar. Sadly, its quality is not great. As one reviewer acutely observes, it is too close to the melodramatic style of Latin American telenovelas. Casting options are odd; characters from Spain speak with a Colombian accent, adolescent actors play the role of children (fortunately, however, black actors play slaves, and white actors play masters; Latin American productions are still not willing to sacrifice historical plausibility in the name of political correctness and diversity). Acting is sloppy. The script is sometimes tedious, as it tries to incorporate humor, passion, and preaching, all in one, as telenovelas usually do. This combination does not always work.

It is a pity, because the life of Bolívar does have great potential for interesting dramatic representation. In Bolívar’s life, far more so than in the lives of Washington or Lincoln (with whom he is frequently compared, to the annoyance of many South Americans), there was plenty of sex, gunfights, betrayal, intrigue, and above all, overcoming the odds. Bolívar has not had good representations on the screen, but there are certainly great books written about him, both in the form of novels (García Márquez’s classic The General in His Labyrinth), and in the form of biographies (as in Marie Arana’s recent English-language portrayal).

Before the miniseries was even released, Venezuela’s dictator Nicolás Maduro was already complaining that Colombians would distort the Venezuelan hero’s life. This is typical of Maduro’s complete lack of intellectual honesty and critical thinking. But in fact, Maduro’s attitude goes back to Bolívar’s own life. After achieving independence from the Spanish Empire, Bolívar tried to force Venezuela, Colombia (then called “New Granada”) and Ecuador into forming one country: the Great Colombia. Such a project would never work because the three nations already had long had their own separate identities, and indeed, by 1830, the three countries had gone their separate ways. Deeply disillusioned by this, Bolívar planned to go into exile in Europe, but he died along the way that same year.

Ever since, relations between Colombia and Venezuela have been strained, and one common point of contention is the debate about who betrayed Bolívar. Venezuelans point to Francisco de Paula Santander, Bolívar’s Colombian rival. Colombians point to José Antonio Páez, Bolívar’s Venezuelan rival. For the most part, this is a ridiculous debate, as both Santander and Páez, Colombians and Venezuelans, had their share of guilt. But the crucial point that this debate misses is that Bolívar himself was to blame for his ultimate failure. And this is something that both Colombians and Venezuelans have a hard time acknowledging, because in both countries, Bolívar is a demigod. In fact, the Netflix series to some extent continues this deification. Insomuch as the historical figure of Bolívar still has considerable influence in contemporary Latin American politics, some demythologizing and criticism is in order.

Make no mistake: the Spanish Empire was a despotic power, and—with or without Bolívar—it would have crumbled. This was because it stubbornly refused to make some reforms that even some 18th Century enlightened Spanish administrators felt were needed. They were only carried out too little, too late. Bolívar, as part of the criollo class despised by the ruling peninsulares (those born in Spain), understandably had good motivations to break with Spanish rule. But the way he went about doing it is very questionable, to say the least. Bolívar could have tried to persuade criollos that the Spanish administration was corrupt, but he went far beyond that. He ultimately relied on ethnic mongering, framing what was always a civil war between criollos who supported independence and criollos who remained loyal, as a confrontation between Spaniards and Venezuelans. In order to draw the ethnic line to rally support, he decreed a, “War to the Death,”meaning that Spanish civilians who did not actively support the independence movement, would be killed. For the most part, Bolívar did keep his word, executing hundreds of Spanish prisoners in La Guaira, in 1814.

Ultimately, his own ethnic mongering came back to haunt him. After achieving independence, Bolívar was terrified that blacks would massacre whites and impose what he called pardocracia (i.e., “rule by dark-skinned people,” the specter of Haiti always being present in his mind), not acknowledging that once he invoked racial animus against the Spanish, it was impossible to put the genie back into the bottle. This is probably why he chose to execute a charismatic dark-skinned general, Manuel Piar, even though he could have gracefully spared his life.

Yet, whereas Washington or Jefferson never really considered emancipation, Bolívar himself was genuinely moved by compassion and took the first steps towards freeing slaves. Likewise, despite all the brutality of the war, at some point he did his best to humanize war, by facilitating prisoner exchange, and personally meeting with his Spanish rival, General Pablo Morillo, in order to come up with an armistice.

Bolívar’s accomplishment was not small. After many failures, and against all odds, he managed to liberate Peru, Bolivia, Ecuador, Venezuela and Colombia from Spanish rule. Only a man with extreme ambition and determination could pull this off. Yet, ultimately, that same ambition and determination turned out to be his own downfall. Fearing a Spanish reconquest, Bolívar believed it was necessary for New Granada, Ecuador and Venezuela to be united as a single nation (Colombia), with a strong government. For the recently created Bolivia, he wrote a Constitution with strong authoritarian tendencies, and he tried to impose that Constitution on the newly formed Colombia. This Constitution included a president for life (i.e., a dictator), and, of course, this would be none other than Bolívar himself. Very much as Caesar, he would be a king without a crown. Sic semper tyrannis. He was not stabbed to death, but he did have to step down with deep disillusion, because New Granadans, Ecuadorians and Venezuelans figured that they did not fight a bloody war to gain independence from a king, only to be ruled now by another king.

Almost two hundred years later, Venezuela now has a dictator, Nicolás Maduro. His predecessor and mentor, Hugo Chávez, launched the so-called “Bolivarian Revolution” in 1999, and ever since, Venezuela (far more than Colombia) has taken the cult of Bolívar to new extremes. Today, Maduro’s opponents in Venezuela want to reclaim the name of Bolívar, arguing that the Liberator would oppose Maduro, and that in fact, the so-called “Bolivarian Revolution” is anything but. In some aspects, they are right. Bolívar, a man deeply influenced by Classical Liberalism and the Enlightenment, would be horrified by the disastrous Socialist policies put in place by Maduro. But, in a deeper sense, Maduro is a very Bolivarian ruler. Very much as the Liberator, Maduro has an autocratic vein in his body, and he would not mind being the president for life that Bolívar aspired to be, i.e., a king without crown. Bolívar survived an assassination attempt in 1828, and ultimately, he was sensible enough to understand that there is no point in trying to rule without the consent of the people; he thus stepped down. Unlike Bolívar, Maduro does not care about this fundamental principle. Maduro has also survived assassination attempts, but he stubbornly remains in power.

Precisely because he understood that principle, Bolívar had a natural death. Be that as it may, despite its shortcomings, the Netflix series is a good opportunity to learn about many details of Bolívar’s life (it is, for the most part, historically accurate—but not sufficiently critical), and Venezuelans who oppose Maduro should come to understand that it makes little sense to seek to topple a 21st Century dictator, while at the same time reclaiming the name of a 19th Century dictator.

16 thoughts on “A Closer Look at Simón Bolívar”