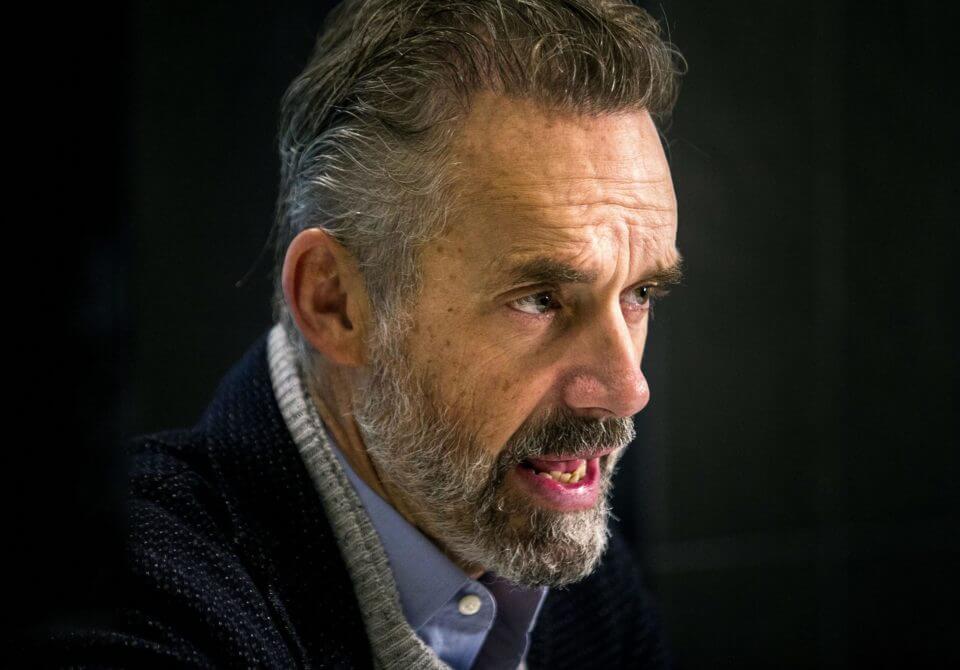 “It makes sense to frame the issue as being about free speech, however, because it is likely seen as a much more worthwhile cause.”

A few days ago, Jordan Peterson announced that he will be launching a content creation and monetization platform called Thinkspot, which he talked about with the website NewsBusters. His selling pitch is that it will be radically pro-free speech, even saying that the only way a user could be kicked off the platform would be if a U.S. court orders the site to do it. This, of course, fits nicely into the sort of online (and on campus) cultural war which conservatives and other more radical right-wing groups, such as the alt-right, identify as an effort to silence them. They point to cases such as Carl Benjamin, aka Sargon of Akkad, being kicked off the popular monetization site Patreon, and users being banned from Twitter for telling fired ex-HuffPo journalists to “learn to code.” All of this is cited in the NewsBusters piece with Peterson as part of the context leading the launching of Thinkspot, which will allow creators to be directly compensated by users.

The first issue here is that none of that has anything to do with free speech, but with platforming, which are not the same. This might seem like an obvious argument, and that is not the core of the argument that I want to make; but I believe it is important to get it out of the way first. It makes sense to frame the issue as being about free speech, however, because it is likely seen as a much more worthwhile cause. That is also not to say that free speech and platforming are not related, but free speech on its own can only be related to state censorship. If we started to accept that private entities such as individuals or companies can violate free speech, it would imply that the State has the right to compel individuals to, for example, give someone a platform against their will, which is a rather clear violation of basic liberal democratic principles. That being said, I do think that there are arguments to be made in favor of platforming, and I have made them before elsewhere. But even if we grant that this project is really about platforming and not about free speech, there are several issues with the conservative and alt-right discourse that this matter exposes.

Before fully getting into the subject matter, it should be pointed out that, while deplatforming of conservatives has occurred on several occasions, it is hardly the one-sided issue that is often made out to be. In fact, according to The Heterodox Academy, a database of university professor firings put together by Jeff Sachs indicates that the Left should be as concerned by this issue as the right, if not more. Of course social media deplatforming is different from university firings, but it is, nonetheless part of the same culture of censorship decried by conservatives. Moreover, the same article by The Heterodox Academy points to the fact that liberal or left-wing professors face the same kind of online harassment on social media that conservatives do. This is just meant to show that the truth about deplatforming is much more nuanced than it is often made out to be. The point of all this brief detour from the main topic is not just to show that the situation is more complex than it appears. The fact that it is not one-sided is quite relevant when it comes to showing why the whole idea for this platform is built on a fundamentally flawed premise.

Countless commentators on the Right have made it almost a brand to defend not only free speech—but also the principle that no idea should be off limits, and they should all be openly discussed until the best ones remain. In principle that sounds good, and I think it is something that people on all sides of the political spectrum can get behind. The problem, in my opinion, is that it is incredibly hard to translate this into a real-world situation. Jürgen Habermas, one of the philosophers who has devoted much time and effort into analyzing and thinking about communication and deliberation, eventually abandoned the idea that ideal situations were even possible. But conservatives, at least online, have made this whole idea their primary concern to such a great extent, that they are now falling into their own trap. Whatever comes of this, will most like be nothing more than a mirror image of other social media platforms, albeit with a bias more suited to their particular tastes. Whether they realize this or not will depend on how honest they are about their enthusiasm for the so-called battle of ideas.

As I said previously, I think there are good arguments to be made for giving a platform to all kinds of ideas. On that alone, I have no problem with people on the Right creating a platform for theirs, and I don’t think anyone should. And whether the facts agree with this, conservatives clearly feel that they are being unfairly targeted. But Thinkspot is not advertised as a place for conservative thought; it is explicitly marketed as a forum for all thought. In all likelihood, though, it will not be that. It is hard to say if the platform’s creators are underestimating the extent to which people default to tribalism in online discourse—or explicitly counting on it as a way to ensure that conservative ideas are not shut down within the platform. Either way, the result is the same: Thinkspot will be largely populated by people on the Right. It is not hard to see why: Firstly, it was created and is being promoted by people heavily associated with the online right such as Jordan Peterson and Carl Benjamin. That alone makes it more likely that their followers will be the ones to populate the site. But beyond that, it is not unlikely that many leftists will simply find it distasteful because of its association with those people and decide to not join.

More importantly, however, if the association with certain figures alone is enough to deter a sizeable proportion of leftist internet users from joining, something like the downvote system will all but ensure no left-wing ideas are ever discussed on the site.

All of this put together, though, does have a significant impact on the potential for the platform to be a real space for free speech and the open discussion of ideas. For instance, let us look at some of the mechanics. To his credit, Peterson acknowledged that Internet trolls exist, and in the aforementioned interview he talked about some of the mechanisms that are planned to counter this. He says, for example, that comments will have a required minimum of 50 words, adding that “[e]ven if you’re being a troll, you’ll be a quasi-witty troll.” Further, he explained that users will be able to upvote and downvote comments, and those above a certain downvote-to-upvote ratio will be hidden.

I am skeptical about whether the word minimum is an effective method to prevent trolling. The sentence ‘learn to code’ might be only three words long, but repeat it 17 times, and it gets to 51. Now, it may be possible to detect when a comment is nothing more than repetition, but I doubt there would be any way of dealing with things such as copypasta: essentially, very long texts that may have started as a serious comment, but that end up being mocked and posted in full as memes. More importantly, however, if the association with certain figures alone is enough to deter a sizeable proportion of leftist internet users from joining, something like the downvote system will all but ensure no left-wing ideas are ever discussed on the site.

The creators of the platform seem to either overestimate or willfully misrepresent the commitment that those on their side of the spectrum have towards free speech. Peterson himself acknowledged to have considered the creation of a website that would function as a sort of watchlist of “postmodern” and “Marxist” professors. Again, to his credit, he decided against doing it. But that is not the only case. In fact, the watchlist was eventually created anyway by Turning Point USA. An organization whose whole mission is to fight against the perceived free speech crisis on college campuses. This is a list which includes individuals like University of Massachusetts Marxist Professor Richard D. Wolff, with ideas as dangerous as worker-owned cooperatives. This is far from the only instance. Mike Cernovich, another right-wing figure who produced the documentary Silenced. Our War on Free Speech, went on to get left-wing talk show host Sam Seder fired from his job as a contributor at MSNBC for a tweet from 2009. I could go on citing these kinds of cases of double standards, but that is not the point that I am trying to make. It is relevant, nonetheless, because I believe it is a pretty good indication of what would happen if and when someone attempts to make a case for the existence of white or male privilege on Thinkspot, given that a certain proportion of downvotes will make comments disappear.

The biggest irony is that they, unwillingly or not, are unable to see that the reason that their points of view are often dismissed without being discussed is solely because our own primitive version of the online marketplace of ideas is well at work.

I am not trying to argue that Thinkspot should be under any obligation to provide a platform to left-wing voices, nor that there is anything wrong with conservatives making their own platform. But the fact that it is being presented as a free speech alternative to other social media, and one where all ideas are up for discussion is either misguided or disingenuous. Even if we ignore that free speech should only be seen as freedom from state censorship, this does show that conservatives and others on the Right fundamentally misunderstand or misrepresent the reasons why their ideas are not being featured more prominently elsewhere as a particular bias against them. The fact is that the free marketplace of ideas envisioned by John Stuart Mill, while a noble goal, is almost a utopia in a context where mass, virtually anonymous participation, with little to no cost is available.

Instead, we are left with spaces in which ideas that a majority find objectionable are simply cast aside with little to no serious consideration. Again, despite their claims to being principled defenders of free speech, conservatives and others on the Right readily resort to silencing tactics without discussing ideas on their own merits. I find it extremely unlikely that anything on this new platform would make things any different. The biggest irony is that they, unwillingly or not, are unable to see that the reason that their points of view are often dismissed without being discussed is solely because our own primitive version of the online marketplace of ideas is well at work. It might still be argued that the status quo in that regard is less than ideal and that people should be more open. I have no problem defending that position. But that is something that requires a lot more work than simply creating yet another online space.

Néstor de Buen holds an M.A. in social sciences from The University of Chicago. He has previously written at Quillette.