Was the Supreme Court Missing the Big Picture When It Comes to Tech? 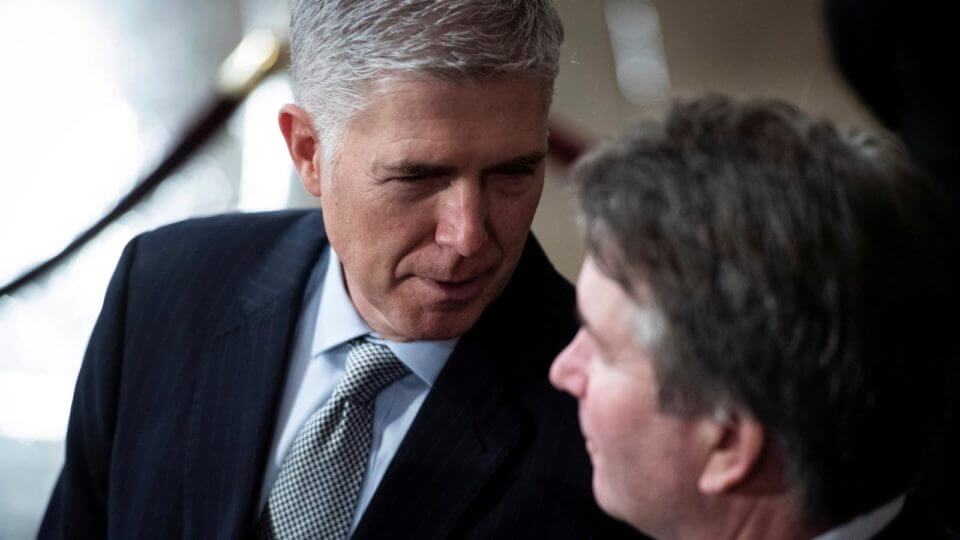 Liberals and conservatives can agree on little in 2019, but one thing that unites both sides of the aisle is a growing sense of distrust toward big tech—everywhere, so it seems, but at the Supreme Court.

The highest court in the nation issued a set of decisions Monday covering contentious issues from racial gerrymandering to criminal justice, and one decision, unlike the previous two, featured the familiar liberal-conservative split: Manhattan Community Access v. Halleck. On its face, Manhattan Community Access has little to do with the world of Internet behemoths; the decision focused on whether a private company operating a public access cable channel in New York City is required to honor the free speech of those using its platform. Two filmmakers claimed that the company violated their First Amendment rights by refusing to run their film, a documentary critical of the company.

Yet some of the Internet’s biggest companies, like Facebook, Twitter and Google, were hard at work prior to the resolution of the case convincing the Court not to draw any comparisons between the case and their own privately-hosted platforms, and their efforts look to have paid off. Writing for the five-vote majority, Justice Kavanaugh explicitly applied its reasoning only to “the case before us” and found that the company operating the public access channel was not bound to honor the filmmakers’ freedom of speech. At the same time, the decision, nominally limited to the facts at hand, appears to limit unwisely the reach of the First Amendment at a time when the ever-changing nature of free speech online requires—if anything—more flexibility.

While it has held unparalleled importance for modern life for decades, the Internet has still had relatively little time to find its place within the legal scheme of private property.

A key element of the majority’s opinion in Manhattan Community Access is the presumption that a public forum with First Amendment protections does not exist unless there is a government “property interest” in the forum. The majority does not understand the government “providing” the forum for speech in any material way, and since the First Amendment only constrains government action, it does not apply it here. The Court is unconvinced by the fact that the private company running New York’s public access channel was specifically selected and is heavily regulated by the city government. And while the dissent, authored by Justice Sotomayor, disagrees with the majority about whether the facts of the case reflect a government property interest in the forum at issue, it largely signs onto the idea that property rights precede political rights.

The Court’s explanation of its own public forum doctrine in Monday’s decision is functionally useless for any cases arising in the future in relation to public forums online. Perhaps Justice Kavanaugh cautioned that his opinion should be construed narrowly because he realized that it sets a test so vague and arbitrary that it cannot be consistently applied even in other cases involving public access television channels. An amicus brief submitted by the Knight First Amendment Institute at Columbia University cautioned the Court about precisely this danger in relation to public forums hosted online on platforms where the government might not have a direct property interest.

For example, it is debatable how much of a property interest the government has in President Trump’s Twitter account, but it is fairly clear that the retweets and comments that take place on Trump’s account have at least some of the features of a public forum. It’s difficult to see anything more than a tenuous relationship between a government property interest and the presence of speech rights worthy of constitutional protection. Private companies like Facebook and Twitter are the focal points of more political debate now than any physical space controlled by the government. Even without that, property rights are a poor metric for political rights on the Internet, if only because they are so ambiguous in a higher-tech context. While it has held unparalleled importance for modern life for decades, the Internet has still had relatively little time to find its place within the legal scheme of private property. And it almost goes without saying that as it continues to evolve, the Internet has less and less in common with the physical world of “shopping centers” and “electric utility” company the Court evoked. Hudgens v. NLRB, 424 U.S. 507 (1976), Jackson v. Metropolitan Edison Co., 419 U.S. 345 (1974).

Of course, this is part of why the Court explicitly limited its decision in Manhattan Community Access to the facts of the case immediately before it. But even a relatively low-tech setting like a public access television channel is more complicated than the Court seems to let on with its interpretation of the public forum doctrine—and how property rights are related to it. Justice Sotomayor’s dissent alludes to this, observing that the majority opinion concerns a considerably simpler set of facts than those actually before the Court. Instead of attempting to make sense of the tangle of legal and political considerations of ownership of the cable system, the private company’s unique relationship with local and state government or the effect of far-reaching regulatory responsibilities, the conservative justices’ opinion chooses to deal in truisms and political platitudes about “bigger government” and “smaller” individuals.

That the conservatives on the Supreme Court seem so willing to appease big tech interests, even in a lower-stake context, is disheartening. The belief that action is needed to restrain Silicon Valley is far from partisan in 2019: House Democrats plan on spending the next year and a half on antitrust investigations into some of the biggest tech companies, and Senate Republicans continue to push for greater legal liability for companies like Facebook and Twitter hosting political speech with what they see as an anti-conservative bias.

Some of these efforts are obviously more sensible than others, and perhaps the way to ensure that political debate in the Internet era is worthy of a democratic society does not lie with an invigorated First Amendment. Yet the Supreme Court seems to ignore the political reality wholesale with overly-simplistic opinions like Manhattan Community Access—something it has rarely benefitted from before and is unlikely to now.

Henry Glitz is a student at the University of California, Irvine School of Law.