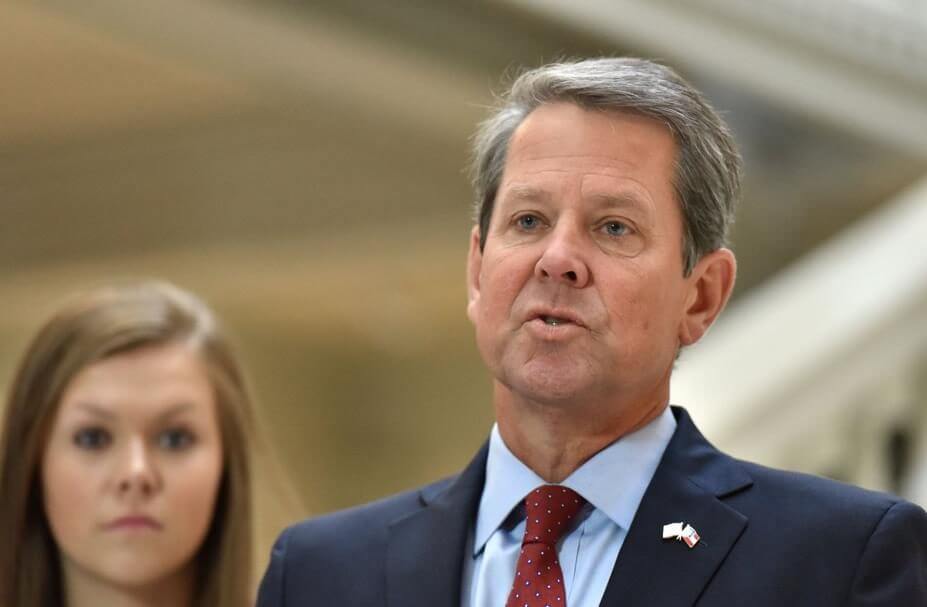 As the political battle rages over the merits of protecting the unborn, an eerie parallel is developing with a previous blight in Southern history. At the center of the controversy is Georgia’s “Heartbeat Bill,” which is designed to provide greater protections to the unborn. By choosing political convention over humanity and personhood, the opponents of the new Georgia law have taken up the mantle of some of the most loathed figures and maligned moments in the South’s Jim Crow legacy.

Differentiating between classes, Jim Crow laws institutionally subjugated the rights of African Americans, particularly in the Southern United States. While recognized as alive, African Americans did not receive the benefits of personhood. Scores of vile figures enforced those laws and adhered to that tenant. The driving force was generating a divide between favored and unfavored; some humans were considered persons, and others were not. The latter suffered under Jim Crow. The passage and enforcement of civil rights laws helped to provide legal personhood to those who did not otherwise receive the laws’ protections.

Theophilus Eugene Connor, known to most Americans as Bull Connor, was a racist politician who served as an elected Public Safety Commissioner for the city of Birmingham, Alabama, during the civil rights era. Connor’s name has become synonymous with those who distinguished between human life (no rights) and personhood (rights) in the Deep South along the lines of race. As Commissioner with oversight of the fire and police departments, he directed the use of fire hoses and police dogs against civil rights marchers.

Put another way, Bull Connor and those like him refused to enforce the laws which protected a politically powerless people. This was accomplished by generating and reinforcing a divide between which humans were to be considered “persons” and those who were not.

This month, Georgia Republican Governor Brian Kemp signed into law House Bill 481. This new law modifies Georgia’s existing abortion law to provide for greater protection for the unborn, a politically powerless people. The Heartbeat Law accomplishes this by defining the unborn as persons. Specifically, in addition to modifying, the HB 481 bill states: “It shall be the policy of the State of Georgia to recognize unborn children as natural persons.”

Accordingly, Georgia’s HB 481 serves the same purposes in connection with abortion laws as civil rights laws did in the South. Roe v. Wade is based upon the presupposition that life and personhood are two different, distinct concepts. Per Roe, abortion is acceptable to end “life,” and the government can only step into to protect “persons.” The parallels to Jim Crow are readily apparent.

The Nazi’s would have likewise embraced the depraved underpinning of Roe. A clear undergirding of Third Reich’s savagery was that some life was worth of protecting (persons), while others were not. This truism is reflected in Henry George’s recent Merion West column about Nazi mass murder of those with special needs under the amoral rationale, “Murder was now mercy.”

Under Roe, Jim Crow, and the Third Reich, the defenseless were left unguarded. HB 481 stands against this.

Of course, to justify baseless discrimination and rejection of personhood status for some, Jim Crow had to aggressively enforce lies and disinformation. Likewise, as is increasingly becoming the norm for the political left, HB 481’s simple statement of personhood unleashed incredulous histrionics. Instead of embracing the expanded protection for the most vulnerable among us, in their typical extremist fashion, leftist journalists and politicians attacked the effort to protect the most susceptible.

The following exemplary, non-exhaustive list of headlines proves the “parade of horrible” foisted upon the public:

Similarly sensational headlines were displayed at publications such as Glamour and The Week.

Here are the facts: Georgia has modified its existing abortion statute and has made performing an abortion illegal once a heartbeat is detected as opposed to the first and second trimester distinctions under existing law. The new bill contains exceptions allowing abortions when: 1) a physician determines, in reasonable medical judgment, that a medical emergency exists; 2) pregnancy is the result of rape or incest in which an official police report has been filed alleging the offense of rape or incest; or 3) A physician determines, in reasonable medical judgment, that the pregnancy is medically futile.

Nowhere does HB 481 impose liability on a woman who obtains an abortion.

Rather, the same liability exists now as it did prior to the passage of this modification. The law states: a person commits the offense of criminal abortion when he administers any medicine, drugs, or other substance whatever to any woman or when he uses any instrument or other means whatever upon any woman with intent to produce a miscarriage or abortion.

As such, liability would potentially lie with doctors, nurses, midwifes or pharmacists.

Fuller E. Callaway Chair of Law Emeritus at the University of Georgia School of Law Ronald L.  Carlson, a nationally recognized expert on the rules of evidence, criminal law and procedure, has explained that neither the text of HB 481 nor longstanding Georgia case law would allow a woman to be prosecuted for obtaining an abortion.

Perhaps such scholarly voices are gaining traction. Indeed, addressing the misinformation caused by the Slate articles and those which have blindly reprinted and/or referred to them, The Washington Post noted:

On Tuesday, Slate published an article with a not-entirely-accurate headline: “Georgia just criminalized abortion. Women who terminate their pregnancies would receive life in prison.”

It suggested that under the Georgia law, women who terminate their pregnancies would be prosecuted and sentenced to either life in prison or death.

“The news headlines and social media headlines that speculate about the bills’ unintended consequences are—at the very least—not productive. At most, they’re harmful,” Planned Parenthood’s Staci Fox told The Post on Friday.

Compounding the misinformation provided by these fraudulent headlines, various Democratic District Attorneys in Georgia have recreated what the civil rights laws defeated, choosing political expedience over personhood. Pandering to the progressive left, these politicians have shunned their oaths to uphold the law and turned their backs on those persons who need protection the most. They have done so by taking the “brave” stance that they will ignore the law and refuse to prosecute under HB 481.

Are congratulations due to District Attorneys who decline to prosecute people who do not violate the law? Women who seek abortions cannot be prosecuted under HB 481 in the first place. Politically, the only thing accomplished by these statements is that they feed the divisive narrative pushed by the far left.

Scholars, District Attorneys, and the language of the law itself demonstrate that woman cannot be prosecuted for obtaining an abortion. So where is the danger in this discourse?

Beyond the statements, that they won’t prosecute the un-prosecutable, those same District Attorneys have gone further and stated that they will not prosecute anyone under this law. In other words, they won’t enforce laws on the books designed to protect the most vulnerable among us: the unborn.

Seen there, then, is a resurrection of the mentality of Bull Connor in the part of the country that he and those like him flourished. By repudiating HB 481, these District Attorneys are enforcing a despicable distinction between life and personhood. They then have decided, like Bull Connor, that some life is worthy of their protection, while some is not, no matter what the law says.

Decades after the Third Reich fell and Jim Crow was dismantled, America continues to adhere to Roe v. Wade, which promulgated reasoning that would have been welcome in both venues. HB 481 seems to reverse that trend in Georgia.

To the contrary, however, by their embrace of Roe, through a group of Democratic Georgia District Attorneys, the spirit of Bull Connor lives on.

John Melvin is the District Attorney for the Cobb Judicial Circuit in Metro-Atlanta, Georgia and a tenth generation Georgian. District Attorney Melvin has also served as an adjunct professor of law, is a frequent lecturer on evidence, criminal law, and procedure, and is a published legal author.

One thought on “Georgia DA: Personhood Critics and the Heartbeat Bill”