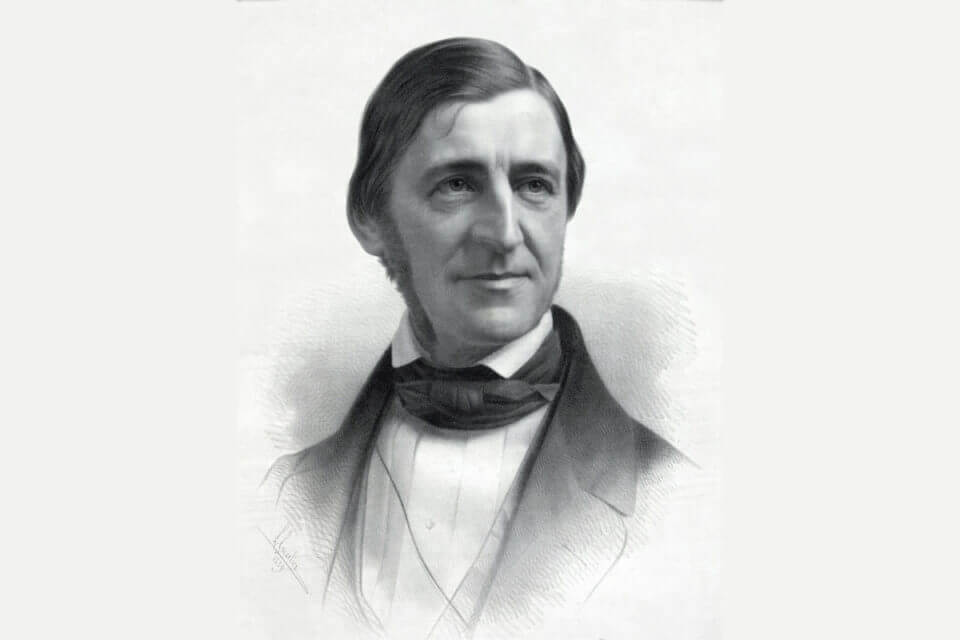 “Listen to me!  . . . Do not, above all confound me with what I am not.”  Friedrich Nietzsche’s plea, of course, was in vain. Even while alive but in a state of complete mental collapse, his sister began an egregious misappropriation of his writings.  She cultivated and perpetrated readings of Nietzsche sympathetic to German nationalism and anti-Semitism. This “German Nietzsche” as the avatar of the Aryan superman has generally collapsed, and after the fall of the Third Reich a reassessment of Nietzsche began.

In the latter part of the 20th century a wholly new interpretation has emerged. Nietzsche has become the avatar of a world without God and the prophet of postmodern relativism. In a great feat of intellectual alchemy, Nietzschean skepticism has been fused with Marxist social consciousness to produce Progressive gold.  What Harold Bloom calls “French Nietzsche” has swept through Academia and is now in its latter orthodoxical iterations.

He often appears to contradict himself, and he makes no attempt to reconcile his seemingly disparate views. Nietzsche as philosopher is, therefore, difficult to place into any kind of historical continuity.

Nietzsche has been described as a philosopher who is easy to read but difficult to understand. This is, at least in part, because of his seemingly fragmented and provocative aphoristic style and his disinclination to articulate any kind of philosophical system. He often appears to contradict himself, and he makes no attempt to reconcile his seemingly disparate views. Nietzsche as philosopher is, therefore, difficult to place into any kind of historical continuity and, in fact, he himself is often critical if not dismissive of the great philosophers of his age:  Jean Jacques Rousseau, Immanuel Kant, John Stewart Mill, Arthur Schopenhauer, and so on. At some point, many end up on the barb of his ruthless wit. And Nietzsche never even mentions Karl Marx by name, while routinely denouncing the emergent socialistic movements as resentful secular Christian heresies. Nietzsche has little unqualified good to say about individual modern philosophers—save one: Ralph Waldo Emerson.

Nietzsche loved Emerson from first to last. Nietzsche’s interest in and admiration of Emerson began when he was still a schoolboy and continued throughout his productive life. He studiously annotated and copied whole passages from German translations of Emerson’s essays. In 1884, Nietzsche described Emerson as, “a glorious, great nature, rich in soul and spirit” and pronounced Emerson to be, “the author who has been the richest in ideas in this century.”And commenting on a collection of Emerson’s essays, Nietzsche wrote: “Never have I felt so at home in a book, and in my home, as—I may not praise it, it is too close to me.”

Nietzsche’s identification with Emerson is elemental. Both Emerson and Nietzsche subscribe to a unified Heraclitan universe of perpetual change and conflict, what Nietzsche describes as a, “monster of energy  . . . eternally self-creating . . . eternally self-destroying,” a vast “play of contradictions” in what Emerson describes as a “series of balanced antagonisms.” This is Emerson’s “power and form,” Nietzsche’s “Dionysian and Apollonian,” or what he would eventually call “will to power.” A human being is then a force of nature, what Emerson calls, “a piece of the universe made alive” and human thinking, human consciousness itself is a natural phenomenon. All human ideas are expressions of various human life forms, and philosophy is essentially what Nietzsche calls, “a kind of atavism of the highest order.”And like all forms, human cultures and civilizations are sublimations of this paradoxical play of contrary and conflicting powers.

Both Nietzsche and Emerson emphasize the importance and integrity of the individual. This is not for some ideological or romantic reason but because it is only as individuals that we can know who we are and how reality works. “Nothing,” says Emerson, “is at last sacred, but the integrity of your own mind.” The individual is the locus of experience, and Nietzsche and Emerson are, above all, the most empirical of philosophers. What we can elementally know of reality we know firsthand as individuals, not as members of some group, nor by some explanation of reality received from others. What we can most importantly receive from others is not “instruction,” says Emerson, but “provocation”—and provocation is precisely what Nietzsche receives from Emerson.

Emerson, not unlike Nietzsche, articulates no systematic philosophy; he has no particular theory of history or of social or economic relations.  “Life,” for Emerson “is not intellectual or critical, but sturdy.” Emerson understands human thinking as the absorption of sense experience and its transformation by individual human consciousness, by what he calls “the fire of his mind.” Ideas are not merely human projections but experience transformed by the fire of thought; thinking is not so much the generation of ideas as it is the combustion of experience.

Nietzsche and Emerson are minds on fire; both inhabit a world of what Emerson calls “perpetual revelation.” “We stand before the secret of the world,” writes Emerson, “where Being passes into Appearance and Unity into Variety.” In such a dynamic understanding of reality, truth cannot so much be known, as it can be experienced or embodied. It is the scholar’s conceit to think of Nietzsche and Emerson as simply generating ideas and concepts to be analyzed by others.

We are, as Vedic thinkers have long affirmed, simultaneously observers and participants in reality; “We animate what we can,” says the “Hindoo of Concord,” “and we see only what we animate.” The nature of the reality we experience reflects the nature of who we are. This understanding of ourselves as simultaneously observers and participants is a key to understanding Nietzsche’s affinity with Emerson and key to understanding subsequent misreadings of both. Existence is neither a purely objective phenomenon nor a purely subjective one—but a dynamic of inner and outer forces. Existence is a poetic phenomenon.

As powerful and helpful as human concepts are, we always risk being seduced by our own “ideals” (or, for Nietzsche, “idols”) and drawn away from what Nietzsche calls “reality as it is.” Emerson, from his seminal essay “Experience”:

“The great gifts are not got by analysis . . .  We may climb into the thin and cold realm of pure geometry and lifeless science, or sink into that of sensation.  Between these extremes is the equator of life, of thought, of spirit, of poetry, – a narrow belt.”

Living on the equator of life is dealing with Nietzsche’s reality as it is, and it is the poet who best understands that we are creative beings in a creative universe. The poet, Emerson asserts, “stands among partial men for the complete man.” It is the poet who has the greatest power to “name” the world and who articulates and affirms the unity of seemingly antagonistic aspects. Fully understanding the limits of skepticism and analysis and the necessity of creativity is why Nietzsche refers to himself as, “an artistic Socrates.” Philosophizing itself is a creative act.

Understanding and accepting the poetic nature of existence requires accepting and confronting the limited nature of human knowledge. This is Nietzsche’s “tragic insight” or “tragic wisdom,” which is the most elemental truth of our existence. Tragic insight acknowledges ourselves as simultaneously observers and participants in reality. Simply analyzing or observing nature no matter how closely will not relieve us of our responsibility to confront paradoxical reality. We may break down reality into its pieces, but ultimately we live by wholes not parts; it is we who generate order and meaning from our experience.

It is precisely this human tendency to shrink from the poetic and tragic nature of existence and to confuse our ideas or interpretations of reality with reality, which informs both Emerson’s and Nietzsche’s criticisms of Christianity.  But even before Emerson’s controversial “Divinity School Address” at Harvard in 1838, Christianity as a whole comprehensive system, especially in Europe, was in decline. It would be Nietzsche, almost a half century later, who would best articulate the nature and consequences of this world historical event. Nietzsche would become the prophet of the death of God and the emergence of a kind of human being new to human history: the shallow, nihilistic last man.

When Emerson died in 1882, America was still somewhat of a frontier society, in Walt Whitman’s words, “a great poem” yet in the process of writing itself. Well into the twentieth century Emerson would come to seen as the philosopher of sunny optimism and individual self-realization, ultimately ignored or dismissed in the world of academic philosophy.

Nietzsche’s Europe of this time was still an expanding imperial power, but it was also experiencing the beginnings of what would become its own civilizational disintegration. Nietzsche would become famous for his insights into the great transformations, which have come to define the modern world. He is, to this day, the “bad boy” of European philosophy, variously condemned by some as the prophet of decay and nihilism, while praised by others as the avatar of ferment and liberation. All the while, Nietzsche’s debt to Emerson has largely been forgotten.

Understanding the nature of Nietzsche’s affinity for Emerson is to return to the powerful and persistent relevance of both. It is precisely the neglected Emersonian aspect of Nietzsche which signifies a return to observing and contemplating the spectacle of reality as a whole, as a vast unified play of forces of which we are always participants. A return to Emerson is a return to the integrity of the individual as the locus of experience and a turn away from our narrow, fragmented and increasingly dysfunctional ideologies and abstractions. A return to Emerson is a return to philosophy, a return to faith in our ability, not only to contemplate antagonistic forces, but to articulate how antagonistic forces interconnect and how we fit into the whole tragic spectacle.

Nietzsche’s respect and admiration for Emerson persisted throughout his entire life because Nietzsche’s fundamental understanding of reality persisted: we are tragic beings in tragic universe. Commenting on the passing of Emerson, Nietzsche wrote: “In Emerson, we have lost a philosopher”.

Chris Augusta is an artist living in Maine.