Is Jordan Peterson More Postmodern Than He Thinks? 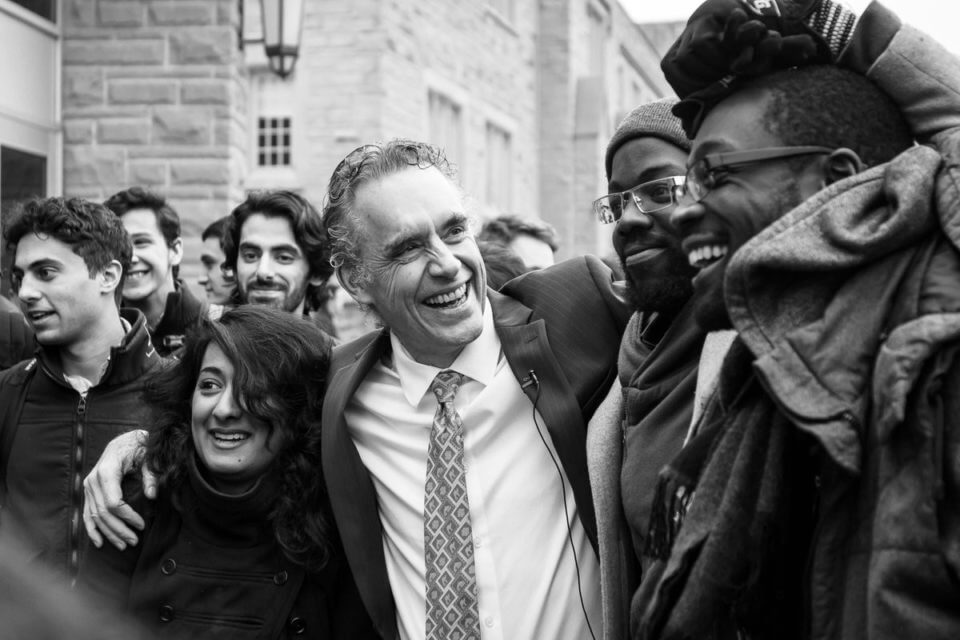 “Peterson is aligned with the alt-right not because he is a card-carrying member but because both he and the alt-right are nostalgic for previous paradigms. They yearn for the America of yesteryear—the same time period Trump and his supporters envision when they call to ‘Make America Great Again.'”

Jordan Peterson has been called “dangerous,” a “custodian of the patriarchy,” and “full of shit.” In each of his appearances, he articulates his frustration with what he terms “postmodern neo-Marxists,” which he defines as a group of radical identitarians who believe in “making over humanity in the image of [their] ideology.” “It doesn’t matter who you are as an individual,” Peterson explains of the ideology, “it matters who you are in terms of your group identity.” He assumes radical leftists think hierarchies are “constructs of the Western patriarchy” and must be done away with. Armed with leftist identity politics and an understanding of gender as socially-constructed, the postmodern neo-Marxists, Peterson fears, will tend towards authoritarianism by policing free speech and undermining Western society.

Peterson is one of the latest figures to assume celebrity because he peddles nostalgia for a time before postmodernism and identity politics. And he is not the only public figure to do so. In the wake of globalization, a worldwide financial depression, and intense technological acceleration, nostalgia has taken a firm hold of Western culture.

Nostalgic rhetoric peaks during times of crisis as individuals seek meaning and stability. The anxiety and fragmentation that accompanied globalization in the 1980’s and 1990’s intensified tremendously after the one-two punch of 9/11 and the financial meltdown of 2008. Resulting from global bankers engaging in predatory and subprime lending, the 2008 financial crisis only exacerbated this anxiety of a postmodern world in which the codes of meaning became scrambled beyond recognition. Palliative measures such as the bailout of major multinational financial institutions hammered the final nail in the coffin and ensured corporate capitalism is indeed “too big to fail.”

Struggling to locate meaning, individuals living through a contemporary global crisis look to mainstream culture like Hollywood films, television, popular music, and the circus of electoral politics for security. National identity becomes threatened and traditions are invented to soothe the uneasy meaninglessness. Cultural products that depict simpler bygone eras sell widely in the global marketplace. When Donald Trump vowed to, “Make America Great Again,” he was not only promising to put the country back on the map. He was also promising the easement so many yearned for: a return to a supposedly better past.

Jordan Peterson’s ideological brand sells very well in our nostalgia industry because it is, as sociologist Cindy Patton writes, “paradigms behind.” He approaches the problems of the world as a staunch defender of brute data and a harsh opponent of social constructionism. According to Peterson, everything in the world can be quantified and positivist science is the best means to understand people. He believes, for example, there exists a gender pay gap in the West, but that the cause of the gap cannot be reduced totally to the problem of gender. He cites studies in social psychology about male and female traits, essentializing human behavior and placing agency squarely in the hands of fundamental psychological characteristics that determine our lives.

By tearing down postmodernism, with its skepticism of fixed centers and master narratives, and citing positivist social science studies, he evokes nostalgia for a time before the postmodern turn—when male psychologists spoke publicly of inherent human traits and elder Caucasian males with firm temperament told the public how to live. In a profile for The New York Times, Nellie Bowles points out that Peterson’s dress— typically, three-piece suits—and speech are “from another era.” This “prairie populism,” as he calls it, endows Peterson with the air of a man from a previous time, although specifically what time period Peterson draws on is unclear (perhaps the psychoanalytic boom of the American 1950’s, perhaps even earlier.) Regardless, his brand of nostalgia-drenched philosophy has resonated largely with men, especially younger right-wing men who see in Peterson a symbol of a lost time when positivist social science and psychoanalysis were all the rage.

What’s ironic about Peterson is that, by peddling nostalgia, he unwittingly aligns himself with his enemy, postmodernism, which cultural critic Fredric Jameson maintains is a nostalgic paradigm doomed to “imitate dead styles.” Under the banner of postmodernism, anything truly real slides uncomfortably into simulation and “blank parody.” “[S]tylistic innovation is no longer possible,” Jameson writes of postmodernism, and the upshot is a culture that recycles past tropes in order to ward off the creeping tide of despair.

Peterson is aligned with the alt-right not because he is a card-carrying member but because both he and the alt-right are nostalgic for previous paradigms. They yearn for the America of yesteryear—the same time period Trump and his supporters envision when they call to “Make America Great Again.” It is a specific nostalgia for the past that unites Peterson and those who see radical hostility in emancipatory movements. In Peterson’s version of the past, men and women serve certain roles best; people don’t see themselves as victims, and the world can be understood by tracing symbols through history and running multivariate analyses—that is, reducing society to grand narratives and numbers.

And when Peterson isn’t hawking nostalgia, he’s parroting the usual neoliberal dictums. Like the ex-Silicon Valley technocrats trying to fix the attention economy, Jordan Peterson never acknowledges structural problems specific to neoliberalism because he advances a neoliberal ideology. His bestselling book, 12 Rules for Life: An Antidote to Chaos, is a self-help manual for the Digital Age that includes simple but practical advice on how to live in a postmodern world. His calls to “stand up straight” and pursue meaningful passions reflect the wider neoliberal slogans to pull yourself up by your bootstraps and follow your dreams.

But postmodernism is not an ideology of crowds, even though Peterson thinks it is. Postmodernism privileges the individual’s experience over the wisdom of any crowd. In postmodernity, thoughts are your own. Everyone is an individual, and you are the final arbiter. Peterson shouldn’t fear the rise of a postmodern mob. In fact, he is more postmodern than he thinks.

Like the blank parody of postmodern art, the context-less jargon of thinkers like Jacques Derrida mirrors the language of late capitalism. “The new orthodoxy that there is nothing outside the text,” wrote the late James Arnt Aune, “is the perfect ideological representation of life under late capitalism, in which nothing, it seems, is experienced outside of its media images.” Aune took serious issue with the ideology, very popular throughout much of Western society, that reality is built entirely out of language. He saw it as a distraction from more productive ways to affect social change. Whether or not this is the case, the idea that we as individuals create and experience our own realities coheres nicely with Peterson’s self-help neoliberalism. Both postmodernism and Peterson are quite good at keeping distant grassroots social movements.

In Peterson’s world, all of us are actors capable of forging our destinies. Falling under his spell, we are reduced to individuals with entrepreneurial minds who only need a little tough talk and a dash of nostalgia to get us to clean our rooms. If only we could return to the good old days of hierarchies. In the meantime, we write our own stories with recycled parts, each of us atomized from the other. How postmodern can you get?

Grafton Tanner is a writer in Athens, Georgia.

11 thoughts on “Is Jordan Peterson More Postmodern Than He Thinks?”