I’m a Gay Republican and I Hate Identity Politics 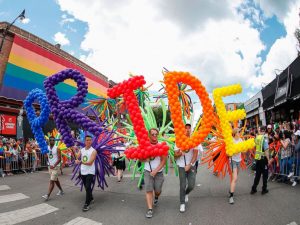 People should be judged based on the content of their character, not their identity traits.

“If you’re gay and Republican, you must hate yourself.” It’s a phrase I’ve heard a hundred times. For many people, the idea of a gay Republican man is so outlandish that they can’t wrap their heads around it. “How can you vote for a party that hates you,” they ask.

In today’s divisive world of politics, liberal politicians are more than happy to preach how gay people face discrimination and hatred from Republicans. They preach that gays are “special” and “need protection” from the harsh world, and the bigots on the other side of the aisle. They push the notion that words can be physically harmful, and someone who disagrees with you is a hateful bigot.

There are two massive problems with that.

First, gay people don’t face much discrimination nowadays. In the distant past, being gay could get you put in an insane asylum. And a little bit more recently, being gay could get you shunned and discriminated against. However, in today’s world, this is simply no longer the case. I have always been open about my sexuality since the day I came out years ago. I have never been discriminated against for being gay, not even once, and that’s not to say discrimination doesn’t exist anymore. I know that I’m lucky, but the point is that society has become pretty tolerant and accepting, contrary to what many on the left would have you believe.

Second, liberals absolutely love to tell minorities about how much they need them. When gay people are so brainwashed into believing they need the Democratic Party to just exist, they vote Democratic. Now, there are people who vote Democrat and happen to be gay, and that’s fine. But when a voter’s entire political identity rests on one unchangeable trait, there are negative outcomes, such as “group-think” and the loss of individualism.

Many liberals think the Republican Party is bigoted and homophobic because of its tie to Christianity and conservatism. However, they have been misinformed by this supposed correlation. Allow me – a godless, hedonistic, homosexual – to explain.

Every Republican I’ve ever known has always valued the individual over the collective. They have this idea that the merit of a person’s character is far more important than their sexuality, their skin color, or their economic status. I’ve met Republicans from all over the nation. I’ve sat down with social conservatives from the heart of Pennsylvania to hyper-religious conservatives from Texas to “New Age Conservatives” from Los Angeles. Not once have any of them become scared of me or say something bigoted because they found out I was attracted to men.

The most offensive thing someone said to me was “Aren’t gay people supposed to be skinny?” We all laughed hysterically, not because I’ve been brainwashed by some new-age-patriarchal-fascist-conformity that people in the media ranting about, but because it was hilarious. When people are too desperate as to not offend each other, they miss out on opportunities to make new friends.

In fact, the only discrimination I’ve ever faced was for being a Republican. I’ve been harassed, spit on, shoved, and received multiple threats on my life. People have made wild accusations against me because I voted for Donald Trump, lumping me in with Nazis and members of the KKK. These types of people will never respect anyone different from them, so don’t even try. They push their agenda and require complete conformity, or else you are the enemy.

Conservatives place a high value personal achievement rather than awarding identity points for simply being a minority of some sort. “You reap what you sow,” as the famous proverb goes. Demanding respect just for being gay is quite an absurd notion.

Take it from me, a gay millennial, the way to earn peoples’ respect isn’t by saying “I demand respect because I’m gay, or because I’m [insert other minority group here].” Instead, earn respect because you’re someone with commendable character or a strong work ethic, rather than immutable identity traits. I don’t want to be remembered as just “Frank, the gay guy.” I would much rather be remembered for who I am as a human being.

My name is Frank Messina, and I’m a proud gay Republican.