Nepotism: Kushner is Nothing Compared to Hillary Clinton 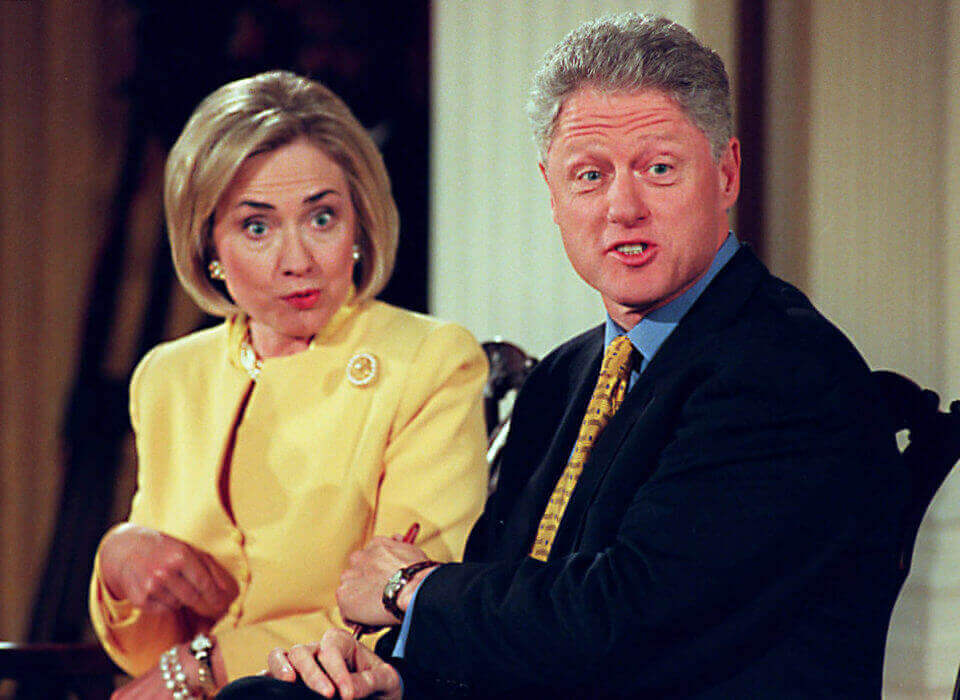 Critics may be correct to call nepotism on Jared Kushner. But the same must also be said for Hillary Clinton. If she hadn’t been married to the President, no one would know who she is.

Nepotism is a word that has been thrown around a lot lately on the left to criticize the Trump administration. Concern over the issue is not unwarranted when both Jared Kushner and Ivanka Trump could certainly be considered products of nepotism. Very little qualifies Kushner to be a Senior Advisor, and, though she does not have an official position, Ivanka’s influence over her father and her role in this administration have been significant thus far. Trump said himself that the way pictures of Assad’s victims affected Ivanka was a reason for launching missile strikes on the Syrian government. Democrats might be able to make a case for nepotism in the current administration, but before they do, they should take a quick look in the mirror.

When the Clintons became prominent figures in the public eye, their marriage immediately became a topic of question. The Clintons’ marriage is a perfect example of nepotism: “The practice among those with power or influence of favoring relatives or friends, especially by giving them jobs.” At the time Bill Clinton was elected president, Hillary had little to no experience with the issues she would try to tackle. She received power directly from the President of the United States, her husband, without the relevant experience to be qualified for the responsibilities bestowed upon her.

Before Bill and Hillary, the role of First Lady had traditionally been hostess of the White House, carrying only ceremonial duties. Hillary, for better or worse, was the most powerful First Lady in American history. She was tasked with revamping a health-care system responsible for 15% of the economy. Her proposal was coined “Hillarycare” and was so unpopular it could not get a floor vote in the House or the Senate, even when Democrats controlled both chambers.

Dick Morris, Bill’s most trusted political advisor, who was with the family since 1978, gave key insights into the relationship between the Clintons in a PBS interview from 2000. Morris says:

“And during the period of ’95 and ’96, the president really did not have a lot of confidence in Hillary’s political judgment. I think that came to an abrupt end with the start of the Lewinsky scandal, because I think at that point he realized again that he needed her to protect him and that she was the only one that could.

And she, in return, wanted more of a role in the White House and more power to coordinate the defense. And I think during ’98 and ’99, Hillary was the dominant force in his presidency, because he needed her, and because she had to play that role.”

This is a logical explanation for why Hillary decided to help Bill through the Lewinsky scandal: it gave her the opportunity for a huge power boost. She was perfectly happy to gain more political power in exchange for protecting her husband. She was on a quest for power, and would take it however and whenever the opportunity presented itself. Kate Bower, author of The Residence: Inside the Private World of the White House, writes: “Some on the staff have said that Hillary knew about Lewinsky long before it came out, and that what really upset her was not the affair itself but its discovery and the media feeding frenzy that followed.” A number of secret service agents give similar accounts.

Based on most accounts of how Bill and Hillary met each other, their relationship didn’t begin disingenuously. They met in a library at Yale Law School. The relationship took off from there and they were married in 1975. Bill had already begun his extramarital affairs just two years into the marriage, and maybe earlier.

In 1992, Gennifer Flowers came forward claiming a 12-year relationship with the future president. Bill Clinton initially denied these accusations, but later confessed under oath he had slept with her once in 1977. While it seems unlikely that it was a one-time fling, Bill has been accused by many women of sins worse than consensual adultery. Juanita Broaddrick, Paula Jones, and Kathleen Willey each have convincing accounts of traumatic sexual assaults by Bill Clinton. Of course Hillary, ever the advocate and protector of women, covered for him, smearing or threatening each woman who worried her. She called Flowers “trailer-trash” and Lewinsky a “narcissistic loony toon.”  Broaddrick claims that Hillary sought her out at a political fundraiser, grabbed her hand, and “thanked her” for “everything” she’d done for Bill. Broaddrick says when she tried to walk away, Hillary squeezed her hand more tightly in a way that was clearly intended to be threatening.

Continuously standing behind her husband for personal gain, Hillary began to climb the political ladder herself. She won the race for Senate in New York, ran for president in her second term, barely losing to the man who would choose her as Secretary of State. At this point, she had already used all the rungs of the ladder she could build from Bill’s career and was now making her own name.

Hillary’s ambition consumed her. At some point, she decided her marriage could be used to gain power and wealth. She was cunning, riding the coattails of her husband nearly to a presidency of her own, taking advantage of every opportunity presented. Without Bill, it is difficult to see a situation where Hillary becomes #2 on the Forbes list of “The World’s 100 Most Powerful Women.” This was pure nepotism, a business relationship reminiscent of Bonnie and Clyde.

Alex Baltzegar is a student at University of North Carolina-Chapel Hill.

2 thoughts on “Nepotism: Kushner is Nothing Compared to Hillary Clinton”