Is Bitcoin the Future?

Hans Riess graduated from Duke University with a degree in mathematics and is working towards a PhD in electrical engineering at the University of Pennsylvania. He is interested in applying concepts from mathematics to theories of optimal political decision-making.

We ought to harness the unique features of bitcoin to serve us more completely than traditional currencies have done in the past.

In January, I had the extraordinary privilege of attending the 2017 North American Bitcoin Conference in Miami. Among the many engaging speakers at the event was John McAfee, who was a 2016 Libertarian presidential contender and was the original founder of the well-known McAfee antivirus software. (Mr. McAfee is now the CEO of MGT Capital Investments). Mr. McAfee provided a conflicting message at the conference: bitcoin is user-unfriendly, confusing, and to a certain degree, vulnerable to cyberattacks such as keystroke or screen-logging spyware that can be easily hidden on smartphones. But in order for bitcoin to be successful and become a mainstream currency of exchange, your mother has to be able to use it.

I commend Mr. McAfee for saying what so few bitcoiners have had the humility to say. Let’s have a reality check. Outside the bubble of bitcoin aficionados, the currency is mysterious to the public at large. And when it comes to money, mystery is rarely tolerated. After all, you have probably heard very little about bitcoin: the pseudo-anonymous, international crypto-currency. If you have heard about it, you have probably have heard mostly the criticisms—that (1) Bitcoin is a deflationary currency, (2) it enables criminals and money launderers, (3) it cannot be used to buy practically anything you would normally buy on, say, Amazon.com, and (4) its price compared to the USD fluctuates daily.

(1) After a certain number of bitcoins are created, no more can be created. Hence, as global economic growth presumably continues past this point, the value of each bitcoin will increase rapidly. This is not as drastic as it may seem because bitcoins (theoretically) can be divided in arbitrarily small fractions, but this is a real concern nonetheless.

(2) Yes, criminals love bitcoin. Only one speaker at the conference, Jeremy Gardner, had the fortitude to admit this. Indeed, the infamous Silk Road, a website in which you can buy practically anything, including narcotics and military-grade firearms, facilitated its transactions completely in bitcoin. But just because a gun can be used to commit evil acts does not mean that the gun itself is evil. I don’t think bitcoin is any different. Unfortunately, bitcoin is inextricably linked with the criminal activity that it enables. However, we don’t see ourselves dismissing the usefulness of wire cutters or plastic explosives for similar reasons.

(3) No, bitcoin, as of now, cannot, for the average person, be any practical means of buying groceries, consumer electronics, or a new automobile. But it could be in the future. And to me that is enough.

I am not denying that these concerns are very real. And perhaps the greatest concern is the ease by which a perfectly intelligent person can lose the entire content of his bitcoin wallet by transferring it with the incorrect key. These concerns, all of them, need to be seriously addressed before bitcoin can break away from tech circles and criminals.

But these concerns should not diminish the exciting positive good that bitcoin can do. So while I cannot teach your mother to use bitcoin yet, I can prepare you for the world in which she can. 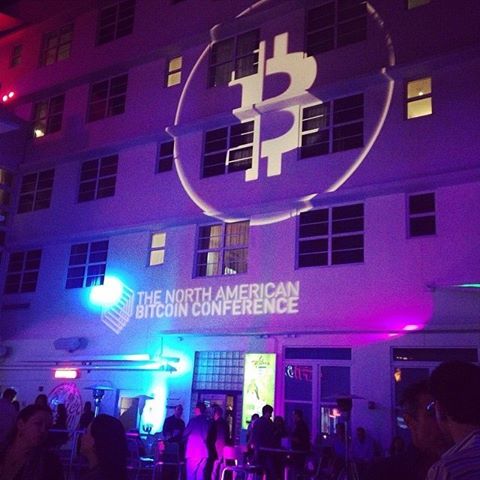 Bitcoin technology could allow charities to send bitcoin directly and anonymously to individuals’ smartphones (yes, while very few in developing nations have computers, smartphones are ubiquitous) in developing nations where corruption normally limits the effectiveness of sending money or food as aid. The individuals in need could then convert the bitcoin into the local currency with solar-powered, satellite, bitcoin ATMs (a technology not invented yet for the developing world) which would be owned by private individuals who would charge a nominal transaction fee.

Another example, which technology entrepreneur Flip Filipowski implied at the conference, is that bitcoin would be a very natural currency for artificially intelligent beings to exchange with one another as well as with humans. Although more sophisticated forms of artificial intelligence may be a long ways away, self-driving cars are coming in the immediate future. One possibility is that your car will drop you off at work and then find a robotic charging station; your car will pay the station the cost of the electricity in bitcoin plus a premium the station will charge for its services. It turns out that bitcoin is the most secure and convenient way for your car, for example, to make this transaction.

These are both very exciting applications. But here I will not focus on them, but dive into why bitcoin as a currency in general has great potential.

It is not always morally wrong to want to be “under the radar” when it comes to creating value and transferring that value with currency. After all, if privacy is a right, why does it end in your bedroom? Consider the question: does an individual have the right to compensate another individual without anyone else knowing? Although our current economic system may be based on the trust of financial institutions, human history tells us that trust can also exist among groups of individuals sharing a common purpose. Admittedly, however, this generally takes place best in interactions that take place more than once.

And even if there is indeed some risk in trusting an unknown person to pay you on the other side of the globe, the alternative is to trust the banks and governments that back them with an unnecessarily enormous control over your money. But with bitcoin you don’t have to. If you own bitcoin stored in an electronic bitcoin wallet, you are your own bank. You can securely send or receive any amount of bitcoin from your wallet into another bitcoin wallet without the approval or knowledge of any banking institution, which is ultimately under the close watch of some government agency. The transaction is verified by a private third-party party called a “miner” who uses their computing power to verify the transaction using “blockchain,” the world’s most provably secure public verification technology.

The beauty of bitcoin is how miners are compensated for their computational labor: whichever miner, approximately every 10 minutes, or more likely, mining company (e.g. Genesis mining was one such company that I met at the conference) successfully “hashes” the correct “block” on the blockchain used to verify transactions, earns 12.5 BTC, which is roughly equivalent to $11,000 USD. As one could imagine, the competition is fierce to win every block, and in practice miners pool together their efforts and share in the profits. When miners are paid, these bitcoins are not taken from any wallet, but are created out of thin air. In technical terms, this means that bitcoin is equipped with self-regulating monetary easing.

So say goodbye to the Federal Reserve, or even the gold standard. With bitcoin, you can throw all central regulation out of the window. And to me, and other techno-Libertarians this is the greatest appeal of bitcoin. Even if this does not appeal to you, even if it upsets you or scares you, you should still listen. Decentralization of a system—whether it be an economic exchange, a network, or in the case of bitcoin, both—means that if one part of the system fails, it has a controllably small effect on the whole system. That means that the value of your money does not depend on, for example, Standard and Poor’s rating of U.S. Treasury Bonds. The value of your money does not depend on politics, who is the chairman of the Federal Reserve, whether the U.S. in in a war, or whatever politically-motivated paranoia bureaucrats have about the U.S. economy going into the next “great recession.”

But if you put value in individual freedom, choice, and privacy, a decentralized system such as bitcoin makes it difficult—and I would actually say impossible—for a government to lay its hands on it.  In this, there is great power. With the election of nationalist Donald Trump, it seems that as a society we are shifting away from liberalism back to the nationalist, and even isolationist, paradigm. It is uncertain, given Trump’s push for high barriers for trade and his practice of strong arming American companies, how much economic freedom individuals will have in the future. Bitcoin could be a way to push back.

I have no fear in saying that unconditional free trade is the only economically-informed policy on trade. Bitcoin is the epitome of free trade. Not only are the likes of President Trump unable to regulate international transactions made in bitcoin, but they cannot even know the parties in the transaction. They can know—as can anyone in the world—that the transaction did in fact take place, but little else. In this way, bitcoin could be a force of resistance in this new uncertain era of American protectionism. Although we may be far from the ideal articulated by economist Jeffrey Tucker that technologies like bitcoin may one day reduce the need for the more invasive aspects of government, in the meantime, we ought to harness the unique features of bitcoin to serve us more completely than traditional currencies have done in the past.

Hans Riess is a columnist at Merion West. Mr. Riess graduated recently from Duke University with a degree in mathematics. He has spent considerable time studying the phenomenon of bitcoin.

Hans Riess graduated from Duke University with a degree in mathematics and is working towards a PhD in electrical engineering at the University of Pennsylvania. He is interested in applying concepts from mathematics to theories of optimal political decision-making.