The Misleading Claim that Bernie Sanders Is a “Hypocrite” 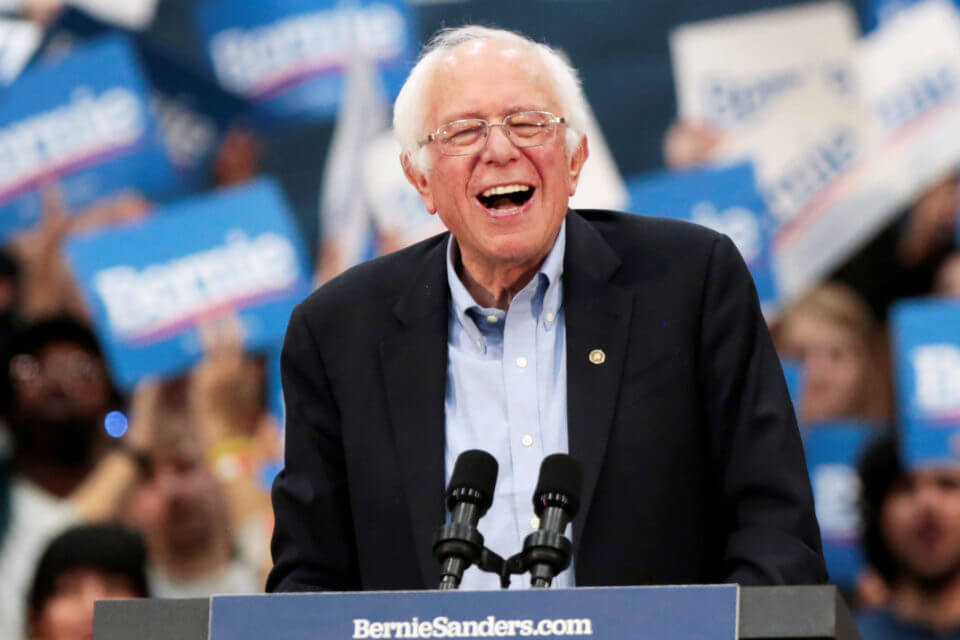 “Actually, Sanders status as a millionaire should calm and console those who believe that he thinks that all wealthy people are evil. His wealth should convince those people that he does believe in a free-market system.”

There is a commonly held belief that Bernie Sanders’ financial status (as a millionaire) undermines his message of re-distributing wealth to fund communal public goods, as well as his views on de-privatizing healthcare, making public universities tuition-free, and enacting a $15 minimum wage.  This belief, however, rests on a misunderstanding of the distinction between “socialism” and Bernie Sanders’ “democratic socialist” platform. The recent Merion West article “Bernie Sanders: A Hypocrite?” by Gabriel Andrade indulges in this misunderstanding. Andrade, to this effect, writes:

“Voters would want to elect honest people, and to have a wealthy socialist in power is not very fitting in that regard.”

The author also comments on Sanders’ admission that he is a millionaire because of his “best-selling book,” arguing that this fact contradicts Sanders’ rhetoric:

“In fact, Marxist theory would be very clear: the millions that Bernie received from his book sales is surplus unjustly extracted from laborers. For every book that Bernie sold, there was the guy who designed the cover, the guy who operated the printing press, the guy who delivered it to the customer via Amazon. Why should they receive a lesser portion of the pie? Marx had a name for it: exploitation.”

While I concede that this is an apt description of the theory of surplus labor (and, further, that I personally partially agree with this theory and the policies that stem from it), Bernie Sanders is not relying—rhetorically or policy-wise—on the concepts of Marx. Albeit, there are some intersections between Bernie Sanders’ platform and the main tenets of Marxism, but Bernie Sanders is not the sort of orthodox socialist who asserts that workers should seize the means of production and distribute the profits evenly.

The term “democratic socialist” denotes a post-capitalist ideology that promotes the de-privatization of all production. Bernie Sanders is not promoting a post-capitalist society that rids itself of the free-market; he is, instead, suggesting a mixed-market economy that de-privatizes health-care and public colleges. We can put aside views he may have held in his younger years when he was visiting the Soviet Union and had more “radical” stances. He has since drastically altered his views. Sanders is no longer calling to “decriminalize all drugs” or saying that “millionaires are unethical.” Actually, his platform is not even a “democratic socialist” platform, as such would be defined in many parts of the world; Sanders has, instead, appropriated the term and effectively imbued it with a new meaning—namely, his own platform.

Policies are what determine someone’s ideological alignment, not rhetoric.

If there had to be a title attached to his policies, rhetoric, and general platform, it would be “social democrat,” which is a populist, left-wing, more progressive democrat, who wants to socialize a few private sectors. So, though Sanders self-identifies as a democratic socialist, it is unproductive and incorrect to compare his platform to socialist ideals, as they are fundamentally two different set of ideas and policies. For this reason, statements such as Andrade’s claim that “his choice of the word ‘socialism’ does not help much, because, historically, that is what most socialists have typically believed” are inept and fail to distinguish among different degrees of socialist ideology.

This is why it is a misrepresentation to say that Sanders is a hypocrite because he is a millionaire, though Sanders rails against wealth inequality and the “1%.” Sanders does not act as if being rich is an ontological status, and he acknowledges that there is nothing inherently evil with being wealthy. As Sanders said in his Fox News Town Hall, “it isn’t vilifying to say that people who have a whole lot of money, in some cases billions of dollars in wealth, [sic] should pay their fair share in taxes.”

Most left-wing contemporary politicians, Bernie Sanders included, have recognized that the class binary of proletariat (working class) and bourgeoise (owner class) is no longer applicable to the modern-day politico-economic landscape, where there is a tremendous grey-area (the managerial class, online entrepreneurs, etc.).

Actually, Sanders status as a millionaire should calm and console those who believe that he thinks that all wealthy people are evil. His wealth should convince those people that he does believe in a free-market system. To this point, Sanders unambiguously supports capitalism, and his own wealth is indicative of that belief. The old socialist versus capitalist dynamic no longer exists in the United States. Sanders is not attempting to abolish the free-market or the people that gain the most from that system (the wealthy); he is simply attempting to re-distribute the wealth produced by that system via taxation.

So, Sanders’ platform is an egalitarian effort, but there are different types and degrees of equality. There is the socialist/ communist equality of outcome, where everyone receives the same salary regardless of their hierarchal position in a company or society (effectively abolishing private ownership), and, then, there is Sanders’ strain of democratic socialism that advocates for equality of opportunity. This explains his belief that all people—regardless of socio-economic background—should have access to comprehensive healthcare, as well as the opportunity to attend college. One can argue about the merits of these positions, but one cannot accurately state that Sanders is a traditional socialist, according to these policy positions. Policies are what determine someone’s ideological alignment, not rhetoric.

Teddy Duncan Jr. is an incoming graduate student at the University of South Florida.