Merion West: Why We Do What We Do 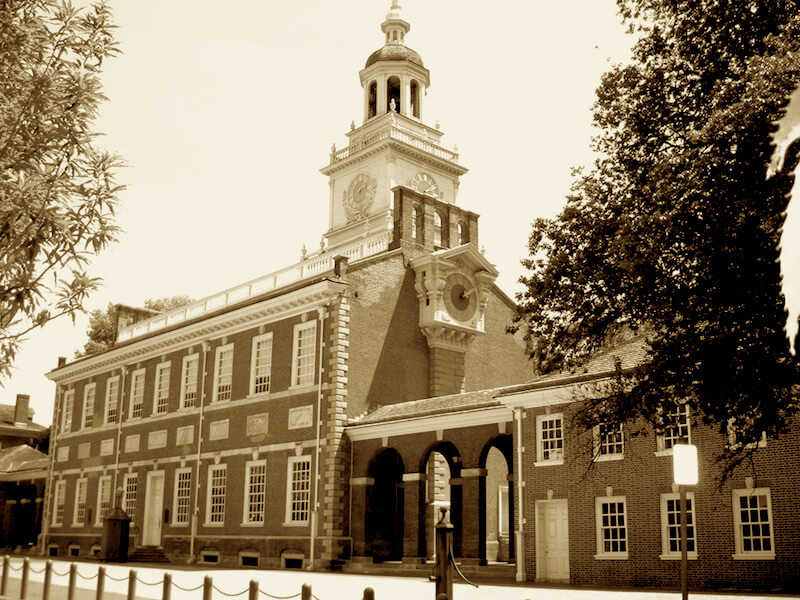 “Just as some married couples renew their vows, we, as a publication, will take a moment to do the same and explain why we’re still doing what we’re doing.”

Some publications have mission statements, statements of principles, or documents to that effect. Others don’t. In some cases, such statements are written years and decades after the publication was first established, seeming, at times, to ground post hoc in ideological terms the founding of a publication that was, in reality, established for much more practical purposes: whether perhaps to serve a town or community or to pay its publisher’s bills. These days, with the financial incentives of digital journalism still an open question, a great many ascendant, contemporary publications likely, in fact, were established, foremost, for ideological reasons. This was, at least, the case for Merion West three-and-a-half years ago. So, just as some married couples renew their vows, we, as a publication, will take a moment to do the same and explain why we’re still doing what we’re doing.

Now, of course, our original statement of philosophy still holds. It reads:

“At Merion West, we believe that there are few dangers more pernicious than the urge to become an obedient, unthinking member of a one-size-fits-all ideology…

The desire, whatever its source, to submit with unquestioning obedience to popular opinion or the most fashionable narrative is best met by exposing oneself to a variety of facts and the best arguments of each side. At Merion West, we provide this dogma-free analysis. Our commentary acknowledges that many of the issues are more complex than how politicians and other media outlets may frame them to suit their purposes.”

However—with this now reiterated—after three-and-a-half years of publishing, it is worth taking a moment to address a few questions that are frequently raised when it comes to Merion West and its guiding purpose. The first concerns language.

Politics, I have often argued, frequently amounts to the story of trying to define language. As such, the term “centrist” has come to mean a number of things. Rather than explaining the various competing definitions of the term and discussing how Merion West‘s content fits in (or doesn’t), I will simply respond to the frequent characterization I hear of Merion West being “centrist.” If centrism is conceived of as the average of the given party platforms of the Republican and Democratic parties, the Conservative and Labour parties, etc., then Merion West is certainly not centrist. Unlike other media personalities and publications that play precisely that game, Merion West does not seek constantly to finagle representing the constantly in flux midpoints of the competing major political groups in a given nation or system.

Instead, we represent a range of views, some of which do not even fit neatly into a Left-Right divide, or a Communitarian-Libertarian divide, or any other spectrum meant to conceptualize political differences. Not only do we publish content written from all of those perspectives (and others), we also publish content that is experimental in style and form, content that is sometimes as much poetry as analytic essay, as well as works that transcend the distinction between journalism and the descriptive essay. We also publish works that are truly apolitical.

Next, some ask why we still label our content among “Left,” “Center,” and “Right,” particularly when sorting articles in this manner can appear to run in conflict with our commitment to publishing pieces that resist hasty characterizations. And the answer draws out our equally strong commitment to addressing an ever-important question in the media space: that of bias. Unlike certain media projects that naively contend that they exist to provide an antidote to media bias, we believe that it is neither feasible nor even desirable to seek entirely to eliminate bias. One’s perspective is informed by experiences, readings, and background, and that is how it ought to be. So instead of seeking to eradicate or obscure bias, we instead label it and put it out in the open. And since policy positions can often be haphazard, an author’s label follows him wherever he goes. The “Left,” “Right,” or “Center” label is about worldview, rather than a given pro or con.

The response to a final question Merion West often fields may be painfully obvious; however, it is worth reiterating nevertheless. Frequently, I’m asked why Merion West spends so much time interviewing politicians, who are no longer in office, those who have retired, even those that have sworn to the high heavens they’d never consider running for another elected office again. With respect to digital strategy departments and the like that prefer to run stories with the names of the currently in vogue politicians, those who no longer have to worry about re-election can get closer to saying how they truly feel, to spilling the beans on what truly goes on in our political system. Look no further then our recent interview with former Virginia congressman Tom Davis (our choice for favorite interview of 2019) to see that fully on display. Just as the ancients might have written, “Call no man happy until he is dead,” we might say today, “Call no politician forthcoming until his last election is behind him,” if even then.

This is perhaps also an occasion for a general comment about the handful of publications such as Merion West that came onto the scene when they did. There is a distinct possibility that future times will come to regard these publications that emerged in response to the extensive tribalism (and political polarization in nations such as the United States) of the late 2010’s as little more than period pieces, relics of a time of historically anomalous political division. In order to protect against that, these publications ought to guard against reflexively arguing that groups themselves are always problematic; unthinkingly joining a group might, very well, be less than ideal, as our mission statement suggested then—and still does. However, this is not tantamount to arguing that one mustn’t ever organize himself with others; sometimes, it is appropriate. Other times, it’s less than ideal. The caution, though, must remain; and if one is to find himself a willing participant in an ideology—what George Santayana might call a “system”—he ought to, at the very least, have engaged in deliberation first and be able to see the inevitable shortcomings that lie somewhere in every “system.”

Lastly, we recognize that much of the writing at Merion West is challenging; we ask much of our readers, and our articles undoubtedly require a degree of concentration not always seen in the contemporary media environment. Perhaps journalism and education can have more in common than previously believed. And, besides, there’s always something to be said for exerting oneself a tad, here and there.

So we’ve been at this a little while now. And, as always, we look forward to what’s ahead.