The Importance of Transgender Representation in Politics 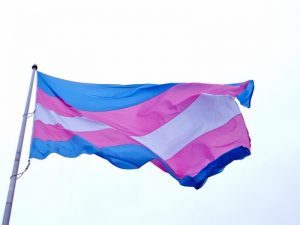 The election of transgender politicians to public office can effectively mobilize transgender individuals to become more politically active and engaged in the political process.

The notion of the “transgender” in the way that it is understood today was only constructed in the early 1990s. For this reason, along with the lack of formal education on transgender history and issues, transgender people remain greatly misunderstood and socially disadvantaged in today’s society.

It is no surprise that the November 2017 election of Danica Roem, the first openly transgender person to win a seat in the Virginia state legislature (and the second in any state legislature), was a groundbreaking moment for the transgender community, as it gave the community political representation it had long awaited. To make the win even more rewarding and noteworthy for the transgender community specifically, Danica Roem replaced incumbent Republican Robert Marshall, the man infamous for pushing a bill forcing people to use the public bathroom that coordinates with their biological sex rather than the gender with which they identify. Mr. Marshall has also been outspoken against other LGBT+ issues such as same-sex marriage. 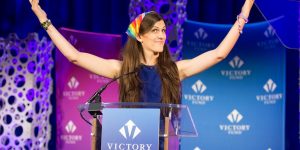 The legislative branch of America’s current federal government is dominated by heterosexual, middle-class, white men who make decisions on behalf of all of the underrepresented identity groups that also help comprise today’s society. Thus, representation of all minority groups is important for the social and political well-being of our nation. Nonetheless, transgender representation in government is particularly lacking.

As discussed in an academic piece about minority representation by University of Richmond Professor Eric Grollman, simply seeing somebody who looks like you or represents a central part of your social identity on a large scale can have self-validating and empowering effects. As this reality is far less common for members of the transgender community – especially in the form of positive representation – than it is for more privileged identity groups, Danica Roem’s election likely made many transgender individuals feel that they, too, could be successful on a grand scale.

Furthermore, as demonstrated by a recent study in the Annual Review of Political Science about the importance of minority legislators, there are a number of reasons as to why the presence of transgender legislators is imperative to the pursuit of social justice in America, specifically in terms of the effects on political participation. I will discuss a few of what I deem the most significant of these reasons.

On average, and perhaps unsurprisingly, transgender legislators are more likely to accurately represent the needs of their transgender constituents. For a community as marginalized as the transgender one, it is especially important to have representatives in office who understand the unique struggles that so many members of the community face and who are willing to use their position of power to thoroughly address them.

Increasing minority representation in the political realm has proven to impact policy outcomes. Thus, the presence of a transgender woman like Danica Roem holding a position in a state legislature is likely to encourage pro-transgender policies. With that said, this impact is more probable when minorities represent a sizable proportion of legislators. Thus, while Roem’s election is a victory in itself in both symbolic and political ways, it is far from what is ultimately necessary in order for true legislative progress to be made in favor of transgender citizens.

The study also reveals that the election of transgender politicians to public office can effectively mobilize transgender individuals to become more politically active and engaged in the political process. This phenomenon could be due to an increased faith in the political system to enact policy that will benefit them, or simply a more positive view of the system overall. While this is not always necessarily the case due to the overall makeup of the legislative or electoral base as well as the greater context, it can have notable effects.

Finally, it is worth differentiating the situation of the transgender community from that of other minority and marginalized groups due in large part to the fact that, despite recent breakthroughs in media representation and other outlets, they continue to suffer drastic amounts of violence, discrimination, and invisibility. Because of how few people report knowing a transgender individual, and relatedly how many people simply do not understand or ‘agree with’ the concept of being transgender, having openly transgender individuals in politics is tremendously impactful.

The progress our society has made in terms of transgender discourse, representation, and acceptance has not caught up with that of gay and lesbian issues. However, this can change with the election of more high-profile transgender legislators who have the firsthand experience and knowledge necessary to improve the lives of their transgender constituents.