What Being “Tough on Drugs” Should Really Mean 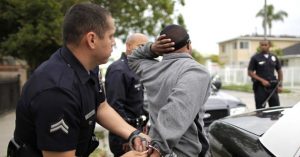 Honest criticism of current drug policy should not justify a culture of permissiveness about drug abuse.

We’ve come a long way since the anti-drug crusades of the 1980s, when “say no to drugs” was a moral truism in the same manner as “don’t lie, cheat, and steal.” Now, if you tell anyone under the age of thirty that you think the United States needs to be “tough on drugs,” they are likely to respond with something along the lines of, “Oh, so you support violence, racial oppression, and fiscal irresponsibility?”

In the last twenty years, society has grown to embrace the legalization of drugs, especially marijuana, and the movement shows no signs of slowing down. 61% of Americans now believe that marijuana should be legal, up from just 16% in the late 1980s. Eight states have approved measures to legalize recreational marijuana, while 29 states allow marijuana to be sold for medicinal purposes. Even though federal law has generally proscribed marijuana use since 1970, the Obama Justice Department refused to enforce these prohibitions in states that had independently chosen to allow recreational marijuana use.

However, last month, Attorney General Jeff Sessions reversed that policy, directing law enforcement to uphold Congressional marijuana restrictions, “tackle the growing drug crisis, and thwart violent crime across our country.” He was immediately lambasted in the media, even by members of his own party. Cory Gardener (R-CO) even threatened to stonewall nominations from the DOJ until Mr. Sessions changed course. This backlash is symptomatic of current attitudes towards marijuana and the war on drugs in general, and invites the question: is it possible to stake out a reasonable “tough on drugs” policy stance anymore?

First and foremost, Mr. Sessions and those who still oppose legalizing marijuana have good reasons for it from a public policy perspective. Marijuana today is much more potent than it was during the counterculture movement in the 1960s, and modern weed is engineered to be more addictive and to give users a bigger “high.” While you cannot fatally overdose on marijuana like you can on harder drugs (or even alcohol), there are certainly serious risks of abusing marijuana that the government has an interest in preventing, especially among youth.

For example, since Colorado’s legalization of the drug, the number of fatal car crashes involving parties under the influence of marijuana has risen sharply. Marijuana may also be a gateway to harder drugs or at least is linked with other types of substance abuse. And while it is a point of contention, there is good evidence to suggest that when pot is more easily accessible, more people use it. As philosophical conservatives have preached for decades, we should never underestimate the appetitive nature of humans nor the capacity for individuals to desire what is bad for them, especially when that bad thing is highly addictive.

Likewise, some marijuana legalization advocates concede that marijuana use will indeed increase if it is decriminalized—they just think the harm of widespread marijuana use is less significant than the financial and social cost of the drug war. As a comparison, there are a number of social risks to alcohol abuse that the government seeks to limit. This is why you cannot drink and drive, sell alcohol to minors, etc. Most people just believe that criminalizing alcohol is not the best way to combat these problems, even if legalization does increase access to alcohol and the rates of consumption. Frankly, people on both sides of the drug debate will readily acknowledge the harms of drug abuse, they just have divergent visions of how to address the problem.

To the credit of legalization advocates, criminalizing drugs alone will not be a silver bullet to stop the problem of drug abuse. The habits and cultural attitudes of a people will shape a nation’s behavior more than laws will. For example, the rate of tobacco consumption in America has declined dramatically since the turn of the century, not because we made cigarettes illegal but because of the public awareness campaigns aimed at convincing youth that tobacco was detrimental to a person’s health. Additionally, criminalizing things is often poorly implemented, and finding reasons to critique the drug war is like shooting fish in a barrel. It costs a fortune, disproportionately impacts communities of color, has not significantly reduced the supply of drugs, punishes non-violent offenders harshly, and militarizes the police force.

However, in our bullheaded rush to criticize the drug war we sometimes forget to acknowledge the social ills concomitant with widespread drug use that the government should certainly seek to prevent. Honest criticism of current drug policy should not justify a culture of permissiveness about drug abuse.

When it comes to marijuana, even if it is the least dangerous of the substances outlined in Schedule I of the Controlled Substances Act, is still harmful to people’s health and has the negative social affects mentioned above. Moreover, people often underestimate the power that the marijuana industry would have in a fully decriminalized system.

Even though legalization advocates point to tobacco and alcohol as exemplars of decriminalization, alcohol and tobacco still cause hundreds of thousands of deaths every year, and policy reform in these so-called “regulated” industries is routinely stonewalled by “Big Tobacco” and the alcohol industry. It would only be a matter of time before “Big Marijuana” had the same influence, tailoring regulations so that demand for their product increases and their cost of operations is hardly affected. And more perniciously, as legalization laws are passed, it sends the message that the government is willing to tolerate drugs. There do not seem to be any cultural institutions or movements that currently have the power to encourage moderation should the legal restrictions disappear.

And while marijuana may be worth treating differently than harder drugs like heroin or cocaine, such a distinction is sometimes lost in the uproar. Indeed, while light marijuana usage may be comparable to drinking beer, there does not seem to be a similar neutral stance towards hard, dangerous drugs. Yet that distinction is often overlooked.

It is fascinating that the movement for legalizing drugs is concurrent with our growing awareness of the opioid crisis. In 2015, 33,000 people died of opioid overdose, and most of those drugs were completely legal. None of the regulation the government was capable of could stem the flow of these drugs into the market—to the contrary, large pharmaceutical corporations leveraged their political power to ensure ease of distribution. This should cause any social libertarian to pause before heralding the benefits of a deregulated drug system. There must be a role for government to limit the supply and deter the distribution of dangerous substances before they eviscerate entire communities.

Of course, opposing full-blown drug legalization does not mean opposing reform. Being tough on drugs should not involve wearing blinders, but rather seeking to understand the full impact of drugs and the drug war on our communities, and balancing our interest in preventing death and disorder with our desire to craft effective solutions. We should be willing to reevaluate inflexible sentencing schemes, treat different drugs and different perpetrators differently, increase our efforts at drug rehabilitation, and even reconsider how we treat non-violent offenders who are only guilty of possession.

Portugal, for example, does not punish possession with jail time but makes it illegal to buy and sell drugs for profit, and has seen dramatic decreases in drug use. However, we must make a national commitment to safe, drug-free communities first and craft our policy accordingly, rather than defaulting to tolerance of dangerous drugs when our policies fail to stem the tide.